What was MoviePass thinking? 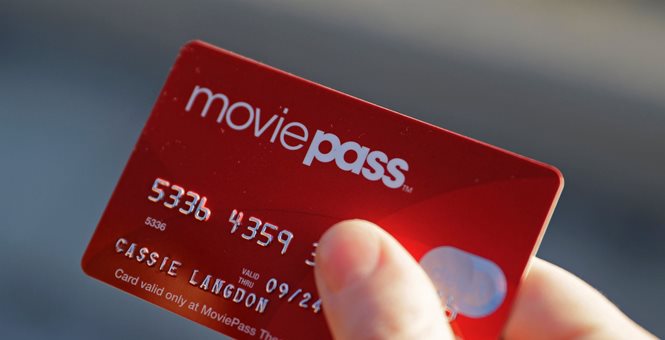 The more I read about the company and its financial problems, the more I’m convinced that I’m missing an important part of the story. They were offering one movie theater ticket per day … for $9.99 per month?

Is that right? That can’t be right.

I can imagine a business that offered a ticket a day for, say, $69.99 per month. That would be a simple wager between the company, armed with extensive market research, and its customer base as to how many movies the average person is likely to see in the span of 30 days. If the company knows that a certain number of people will sign up and then gradually let their membership fall into disuse, a la a gym membership, then the money it makes off of them will cover the cost of movie buffs who use the subscription three times a week. At a certain price point, the subscription model is profitable.

But that price point is most definitely not $9.99. In big cities you’d come out ahead with a MoviePass subscription after seeing one movie. If having a membership encouraged you to go to the theater, say, every Saturday and Sunday, you might well come out 100 bucks ahead. Every month.

I can also imagine a business succeeding if it had a deal with theater chains to purchase bulk tickets at cut-rate prices, minimizing the business’s loss on each ticket. But that wasn’t MoviePass’s business. They paid full price on every ticket.

What were they thinking? How could an “all the tickets you want for basically nothing” business model have ended any way other than ruin?

Maybe it couldn’t. After borrowing $5 million last week to keep the lights on, MoviePass announced today that it’s changing its membership terms. Its new business model: Reducing the reasons why anyone might want to subscribe to MoviePass.

MoviePass’ parent company announced Tuesday that subscribers will begin paying $14.95 and will have limited access to blockbuster films, citing a need for a “cost-reduction and subscription revenue increase.”

In a news release, Helios and Matheson Analytics says MoviePass will begin to implement its price change in the next 30 days. Subscribers’ limited access to blockbuster movies had already begun, with the first exclusion coming after the company mysteriously disallowed subscribers from getting tickets to see Mission Impossible 6 on Thursday…

For the past year, moviegoers could see any movie on any night they pleased, as long as it was the first movie they watched that day. Now, the company announced, MoviePass’ 3 million subscribers will not be able to use their pass to see popular upcoming movies such as The Meg and Christopher Robin in the coming weeks.

A movie subscription service aimed exclusively at non-blockbusters might have made sense, as theater chains would logically be more eager to make some sort of deal (profit-sharing?) with MoviePass to fill those empty seats. But there are no empty seats with “Star Wars” or Marvel movies, and yet MoviePass hasn’t limited access to seeing blockbusters until now. I can’t understand how they thought they’d turn a buck. The plan, presumably, was to cut the subscription rate to an insanely low rate in hopes of building as massive a customer base as possible as quickly as possible. Then they’d approach Hollywood and the theaters and see what they might offer for access to that base and, more importantly, access to the data MoviePass amassed from it. Special discounted tickets? Profits? The wager was that they could get the industry to bow to them before they went bankrupt. Oops.

In the end the theaters decided to beat them at their own game. AMC rolled out its “Stubs A-List” program last month promising three films a week for $19.95 per month — still a surprisingly good deal. But AMC can profit off customers in ways MoviePass can’t, starting at the concession stand. And AMC benefits if its program starts drawing moviegoers who typically patronize other theater chains into its own theaters. The Stubs monthly rate may just be a loss leader with hikes to come after the subscriber base has expanded sufficiently.

Anyway, watch this space for news of my own new subscription business, in which you send me a check each month and I send you a bigger check back. I’m going to approach MoviePass’s investors to see what they think.