Get Your Health Care for Nothing and Your Meds for Free 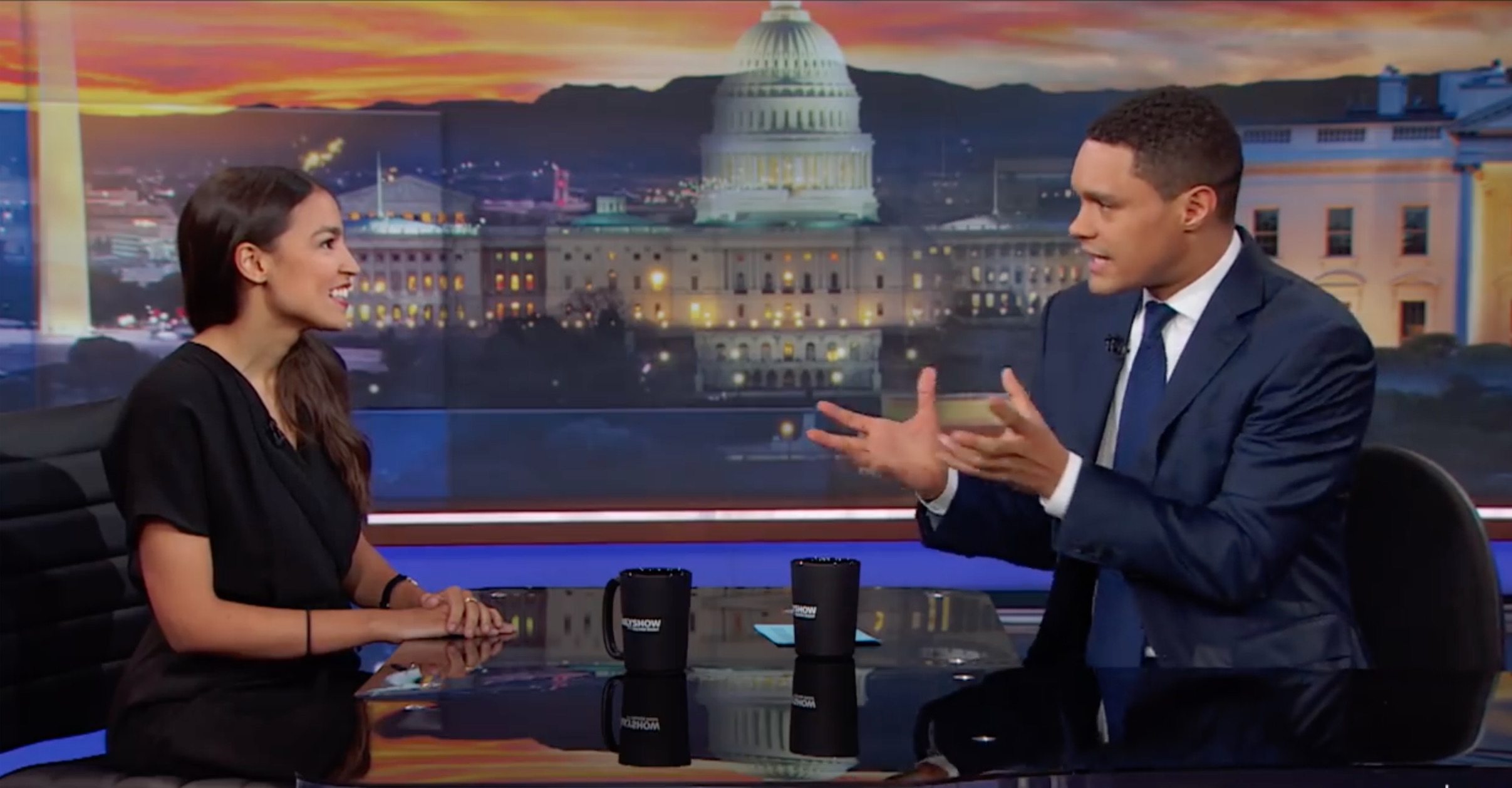 When Bernie Sanders or Alexandria Ocasio-Cortez discuss Medicare-for-All, it reminds me of the Dire Straits tune, “Money for Nothing.” A couple of guys working in Best Buy, or maybe Costco, talk as if the illusory world of an MTV video constitutes a realistic alternative to the drudgery of “custom kitchen deliveries.” If only they could play guitar, those private jets and pliant women would be theirs. This is how Sanders and Ocasio-Cortez talk about single payer. If they could just pass a few taxes and hospital payment cuts we would soon be dancing in the Elysian fields of socialized medicine.

In other words, the guys watching the video and the primary proponents of Medicare-for-All are just bloviating. The two amigos in the electronics store are never going to become rock stars, but they have a better chance of doing so than the Democrats have of imposing single-payer health care on a nation still recovering from the damage they did the last time they “reformed” our medical delivery system. And that isn’t merely because they won’t win the necessary majorities in Congress in November, it’s because they don’t want to pass Medicare-for-All. They know single-payer is a double-edged sword:

Polling emphasizes the instability of public opinion when it comes to single payer: Although support for single payer has risen in recent years, a Kaiser Family Foundation survey last year found that positive opinions on the issue were easily flipped when respondents heard that single payer would increase government control over health care or require many Americans to pay more in taxes.

That is to say, in both the House and the Senate, most Democrats don’t represent voters who want to give them carte blanche on single-payer. Regardless of dubious public opinion surveys that purport to show a majority of Americans in favor of single-payer health care, the Democrats know it’s a dangerous issue. The last time they had a chance to vote on it was in July of last year when Montana Senator Steve Daines proposed an amendment to a GOP repeal and replace bill that would have implemented a single-payer insurance system in the U.S. Not a single Democratic Senator voted, “Aye.”

Yet we keep reading that more and more Democrats are embracing single-payer health care. According to a story in the New York Times published when Senator Sanders introduced the latest version of Medicare-for-All, “At least 16 Democratic senators have embraced the health care system proposed on Wednesday by Senator Bernie Sanders of Vermont, which would expand Medicare to all Americans. The move signals that some Democrats are shifting left on health care.” Meanwhile, the Democrats have just launched a “Medicare-for-All Caucus” in the House boasting 60 members:

House Democrats are launching an official Medicare-for-All Caucus in an effort to promote a single-payer health-care bill.… Ellison is the lead sponsor of H.R. 676, the Expanded and Improved Medicare-for-All Act, which has the support of a majority of the House Democratic Caucus.… The bill contains only an outline of how it would raise the trillions of dollars needed to establish universal health care.

And there’s the rub, to coin a phrase: Neither the Democrats nor the legacy “news” media have been very forthcoming on exactly how much Medicare-for-All will cost. And this is not surprising. Policy experts on both the left and the right have issued hair-raising projections. During the 2016 presidential election, a left-leaning think tank — the Urban Institute — decided that someone should do the math on the single-payer health care plan offered by then presidential candidate Bernie Sanders. It turned out that free health care, as P.J. O’Rourke famously pointed out, is pretty darned expensive:

His campaign has centered on a promise of “revolution.” But revolution would be really expensive, according to a new report.…The main expense: Sanders’ health care plan. The Health Policy Center (a project of the Urban Institute, a D.C. think tank) estimated that Sanders’ health proposal would cost the government an additional $32 trillion to what it pays now.

The Sanders campaign predictably issued a statement to the effect that the Urban Institute had overestimated the cost, claiming that it didn’t properly calculate the “savings” his plan would produce via reduced administrative costs and paperwork. No one in his campaign provided that figure, but most voters instinctively understand that it takes a mighty big reduction in paper shuffling and administrative work to make a dent in a $32 trillion bill. All single-payer advocates claim that reductions in administrative costs would save huge amounts of money, but not even the Washington Post buys that claim:

The public piece of the American health-care system has not proven itself to be particularly cost-efficient. On a per capita basis, U.S. government health programs alone spend more than Canada, Australia, France and Britain each do on their entire health systems.…Simply expanding Medicare to all would not automatically result in a radically more efficient health-care system.

Now, let’s move forward to last Monday. Charles Blahous,a Senior Research Strategist with the Mercatus Center at George Mason University, released a 24-page analysis of the latest Sanders Plan: “The Costs of a National Single-Payer Healthcare System.” Blahous give the Sanders plan the benefit of the doubt by assuming significant administrative savings and accepting, as read, the claim that health care providers will be reimbursed at rates more than 40 percent lower than those currently paid by private health insurance. Even with these rather generous assumptions, the total cost projection sounds oddly familiar:

[The] Medicare-for-All Act (M4A), would, under conservative estimates, increase federal budget commitments by approximately $32.6 trillion during its first 10 years of full implementation (2022–2031), assuming enactment in 2018.… Doubling all currently projected federal individual and corporate income tax collections would be insufficient to finance the added federal costs of the plan.

All of which brings us back to the fond dreams of Senator Sanders and everyone’s favorite socialist. Alexandria Ocasio-Cortez. The former wisely avoids talking about how he expects to pay for his plan. But the self-styled, “girl from the Bronx,” is not so reticent. On The Daily Show, she told host Trevor Noah that it can be handled by cutting the nation’s defense budget and asking “people to pay their fair share.” One hopes that doubling everyone’s tax bill qualifies. She would also hit us with a carbon tax, a VAT tax (How we gonna move those color TVs?). Medicare-for-All? That’s the way you do it.… Money for nothing’ and checks for free.