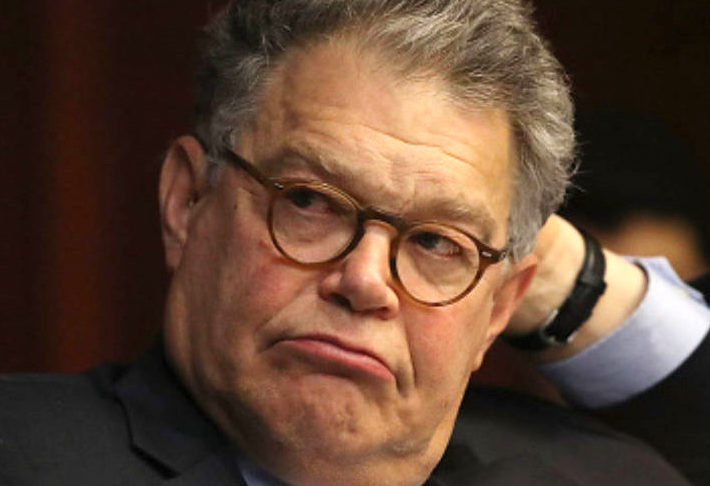 Al Franken purported to represent Minnesota in the United States Senate for nine years, but he had to pretend to come home from New York to run for office. After being driven from the Senate by his fellow Democrats at the beginning of 2018, has he ever returned to his purported home state? Apparently not. A local television station inadvertently gives the game away:

Sen. Al Franken returned to Minnesota for his first public appearance here since resigning from the U.S. Senate.

Which was seven months ago.

In an exclusive interview with WCCO-TV, he talked about how much he misses his old job.

I’ll bet he does, but how about the state where he graduated from high school nearly 50 years ago?

Franken appeared at the dedication of a new high school on the Leech Lake Indian Reservation. He received a warm greeting, and implied that he might run for office again.

If Franken does return to public life, where will he run for office? Minnesota? He does not even pretend to live here; actually, he probably hasn’t lived in Minnesota for decades:

[The Frankens] said they will be back in Minnesota in late August to visit friends and go to one of their favorite events, the Minnesota State Fair.

There you have it: they don’t even purport to be residents of Minnesota. That pretense was necessary only as long as Franken represented the state in the Senate.

This situation is not unusual. Tom Daschle supposedly represented South Dakota in the Senate for a number of years. He listed his mother’s home as his South Dakota residence. Needless to say, he didn’t live there. After John Thune defeated Daschle in 2004, Daschle never returned to South Dakota. He bought a multi-million dollar mansion in Georgetown–funny how much money you can amass on a Senator’s modest salary–and stopped pretending to live with his mother. Barack Obama is another instance of this phenomenon. He represented Illinois in the Senate, and, to be fair, he actually lived there for some years. But when he retired from the presidency, he settled in his real home. Like Tom Daschle and many other former pols, his real home is Washington, D.C.

I don’t expect to see an Al Franken comeback, but if he does return to public life, one hopes it won’t be in Minnesota, a state he abandoned in approximately 1975.