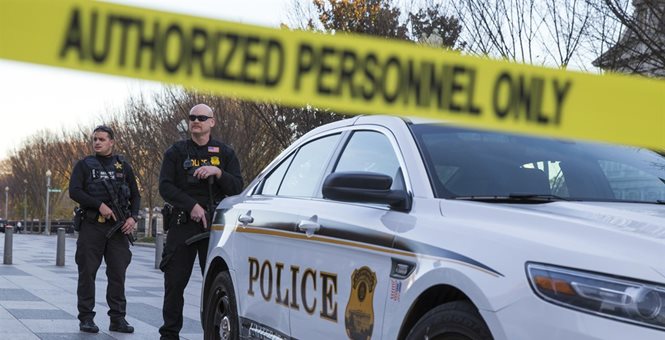 Holy foreign spy intrigue, Batman! What if I told you that a suspected Russian spy worked in the U.S. embassy in Moscow for more than 10 years before being caught? How about if I said it was the Secret Service that hired her? I know, it’s all sounding a bit crazy, even for 2018. Yet, that’s the story coming from The Guardian.

It wasn’t until 2016 that a routine security sweep brought this to light. She had access to highly confidential information, including the schedules of the president and vice-president. This isn’t Trump collusion story stuff, either. That would be Obama era story stuff. As it turns out, she was having “regular and unauthorized” meetings with members of the FSB, Russia’s principal security agency.

The Guardian has been told the RSO sounded the alarm in January 2017, but the Secret Service did not launch a full-scale inquiry of its own. Instead it decided to let her go quietly months later, possibly to contain any potential embarrassment.

An intelligence source told the Guardian the woman was dismissed last summer after the state department revoked her security clearance. The dismissal came shortly before a round of expulsions of US personnel demanded by the Kremlin after Washington imposed more sanctions on the country.

Why did it take so long for the Secret Service to get rid of her? A fear of embarrassment to the agency, if the reporting is to be believed. I would think that an investigation, at the very least, would be necessary to determine if she recruited others to spy and pass along confidential information. (The Guardian)

In a statement, it said: “The US Secret Service recognizes that all Foreign Service Nationals (FSN) who provide services in furtherance of our mission, administrative or otherwise, can be subjected to foreign intelligence influence.

“This is of particular emphasis in Russia. As such, all foreign service nationals are managed accordingly to ensure that Secret Service and United States government interests are protected at all times. As a result, the duties are limited to translation, interpretation, cultural guidance, liaison and administrative support.

It said: “At no time, in any US Secret Service office, have FSNs been provided or placed in a position to obtain national security information.”

One source suggested this information should go to Special Counsel Robert Mueller for investigation. How ironic that now, after all the fever dreams of #TheResistance, it may have been the Secret Service that is responsible for the DNC computer hacking in 2016 after all, because of this one Russian woman in Moscow?  (The Guardian)

“The US Congress is focusing on Russian hackers when it is possible that all of the information they needed to get into the system came from the internal breach in the Secret Service,” the source said.

Naturally, Russia is feigning ignorance. A Russian Foreign Ministry spokeswoman knows nothing about this spy story, she told journalists Friday. This is my surprised face.

During a media briefing on Friday, Russian Foreign Ministry spokeswoman, Maria Zakharova, told journalists she knew nothing about the suspected spy.

“I do not know who or what is being talking about. It is impossible to comment on something you do not know about. If there are any specific data, then let them provide it — we will sort through it,” Zakharova said.

A person familiar with this case says the woman in question was actually employed by the State Department, but did work for the Secret Service as part of her job at the embassy.

I’m not sure that Robert Mueller needs to investigate at this time but surely Congress would be interested in learning of the story. It definitely rises to the level of the House and Senate Foreign Relations Committees and the Intelligence Committees, along with those that deal with Homeland Security. It’s time for them to pick up the ball after Secret Service dropped it.