Vox: Sarah Jeong was just talking the way most people on the left talk about white people 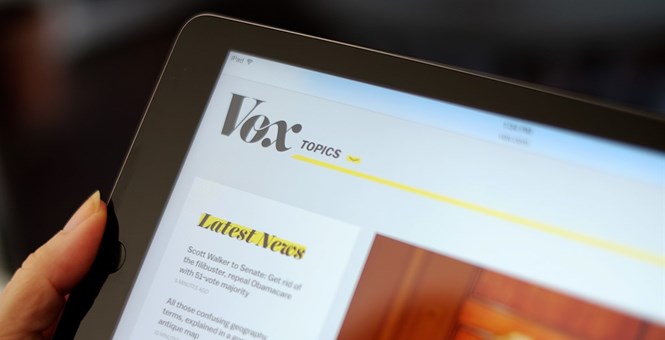 Earlier today I wrote that I wasn’t particularly concerned about Sarah Jeong or her job but I was somewhat worried about what the left’s shrugging indifference to her racist tweets said about their collective mindset. I also quoted from an Andrew Sullivan piece in which he argued that the left was redefining “racism” to mean something closer to “white supremacy,” i.e. something that only whites by definition can be guilty of engaging in. Here’s Sullivan:

The alternative view — that of today’s political left — is that Jeong definitionally cannot be racist, because she’s both a woman and a racial minority. Racism against whites, in this neo-Marxist view, just “isn’t a thing” — just as misandry literally cannot exist at all. And this is because, in this paradigm, racism has nothing to do with a person’s willingness to pre-judge people by the color of their skin, or to make broad, ugly generalizations about whole groups of people, based on hoary stereotypes. Rather, racism is entirely institutional and systemic, a function of power, and therefore it can only be expressed by the powerful — i.e., primarily white, straight men. For a nonwhite female, like Sarah Jeong, it is simply impossible.

Vox’s Zack Beauchamp has written a lengthy response to Sullivan and also to NR’s David French. His first line of argument is, ‘hey, Jeong didn’t mean any of this stuff literally.”

The problem here, though, is assuming that Jeong’s words were meant literally: that when Jeong wrote “#cancelwhitepeople,” for example, she was literally calling for white genocide. Or when she said “white men are bullshit,” she meant each and every white man is the human equivalent of bull feces.

Wow, what an insight. I’m going to go out on a limb here and say that no one who read “white men are bullshit” thought Jeong was envisioning a feces metamorphosis.

To anyone who’s even passingly familiar with the way the social justice left talks, this is just clearly untrue. “White people” is a shorthand in these communities, one that’s used to capture the way that many whites still act in clueless and/or racist ways. It’s typically used satirically and hyperbolically to emphasize how white people continue to benefit (even unknowingly) from their skin color, or to point out the ways in which a power structure that favors white people continues to exist.

Yes, we understand that all of this is essentially an in-group way of saying, “white people are bad.” In fact, Beauchamp has just conceded one of the points Sullivan made, “Scroll through left-Twitter and you find utter incredulity that demonizing white people could in any way be offensive. That’s the extent to which loathing of and contempt for ‘white people’ is now background noise on the left.”

To be really clear, in case Zack Beauchamp is reading this, “demonizing” does not mean literally turning white people into demons with tails and horns. It means bad-mouthing them as a group. The question is whether it’s a problem to have lots of people on the left constantly saying “white people are bad.”

Beauchamp then moves on to agree with Sullivan’s other point, i.e. the left doesn’t consider it possible to be racist against whites and therefore calling them bad as a group is not an issue:

What makes these quasi-satirical generalizations about “white people” different from actual racism is, yes, the underlying power structure in American society. There is no sense of threat associated with Jeong making a joke about how white people have dog-like opinions. But when white people have said the same about minorities, it has historically been a pretext for violence or justification for exclusionary politics…

It’s absurd to pretend, given centuries of racialized oppression, that the phrases “white people” and “black people” can be swapped in a sentence without profoundly changing the meaning.

Fair enough but if we’re going to play this power dynamic game can we at least note that Sarah Jeong is not black? Asians have had a rough time in American history but they are in a very different place in today’s America than black Americans. The average household income of Asian Americans is higher than it is for whites or any other group. Asians are disproportionately accepted to top schools like Harvard (where Jeong attended). So even if you accept the premise that there are some groups of people in a position to be badmouthing white people as a group, it’s not clear Sarah Jeong is one of those people. And, no, a couple of racial slurs on Twitter don’t make her a victim. Everyone gets garbage like that on Twitter because Twitter sucks (though I think it’s true women, on the right and left, get it worse than men).

Second related point: You can tell someone that they’re part of a privileged group and criticize them for it, but the problem with generalizing so broadly is that there are plenty of white people out there who are not doing particularly well in terms of wealth, or drug addiction, or life expectancy at the moment. Those folks shouldn’t be lumped in with the white titans of industry or rich frat boys or whoever else Jeong imagines her tweets were aimed at.

The real problem with Jeong’s “white men are bullshit” tweet, and all the rest, is that even if we agree it wasn’t literal and even if we use the power dynamic analysis Beauchamp favors, she has more social and economic power than a lot of the people in the group she’s attacking. Even on average that’s probably true (or will be soon enough) and certainly, to the people below the average who didn’t go to Harvard, they won’t be catching up with her ever. To them, she’s the elite punching down, not the victim punching up.

To put this in terms Jeong might appreciate, to a lot of folks she doesn’t look like an oppressed victim, just another social justice edgelord engaged in s**tposting.

Here she is! @nytimes pic.twitter.com/yPIOf0qF1T