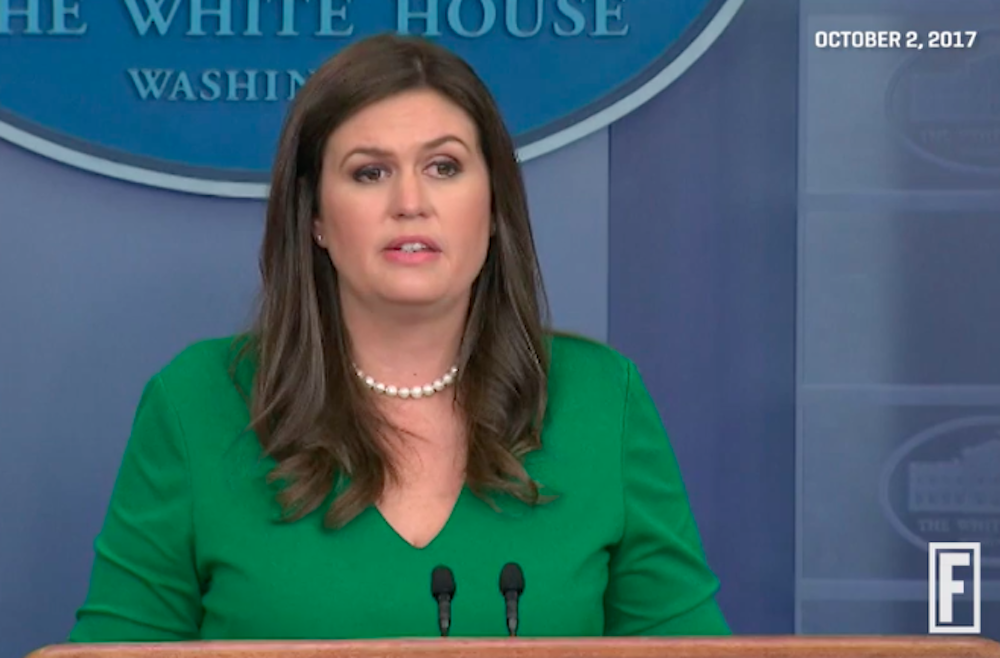 “Nobody advocated for Sanders being choked,” Blake wrote, before explaining about the time an MSNBC reporter called for another reporter to wring her neck. Sanders’ comparison of wringing a neck to choking is “uncharitable,” he claimed.

“Nobody said Sanders should be harassed as a life sentence,” Blake wrote, in an even more brazen denial of the facts. “[Jennifer] Rubin said nothing directly about people ‘harassing’ Sanders, although she did say being ‘uncomfortable’ should be a ‘life sentence’ for Sanders …”

Blake also claimed Sanders is wrong to say reporters brought comedian Michelle Wolf on stage to mock her at the White House Correspondents dinner. “Sanders makes it sound as though the press tasked Wolf with ridiculing her,” Blake wrote. Of course, that’s exactly what the reporters who invited Wolf to the dinner tasked her with, which is why the White House Correspondents Association felt the need to apologize for her appearance.

In fact, Sanders’ statement about harassment is totally accurate. “The media has attacked me personally on a number of occasions, including your own network — said I should be harassed as a life sentence, that I should be choked,” she said, adding: “When I was hosted by the [White House] Correspondents’ Association, of which almost all of you are members of, you brought a comedian up to attack my appearance and call me a traitor to my own gender.”

Blake’s “fact check” in the Washington Post is one more example of Sanders’ unfair treatment from the press. His attempt to excuse vicious and violent calls for harassment of a woman comes one day after the Washington Post excused a virulent racist hired by The New York Times, claiming Sarah Jeong’s pile of overtly racist tweets against white people were just “making fun.”