Troy is running against a Democrat who lied about his relationship with Nancy Pelosi.

Troy Balderson, running for Congress from Ohio, is in a big Election fight with a candidate who just got caught lying about his relationship with Nancy Pelosi, who is weak on Crime, Borders & your 2nd Amendment-and wants to raise your Taxes (by a lot). Vote for Troy on Tuesday!

During the rally President Trump looked over and saw Rep. Jim Jordan standing off the stage. 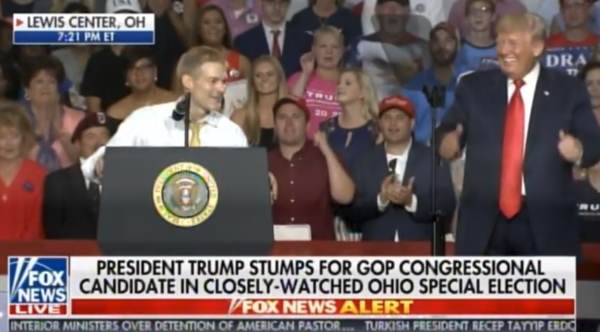 President Trump called the popular Republican to the stage to share a few words.

The people have spoken!