CNN fires back at Trump tweet, Michael Jordan responds, too 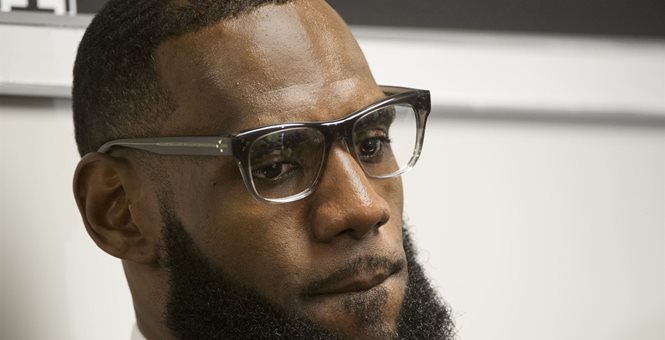 Another day, another tweet from President Trump getting attention from the fourth estate.  Friday night CNN’s Don Lemon interviewed basketball icon LeBron James about a school in Akron, Ohio that James’ foundation will sponsor. I’m no fan of James, but this story is, by all appearances, a really good one and the man deserves credit. President Trump, however, apparently wasn’t of the same opinion.

We know that Trump isn’t a fan of CNN because he tells us that all the time. We know that Don Lemon and LeBron James are Trump critics, too. I didn’t see the interview as I’m not one to watch evening cable news programming on any of the networks after Bret Baier’s Special Report show on Fox. I do sometimes tune into Shannon Bream’s late night news show. Anyway, it seems that Labron James stated his opinion that President Trump is dividing Americans and uses sports now to do so.

“[Trump] is dividing us and what I noticed over the last few months that he’s kinda used sport to divide us and that’s something I can’t relate to, because I know that sport was the first time I was ever around someone white,” James said.

The combination of Lemon and James on CNN must have triggered the president so he took to Twitter to get the message out.

Lebron James was just interviewed by the dumbest man on television, Don Lemon. He made Lebron look smart, which isn’t easy to do. I like Mike!

CNN wasn’t going to let that stand so the PR team tweeted that First Lady Melania Trump must have had the remote control. You may remember the stories that reported that Mrs. Trump sometimes watches CNN. So, CNN was replying with a bit of snark by dragging the First Lady into the mix and also referring to her work with her #BeBest campaign.

Sounds like @FLOTUS had the remote last night. 📺 We hope you both saw the incredible work of @KingJames. #BeBesthttps://t.co/3Ok0z9Z6Ro

That was interesting. Actually, I would argue that Trump wasn’t the first to enter the dividing of America through sports, though. I’d say that the person responsible for starting down that road is Colin Kaepernick. What happened to Michelle Obama’s mantra allegedly embraced by her Democrat fans – When they go low, we go high? Mrs. Trump’s spokeswoman then tweeted her displeasure that the #BeBest program was used to slam the president.

#BeBest is a sincere campaign meant to help children. Not something for @CNN to use to mock @POTUS https://t.co/WRJqscOHW4

Ok, then. The ‘Mike’ is legendary basketball star Michael Jordan, who, as it turns out, is also no fan of Trump. Jordan felt dragged into the skirmish, I’m assuming, and he issued a quick response himself – on CNN, naturally.

On Saturday afternoon, former NBA star Michael Jordan (“Mike”) responded to the whole kerfuffle where it began – on CNN.

“I support LeBron James,” a spokesman for Jordan said. “He’s doing an amazing job for his community.”

So, yeah, everyone was getting in on the action. Since when does Trump watch CNN anyway? CNN’s antagonism against him these days is ironic, given how many millions of dollars of free time they gave Trump as a presidential candidate on their network. Trump was literally phoning into the network at all hours of the day and night and getting put on air with whatever anchor was on. They couldn’t get enough of him.

The petty silliness on Twitter isn’t the real story, though. The real story is LeBron James and the school in Akron. He has opened a public school for low income and at-risk third and fourth graders. Named The Promise School, it is not a charter school and unique in that James’ Family Foundation has kickstarted the I Promise Network to give the school the resources necessary for James’ intended model. So a deal has to have been struck with the teachers’ union and the Akron public school system in order for The Promise School to be opened.

The school builds on proven techniques that have been successful in other school systems – longer school days, greater access to the school and its facilities for everyone and also a non-traditional school year. If you are familiar with KIPP schools, for instance, the model sounds very much like the one used by them. In the case of The Promise School, a broader focus on the community comes into play, too. Parents and other adults will have access to GED programs, an on-site food bank, job placement assistance for parents, each student receives a bike so that they can expand their physical world, and the guarantee of college tuition paid to the University of Akron upon graduation. I’d say that is quite a package for anyone.

This school opened last Monday with 240 students divided into the two grades. In 2019 grades 2 and 5 will be added and first and eighth grades by 2022. This is LeBron’s home community and he is paying it forward now. Any time someone is trying to do something positive about the public education system in this country, I will encourage it. Even if it is LeBron James. (I’m joking. Kinda.)

I went over to check Don Lemon’s Twitter feed to see if he tweeted about the back and forth playing out. Of course, he did.

Shhh. No one tell Mr. Lemon that it was Barack Obama that set up the “cages” for illegal aliens to begin with, ok? We wouldn’t want him to have his bubble burst. And, finally, LeBron James’ only tweet since Trump set it all off is this one and it shows he’s got the right idea – focus on the kids and their new school. Good for him.

Let’s get it kids!! Love you guys https://t.co/kY88geedus