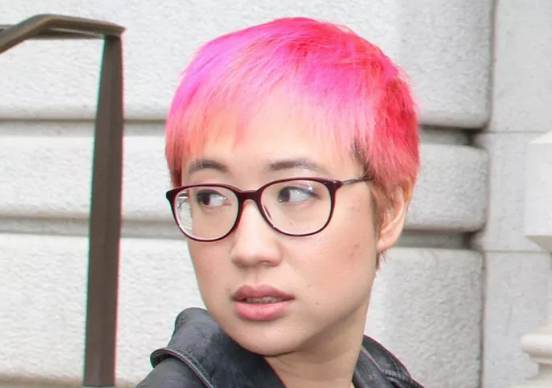 Sarah Jeong is set to join the New York Times editorial board next month. We have been exploring her “thinking” on matters of current interest, especially including sex and race. To these matters she brings a blunt touch. Say what you will about her, she fits right in with the perpetual hatefest that has consumed the Times in particular and the left generally since the election of Donald Trump as president. One wonders how Jeong was overlooked as a contributor by MSNBC or CNN. Jeong brings something that might pass on the left as high theory to the perpetual hatefest (video below).

In what historians now call Jeong's "fuchsia-hair period," she developed the thesis that "so many things suck" b/c "everything is organized" around how “white men see the world.” The depth, nuance, & originality of her thesis stunned the Ivy League. pic.twitter.com/wTvFjhmhDg