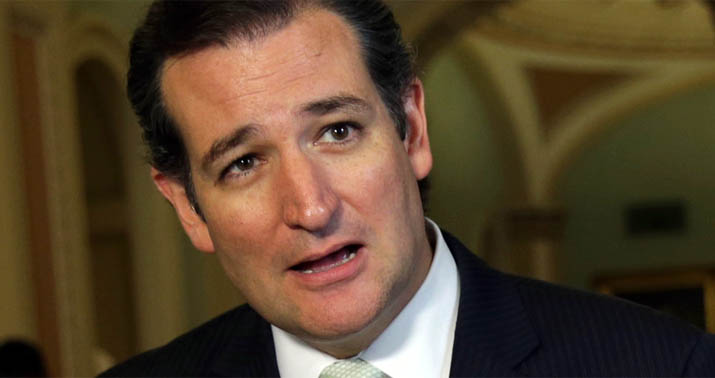 Running for re-election, Senator Ted Cruz (R-TX) is promoting his first television ad which is out now and it’s all about spotlighting his attention to “helping” his fellow Texans after the devastation of Hurricane Harvey. The problem with this line of justification for his re-election, though, is that these boasts ring hollow with many of his fellow Houstonians and other communities affected by the storm.

Have you seen our new TV ad?

Why do the boasts ring hollow, you ask? Besides the ill will generated with many previously loyal supporters of Cruz when he exhibited his juvenile, poor loser behavior during the RNC when Donald Trump was clearly going to be the party’s nominee for president in 2016, Cruz has added fuel to the fire by exaggerated claims of support now for Hurricane Harvey victims. He was only too happy to brag about being one of the few Republicans senators to vote against the omnibus spending bill in late March 2018 and therefore, he literally voted against spending to help allow Houston’s recovery.

Let me be clear here. I understand the need to rein in spending in our bloated federal government. I agree that a $1.3 trillion spending bill is a “monstrosity”, as Cruz described it. I know that it is common for politicians to overreach in trying to glorify their record come re-election time. This from Cruz, however, I can tell you is not sitting well with the folks in your nation’s fourth largest city. Many, many people are still rebuilding and repairing homes as we approach the one year anniversary of the historic storm. I live in Houston and many of these folks are my friends and acquaintances. We live in a part of the city that hasn’t flooded on this scale ever before and only did so during Hurricane Harvey because of the decision of the Army Corps of Engineers to release water from the city reservoirs. My best friend’s house is still under construction, rebuilding her home’s entire first floor and she is one of the lucky ones to have flood insurance and a construction crew that was able to respond in a timely way. She and her husband (and their sweet Golden Retriever) have lived on their home’s second floor for some eight months so far with no definite end in sight.

As this piece in the Dallas Morning News aptly explains, Cruz was not held accountable publicly for his backhand to his neighbors and supporters at the time of his vote but that is all changing now.

You see, when Cruz voted against the $1.3 trillion spending bill to fund the government last month he claimed it was a “monstrosity.” But what Cruz didn’t say — and got away with scot-free at the time because the bill passed — was that by voting against that bill he voted against all kinds of things Texans need and want.

It is one thing to stand on principle. It is another entirely for a first-term senator to expect a second term while hoodwinking voters back home by opposing the very items that farmers, ranchers, soldiers and scientists reasonably depend upon. John Cornyn voted for these bills. But not Ted Cruz.

Fortunately, the senior senator from Texas, Senator John Cornyn, is second in charge in the U.S. Senate and knows how to get the work done. Let the short-sighted purists belittle Senator Cornyn all they want (and they do, including wanting to censure the senator at the recently held state party convention over his vote on the omnibus) but reasonable people know that it is the responsibility of the federal government to support local and state governments for infrastructure and public safety. No one would reasonably expect a city to be able to handle millions, up to billions of dollars in trying to make the city acceptably whole and functional again. Houston would have been hit hardest had the bill failed, but also Dallas (military contracts to build equipment), farmers and ranchers, homeland security and border protection, and federal research at universities.

Houston. No single place would have been hit harder had Cruz’s position prevailed than Houston. Cruz’s vote opposed fixing Addicks and Barker reservoirs, which inundated neighboring developments during Hurricane Harvey; the new law includes $16.5 million for that as well as more money for flood and storm reduction, according to Republican Rep. John Culberson. Culberson also said the law, with $20 billion, will restore NASA in Houston to the “glory days of Apollo.”

Cruz is in a tight race, alarmingly so given that Texas has been a reliably red state for some 20 years or so. The latest polling released over the last week so the race has settled into one with a difference anywhere from 2 to 6 points, favoring Cruz. Something to remember about polling in Texas, though, is that it tends to lean favorably to Democrats, especially this far out from election day. So, the polling should still be taken with a healthy grain of salt. A good ‘Texsplainer’ can be read HERE.

But by how much Cruz leads depends on who you ask. A Texas Lyceum poll released Wednesday gave the Republican incumbent a 2-point advantage. A Quinnipiac University poll released hours later gave Cruz a 6-point lead. And a Texas Tribune/University of Texas poll released in June had Cruz ahead by 5 percentage points.

Cruz knows he has to fight complacency often found with conservative voters in Texas, content to believe Texas is a solidly red state no matter what else is going on in the rest of the country. I have heard more than one former Cruz voter say that he will not be their choice in November 2018. Saturday, Cruz attended a gathering of conservative writers, voters, and the general public in Austin. He was interviewed on stage by the group’s founder and a Cruz supporter from the earliest of Cruz’s political career. Cruz spoke about getting out the vote to win re-election.

Ted Cruz to his fellow Republicans on the 2018 ballot: "This is not an ordinary cycle. The far left is filled with anger and rage and we underestimate that anger at our peril." https://t.co/mXll3paqbM #Cruz #Beto #Campaign2018 #Midterms

I can tell you that the fundraising emails I receive from Team Cruz are written in a bit of a desperate tone – send money now! Ted’s race is too close! As I write this, there are five debates scheduled on the table, with the O’Rourke campaign requesting a 6th one to be scheduled in Beto’s home base of El Paso. That seems fair to me, given that one debate will be held in Houston, Cruz’s home.

I think Cruz will win re-election, deservedly or not, this time around. Unless something changes on the ground between now and election day, I think O’Rourke will make him work much harder than Cruz expected to do and that will be interesting to watch. I look forward to seeing some of the debates. Cruz is a good debater and I will be watching to see how O’Rourke measures up against him on stage.

It’s still a bit early yet. Cruz needs to continue to run as if his re-election depends on it. He’s right – there is no room for complacency in 2018, even in Texas for Republicans.