We Are All Philosophers, Whether We Like It or Not 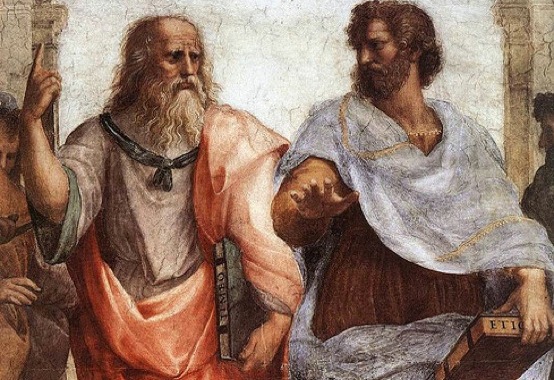 We use the word “philosophy” quite liberally in our day. Frequently it means no more than a subjective opinion about how to live one’s life. Such a definition was in view at this year’s 367th Harvard commencement, where Congressman John Lewis of Georgia declared: “My philosophy is very simple. When you see something that’s not right, not fair, not just, simply stand up, say something, and speak out.” Lewis’s misuse of “philosophy” is at least directed towards the public good; often the word is used even more flippantly and ridiculously. A recent article at a website for motherhood is entitled, “How to Use Your Philosophy on Life to Pick Swim Lessons.”

Whether we’re talking about justice or the backstroke, both of these definitions of philosophy undersell it. In the original Greek, the word means “love of wisdom.” We could just as easily translate that as “love of truth.” Indeed, classically conceived, philosophy is an attempt to make objective sense of ourselves, the world, and reality. The truth is that we are all engaged in philosophy on a daily basis: in the choices we make, the opinions we form, and the arguments we offer. Though we may be reticent to admit it, we are all philosophers, like it or not. A few examples from contemporary American culture and politics easily prove the point.

Consider first the “most American” of philosophies, pragmatism, a system fathered by such American thinkers as C.S. Pierce, William James, and John Dewey, the last the founder of modern American education. Pragmatism teaches that truth is what works, that truth is all about results, and that knowledge should not be speculative but practical and action-based. There is no objective or eternal truth outside of what we perceive with our disinterested intellects and create through experience and interaction with the world.

What “works” is typically defined as what will increase revenues or accomplish some short-term political objective—which is why one may discern pragmatism throughout U.S. economic and foreign policy. Our globalist, capitalist system “works” in a certain sense: labor is exported to foreign markets and American consumers are thus able to purchase cheaper goods. Our post-Cold War foreign policy “works” in the sense that our military is capable of devastating threats to America’s strategic interests, as we did twice in Iraq and once in Afghanistan. Yet as many have persuasively argued in TAC’s pages, the globalist economy creates many losers. And two foreign military engagements that are nearly 20 years old suggest that our interventionist policy isn’t exactly “working,” except to perpetuate the military-industrial complex. A philosophical system reliant on what “works” is an inherently limited one, as well as subjective and short-sighted.

Another philosophical system ubiquitous across American social and political discourse is that of utilitarianism. Utilitarianism finds its roots in the English philosophers Jeremy Bentham and John Stuart Mill, who argued that the motive for all human action can ultimately be reduced to the seeking of pleasure and the avoidance of pain. Their principle of utility was this: “An action is good insofar as it contributes to the greatest happiness of the greatest number of people.” They developed a complicated “moral arithmetic” to measure this utility, based on the qualities of intensity, duration, certainty, nearness, fecundity, purity, and extent.

Many of America’s most contentious socio-cultural debates are argued along utilitarian premises. Pro-choice advocates assert that access to abortion ensures women’s pursuit of happiness and limits pain for them and the prospective new life. In vitro fertilization and surrogacy are likewise promoted as technological means of maximizing the happiness of certain parties. Euthanasia, too, is touted as a means of reducing, if not eliminating, pain, while securing the happiness of patients and loved ones.

Yet happiness and sense-based pleasure are not identical, as there are other goods besides pleasure. Indeed, many times we choose to forego immediate pleasure precisely to enjoy some higher-order good—excellence, honor, the well-being or security of others. Nor does what people choose always necessarily result in their happiness. For many potential mothers who abort their offspring, the hopeful vision of maintaining freedom or happiness slowly descends into the despairing realization that they have killed their own children. Clients of the growing surrogacy industry come to realize they have participated in a modern form of slavery, commodifying penniless strangers halfway around the world. The ensuing sadness from these actions may be only subjective and sense-based, or it may include a recognition that an objective moral reality has been transgressed.

Empiricism is a philosophical system that views only empirical, sense-based data as objectively verifiable—and thus rejects all un-empirical, non-sense-based knowledge, such as the classical belief that man has a spiritual soul. As a result of this premise, it also rejects the idea of cause and effect, because cause and effect cannot be experienced empirically. Nor is ethics possible: early empiricist David Hume argued that “there is no ‘ought’ from ‘is,’” meaning that there is no objective moral system deduced from what is assessed to be true via empirical study.

The philosophy of the empiricists, close relatives of the utilitarians, has influenced much of modern comedy. The absurdist consequences stemming from empiricism was not lost on undergraduate philosophy student Steve Martin who explained:

A philosophical system that rejects cause and effect, logic, and ethics also influenced the crew of Monty Python, whose absurdist comedy sketches often rejected religion and ethics as subjective, culturally conditioned, and unscientific. Yet ironically a system so steeped in skepticism must also reject natures and essences (things that cannot be perceived empirically), and thus there can be no science, as everything we observe are only particular instances, not universal conclusions. Moreover, and more fundamentally, the claim that “all knowledge is empirical” is itself a claim that cannot be empirically verified.

We Americans often speak of philosophy as something esoteric and impractical (see even here the influence of the pragmatists!). A few years ago after relating over dinner that a graduate-level philosophy course I was taking was intellectually taxing, my friend, quite surprised, countered: “Isn’t the point of philosophy to show that all opinions are equally valid?” We view philosophy as a dark spiral of paradoxes and intellectual “gotchas” that leave us less sure of ourselves or reality. As many Americans asked in 1999, are we all part of The Matrix? Steve Martin quipped, “If you’re studying geology, which is all facts, as soon as you get out of school you forget it all, but philosophy you remember just enough to screw you up for the rest of your life.” Yet philosophy is what undergirds every intellectual enterprise, guiding, if imperceptibly, every decision and argument we make.

Unfortunately, many of the most powerful philosophical currents driving America are insufficient, contradictory, self-defeating, or harmful to the human person and society at large. Policy initiatives relying solely on pragmatist premises often don’t work, or they “work” with only short-term results, because they fail to consider more fundamental realities about man and what he needs to flourish. The utilitarian calculus behind many of the social policies birthed from the sexual revolution sounded like they would increase our happiness, until we realized they were the driver behind many societal ills (see divorce), a massive economic drag (see divorce again), and had ultimately left us less happy and less fulfilled. Empiricism sells itself as the kind of modern, science-based system we require to meet the challenges of our day—until it undermines science and leads to an absurdist view of life that leaves nothing sacred.

Philosophy need not be esoteric, impractical, or a tool for clever parlor games. As Mortimer J. Adler’s Ten Philosophical Mistakes shows, it is a dangerously relevant field of study, one with many practical applications that as I’ve shown above can have deadly consequences. We need to realize that what we need isn’t a subjective “philosophy of life” but an objective system that counters the many philosophical errors of our day. Such a philosophy must be logical, consistent, and affirming of the human person and society at large. A presentation of such a philosophical system, reliant on natural law theory, will have to wait for another time. Or just read Adler’s book!