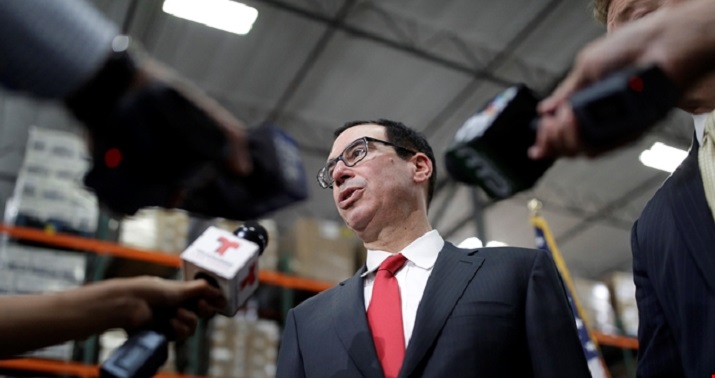 There’s a segment in the legendary 1990s tv show Animaniacs called “Good Idea, Bad Idea” where the character Mr. Skullhead demonstrates ideas both good and bad. The presentations are quite logical – why would someone even attempt to drink milk straight from the cow? – and narrated by the illustrious Tom Bodett of Motel 6 fame.

The most recent installment of “Good Idea, Bad Idea” happened last week when it became known the Trump Administration may lower the capital gains tax without congressional approval. Via The New York Times:

Steven Mnuchin, the Treasury secretary, said in an interview on the sidelines of the Group of 20 summit meeting in Argentina this month that his department was studying whether it could use its regulatory powers to allow Americans to account for inflation in determining capital gains tax liabilities. The Treasury Department could change the definition of “cost” for calculating capital gains, allowing taxpayers to adjust the initial value of an asset, such as a home or a share of stock, for inflation when it sells.

“If it can’t get done through a legislation process, we will look at what tools at Treasury we have to do it on our own and we’ll consider that,” Mnuchin said, emphasizing that he had not concluded whether the Treasury Department had the authority to act alone. “We are studying that internally, and we are also studying the economic costs and the impact on growth.”

I’m a fan of tax cuts – in fact, I don’t believe there should be taxes – yet the rules of government need to be followed. Taxes can only be adjusted with congressional approval, and said rules are being broken if the Treasury Department lowers taxes without a vote in Congress.

It’s much like former president Barack Obama’s ‘pen and phone’ orders: unconstitutional and horrific. George H.W. Bush’s administration reached the same conclusion when it considered a similar move: no vote in Congress is a bad idea.

Republicans and Democrats now find themselves on opposite sides of the spectrum. Republican Texas Congressman Kevin Brady told NYT he favored administrative action, while Democratic New York Senator Chuck Schumer cried, “everyone knows this must be done by legislation.” The Brady and Schumer during the previous administration (when one defended Obama’s ‘pen and phone’ and the other decried it) could not be reached for comment.

What happens next will fall along party lines. The Democrats will more than likely sue should the Treasury Department decide to go through with the capital gains tax cut. Republicans will cry foul and more than likely try to poke holes in the lawsuit – much like Democrats did when former House Speaker John Boehner sued the Obama Administration. Trump will go on a long tweetstorm or five. Whatever lawsuit will eventually be settled.

None of this should be surprising. Both parties have awful records at defending the Constitution, and would probably prefer it not even exist so the executive – as long as it’s the right party – can reign supreme via executive fiat. To steal an analogy made by St. George Tucker in his 1803 analysis of the Constitution: requiring Congress to approve or deny tax expenditures keeps the executive from handing out favors to “adherents and dependents” and from running amok away from any hint of responsibility. Of course, the halls of government are full of lesser men and women so it’s almost expected they’ll fail to keep to the rules they were sent to DC to follow.

There is some good news: California Congressman Devin Nunes has introduced a bill which would adjust capital gains taxes to meet inflation. It’s a sound idea because the U.S. dollar has seen its purchasing power weaken from 2000 to 2018. Here’s Alec Fornwalt’s analysis from The Tax Foundation:

It should also be pointed out any possible capital gains cut isn’t one which helps millionaires and billionaires. Cato noted the capital gains tax hits seniors much more than it hits younger people. Those over the age of 75 deal with a 6% hit on capital gains, while those 65 to 74 get nailed with a 5% tax. Cato’s study (based on IRS statistics) shows the U.S. population is aging meaning more people with stocks will be hit with the higher tax as they get older. There may be some who are willing to pay the higher tax – as they, in my opinion, mistakenly believe the government should be the chief distributor of financial help to the poor – but others won’t be so willing to part with their money.

It makes sense to push for a capital gains tax cut, but to bring it back to “Good Idea, Bad Idea” it’s a good idea to do it via the rules placed on the government i.e. Congress. It’s truly a bad idea to lower the capital gains tax through the administrative state via the Treasury Department.