The Utter Futility of Gun Control 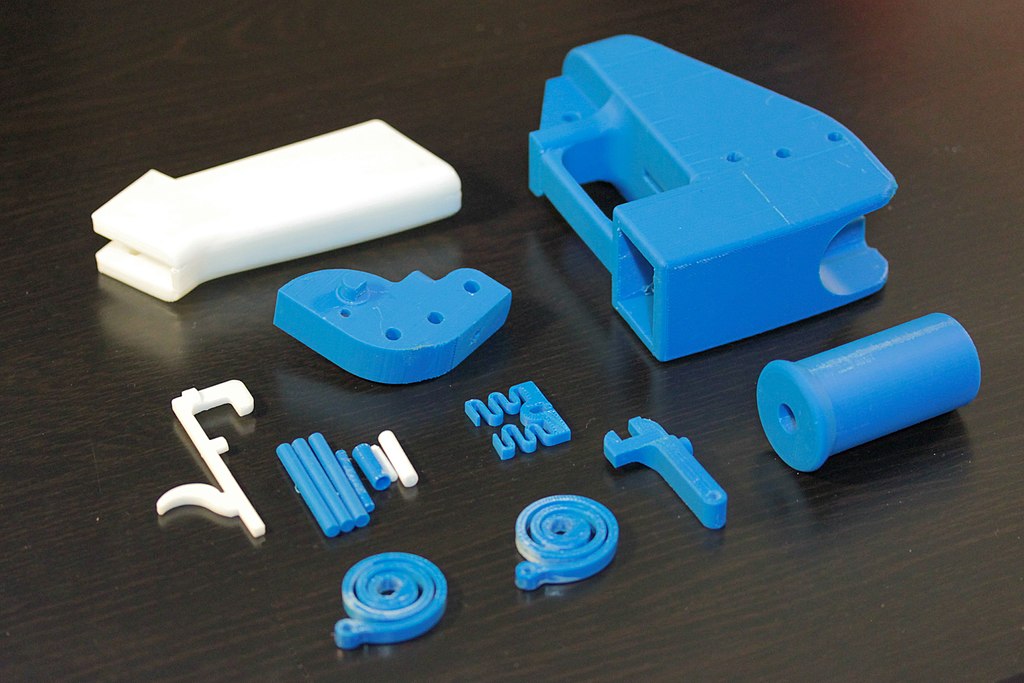 Defense Distributed (DD) is a small Texas company that has developed and published online digital files that may be used to make firearms either by 3D printing or computer controlled milling machines. It is the brainchild of self- described libertarian anarchist Cody Wilson.

In 2013, DD uploaded software files for the 3D printing of the “Liberator,” a single shot pistol, and a lower receiver (the part regulated by federal law) of the much maligned AR-15 rifle. According to the Associated Press, the software was downloaded over 100,000 times in the first 24 hours. The downloads continued for days thereafter, and the software became (and remains) widely available on numerous free access websites. It was game, set and match for Wilson and DD.

Nevertheless, within days of the initial online posting, the Obama Department of State ordered DD to cease making the software available online. Citing the U.S. International Traffic in Arms Regulations, the State Department contended that this was necessary to protect national security by restricting the export of this “military technology” abroad. Given that DD’s software and similar digital offerings from other sources were already in the public domain and could not be retrieved, this directive was a meaningless gesture that presented no real burden or obstacle to DD.

But, for libertarian Wilson, it afforded a golden opportunity to twist the tail of big government, and twist away he did.

DD filed suit in federal district court seeking a preliminary injunction against the Obama administration. DD’s clever and intriguing position was that, far from exporting firearms, it was distributing information in the form of software, and its sharing of that information was protected by the First Amendment. It argued that the State Department’s demand constituted an illegal prior restraint of constitutionally protected free expression.

The district court, citing the “public’s keen interest in restricting the export of defense articles,” declined to issue the preliminary injunction but did not dismiss DD’s lawsuit. Although the Fifth Circuit Court of Appeals upheld the district court’s denial of the preliminary injunction, it noted in dicta that making or even printing a pistol or AR-15 lower “is legal for United States citizens and will remain legal for United States citizens regardless of the outcome of this case.” In other words, the court addressed only the need to prevent the exportation of the software and not the domestic use of the software to make firearms.

In July 2018, DD and the Trump State Department settled the case. Under the terms of the settlement agreement, DD would be permitted to once again upload its software and the State Department would issue an opinion letter that the software is not subject to the International Traffic in Arms Regulations.

This caused eight Democrat state attorneys general to file suit in multiple federal district courts to block the settlement agreement and prohibit DD from again posting its software online. For them exportation of the software abroad was not the issue. Instead, they sought to prevent online publication of the software to promote domestic public safety. For example, on July 29, 2018, Pennsylvania Attorney General Josh Shapiro tweeted “Tonight, I went to court to prohibit access to new 3D-printable guns in PA. These downloadable firearms were just about to be widely available online. It’s an existential threat to our state & we stepped in to stop it. The site is – & will remain – dark throughout PA.”

Similarly, a federal judge in Washington state issued an injunction prohibiting DD from posting its software because “the proliferation of these firearms will have many of the negative impacts on a state level that the federal government once feared on the international stage.”

So, what has been accomplished? Have we been saved from Attorney General Shapiro’s “existential threat”? Hardly.

Placing all of this into context, the actions of the Obama State Department and the lawsuits by the Democrat attorneys general have merely demonstrated once again the utter futility of gun control. DD’s software is only the tiniest tip of the iceberg. Not only is it and other similar software in the public domain and readily available for use by one and all, there is no way to recall it. That fight was over in 2013.

Moreover, individuals have been making their own firearms in this country since the founding of the Republic. Today it is possible to make high quality, fully functioning lower receivers for firearms such as AR-15s, AK-47s, and handguns using simple hand tools. As long as they are not sold to others, it is perfectly legal to make firearms with no serial numbers and no means of tracing them. This state of affairs exists because there is no way that government could ever hope to effectively regulate or prevent such private manufacture of firearms that is ongoing in homes, garages, and machine shops across the nation.

While DD sells a so-called Ghost Gunner computer-controlled milling machine that will speed up the process of making lower receivers for AR-15s and model 1911 pistols, the same job can be and has been done using hand tools such as routers, drill presses, and electric drills. The number of such privately made firearms is estimated to be in the hundreds of thousands.

But the private manufacture of firearms is the least of the challenge facing gun control advocates. They must contend with the fact that there are over 90 million law-abiding Americans who legally possess over 300 million firearms and who pose no demonstrable threat to their fellow citizens.

In addition, there are untold millions of firearms in the hands of our very large criminal population. These individuals don’t undergo FBI background checks to buy their guns. They use straw purchasers with clean records to do the buying. Or they get them in back alleys or on street corners from other criminals. In many places, they can even rent a gun to pull a job or commit a murder. Neither restrictions on the ownership of guns nor their traceability through serial numbers are of concern to these predators.

The bottom line is this: there is and can be no such thing as effective gun control. Just as there is no way to recall and quarantine DD’s software, there is no way for the government to meaningfully restrict possession of the millions of firearms in civilian hands. Not even a governmental decree to confiscate all firearms is feasible. Putting aside the mandate of the Second Amendment, are 90 million Americans to be turned into outlaws by legislative fiat? And how are these newly minted criminals to be stripped of their firearms?

If even a fraction of that 90 million were to resist confiscation of their weapons, does the government have the police, military, judicial, and penal resources to search, disarm, arrest, prosecute, and punish that vast legion of otherwise law-abiding citizens? Would the law-enforcement establishment willingly undertake such punitive actions? We have already seen substantial numbers of gun owners in Connecticut and New York openly defy hastily enacted antigun laws imposed in the wake of the Sandy Hook school tragedy. Faced with other more pressing threats to public order, police and sheriffs’ departments in those states have wisely elected not to risk the mayhem that could very well result if they attempted to arrest and disarm defiant gun owners. And, even if the government somehow managed to confiscate all 300 million legally owned firearms, what about the uncounted millions of firearms already in the hands of the underworld?

The gun control advocates may not realize it, but they lost the fight long ago. It’s all over but the shouting.

In the meantime, as the war of words continues, there sits DD’s founder, Cody Wilson, having more fun than should be legally allowed. Like a mischievous adolescent waving a laser pointer, he has the gun control cats racing in circles knocking over furniture and banging into walls as they try to catch and hold the elusive bouncing red dot of readily available firearms. Due to the efforts of Wilson and his little company, the government is once again being exposed as a lumbering and ineffectual colossus. All in all, it’s a dramatic public demonstration of the limits of government power and the fecklessness of those who worship at its altar.

And from out here in the cheap seats, it sure is fun to watch.

George Parry is a former federal and state prosecutor who practices law in Philadelphia. He blogs at knowledgeisgood.net and may be reached by email at kignet1@gmail.com.