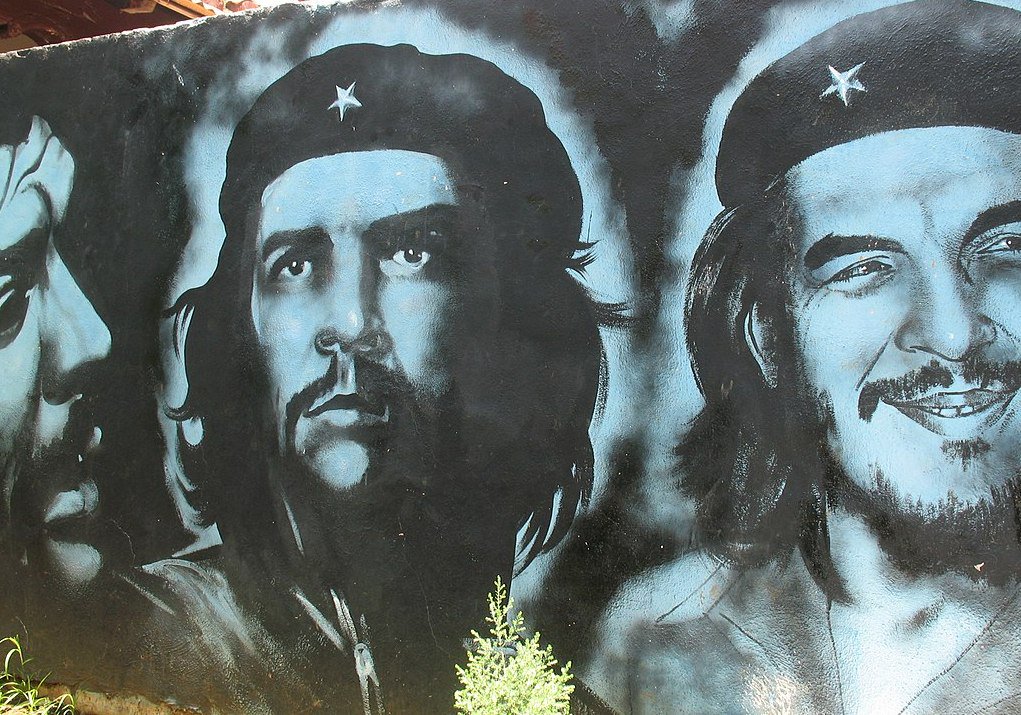 The terrorist Ernesto “Che” Guevara met his karmic end, executed without a trial in a muddy hut by CIA-trained Bolivian operatives, in 1967.  Since that moment, however, his life has been endlessly romanticized by the Left—a trend that doesn’t seem to be abating.

His life isn’t only idealized by Communists or Cuban tyrants, but by old-fashioned American liberals who have a longstanding practice of whitewashing socialist history. The cult includes authors; retail clothing chains; filmmakers like Robert Redford, who watched his romantic ode to Che with the murderer’s widow in Havana; pop icons who vacation in Communist Cuba; commemorative Irish postage stamp designers; a parade of intellectually stunted zombies walking around your local campuses with idealized portraits of Che their T-shirts; and a number of media outlets, which now include BuzzFeed.

The newest entry into the genre is a Vox-style 9-minute explainer, which is to say a grossly misleading history called “Che Guevara Becomes A Legend After Death.” It’s a biography tantamount to producing documentaries about the lives of Augusto Pinochet or Benito Mussolini without mentioning their vicious suppression of political opposition.

Although the BuzzFeed viewers will learn that Little Ernesto suffered from debilitating asthma, they do not learn that Che took the lead in creating a secret police and gulag in Cuba, where thousands of people guilty of nothing more than thought crimes— including priests, innocent bureaucrats, and anyone with homosexual mannerisms—were sent to spend decades as slave labor.

Scaled for population, the Castro-Guevara police state rivaled any tyranny in history. As Humberto Fontova points out, Cubans “qualify as the longest-suffering political prisoners in modern history, having suffered prison camps, forced labor and torture chambers for a period THREE TIMES as long in Che Guevara’s Gulag as Alexander Solzhenytzin suffered in Stalin’s Gulag.” It’s worth mentioning that it would have been far worse if tens of thousands of Cubans hadn’t fled Che’s glorious revolution.

We also learn that Che was tasked with running Cuba’s national bank after the revolution—his entire job description innocuously boiled down to “signing new notes” by BuzzFeed documentarians. What we never learn is that in his short stint as lead socialist, nationalizing Cuba’s banks and expelling foreign ones, turned into a massive economic disaster for the Cuban people. Che didn’t merely visit the Soviet Union and China. He went there begging for money. “We want to build socialism,” Che told the world in his 1964 United Nations appearance. And they did.

Viewers of BuzzFeed will also learn that Carlos Puebla wrote a hit song extolling Che’s revolutionary activities (we even get to hear a snippet of “Hasta Siempre Comandante”!) Yet, the editors couldn’t shoehorn in a single mention of the hundreds, perhaps thousands, of Cubans who were executed on Che’s orders after the rebels seized power. “We don’t need proof to execute a man,” the Argentine once explained. “We only need proof that it’s necessary to execute him.” Che didn’t even bother giving most his victims—some of them women and children—a Soviet-style show trial for their troubles.

Did you know “Che” is an Argentinian slang that can be roughly be translated to “dude”? I do, because I watched the BuzzFeed’s mini-documentary. What I didn’t learn there was that Che dreamed of creating a revolutionary movement driven by “hate.” Che promised “to march the path of victory” even if it cost “millions” of lives. Put it this way: one of the reasons Che had an icy relationship with the Soviets was that they had abandoned Stalinism. The American socialists abandoned Stalin in 1939. The Soviets did in 1956. Che was still a big fan until his death.

BuzzFeed’s biodoc teaches us that famous Marxists like Jean-Paul Sartre and Pablo Neruda wrote hosannas to Che. Sartre, soon to be an apologist for genocidal movements around the world, claimed that Guevara was not only an intellectual, but “also the most complete human being of our age.” Unmentioned by the noted intellectual was that Che was also a warmonger, who not only lamented that Soviets hadn’t been able to place nuclear warheads on an island 300 miles off the coast of the United States — “[i]n the end, Khrushchev struck a compromise,” BuzzFeed explains — but if they had “we would have fired them against the heart of the U.S. including New York City.”

It seems unlikely that such inconvenient facts (and many more) could be accidentally left out of any honest biography of Che’s life. Instead we learn that Che had a life-long concern for the poor. But few outside his revolutionary buddies were ever made less poor by Che’s revolutions and terrorism. Only less alive.