“LOOK AT ME!” Judge Ellis Gets Into 10-Minute Argument With Mueller’s Prosecutors

“LOOK AT ME!” Judge Ellis Gets Into 10-Minute Argument With Mueller’s Prosecutors 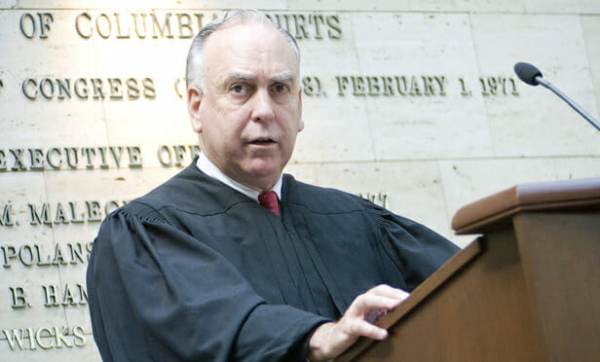 After jurors were dismissed, Judge T.S. Ellis scolded one of Mueller’s prosecutors and a 10-minute courtroom spat ensued.

FOX News reported, at one point Judge Ellis felt disrespected after one of Mueller’s prosecutors looked down instead of looking directly at him and screamed, “Look at me!”

Class is in session!

U.S. District Judge T.S. Ellis III specifically pushed Andres on why the prosecution was moving slowly with Rick Gates – the former Manafort business partner who testified on Monday – and specifically to describe the link between wealthy Ukrainian politicos and Manafort. Ellis argued that the connection was not the basis of the case.

“What matters are the allegations that he made money from them and didn’t report it,” Ellis said. “You don’t need to throw mud at these people.”

Ellis again compared the Ukrainians in question to American billionaires and “Mr. Koch and Mr. Soros” as political contributors.

“I don’t know why you keep bringing (up) these people,” Andres said, referring to the Ukrainians. “These people are not like any Americans. These people are oligarchs and that means they control a segment of the economy based on the governments allowing them to do that.”’

“These are not really political contributions,” he continued. “They are self-serving payments with respect to what oligarchs do.”

“That makes it even clearer to me that it doesn’t have anything to do with the allegations in this case,” Ellis responded. “It throws dirt on these people. They may deserve it. I don’t know – and I don’t care.”

At another point in the exchange Andres could be heard challenging Ellis on a technicality. “Respectively, judge, that is not what the law is,” Andres responded bluntly at one point.

The most heated moment of the debate, however, took place when Ellis got perturbed by Andres not looking up at him while speaking.

“Look at me! Don’t look down,” Ellis demanded.

Then, when Andres responded that he was looking at a relevant document, the exchange grew testier.

On Monday, Gates testified he committed crimes while working for Paul Manafort–of course these alleged crimes date back several years ago before Manafort temporarily worked for the Trump campaign.

Judge Ellis is known for being colorful with his comments in the courtroom.

The 78-year-old Reagan-appointee is sharp as a tack and he knows what Mueller and his team of liberal hacks are up to.

“It isn’t a crime to have money and be profligate with your spending,” Judge Ellis said to Mueller’s prosecutor.