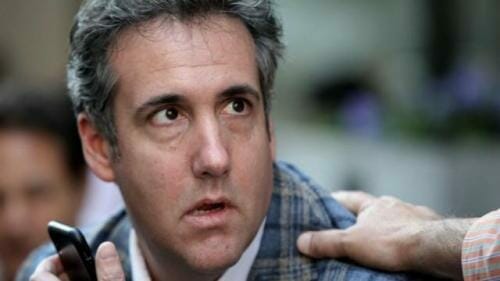 President Trump’s former attorney Michael Cohen is now under investigation for tax fraud from income he earned off of a taxi-cab business.

Federal prosecutors in New York are also looking into whether Michael Cohen obtained bank loans by making false statements on his loan applications or failing to provide adequate documentation.

Sound familiar? Paul Manafort was indicted on the same charges.

Further proof that anyone connected to President Trump will be hunted down and have their entire life picked apart by rabid, Trump-hating prosecutors.

The legal pressures facing Michael Cohen are growing in a wide-ranging investigation of his personal business affairs and his work on behalf of his former client, President Trump.

Federal authorities are assessing whether Mr. Cohen’s income from his taxi-medallion business was underreported in federal tax returns, one of the people said. That income included hundreds of thousands of dollars received in cash and other payments over the last five years, the person said.

Prosecutors also are looking into whether any bank employees improperly allowed Mr. Cohen to obtain loans for which he didn’t provide adequate documentation, people familiar with the matter said. In particular, federal investigators are looking closely at Mr. Cohen’s relationship with Sterling National Bank—which provided financing for Mr. Cohen’s taxi-medallion business—including whether Mr. Cohen inflated the value of any of his assets as collateral for loans, according to people familiar with the matter.

Convictions for federal tax- and bank-fraud may carry potentially significant prison sentences, which could put additional pressure on Mr. Cohen to cooperate with prosecutors if he is charged with those crimes, according to former federal prosecutors.

As part of the inquiry into Mr. Cohen’s relationships with banks, federal authorities have been investigating whether Mr. Cohen made misrepresentations or false statements on loan applications, people familiar with the matter said.

FBI agents raided the office and home of Michael Cohen in April at the request of Special Counsel Robert Mueller and with Rosenstein’s blessing.

They were looking for dirt on Stormy Daniels and seized attorney-client privileged communications between Trump and Cohen.

According to the Washington Post, FBI agents took Cohen’s computer, phone and personal financial records as part of the search of his office at Rockefeller Center.

Now Michael Cohen is being investigated for making false statements on a loan application and tax fraud because of his association with President Trump.