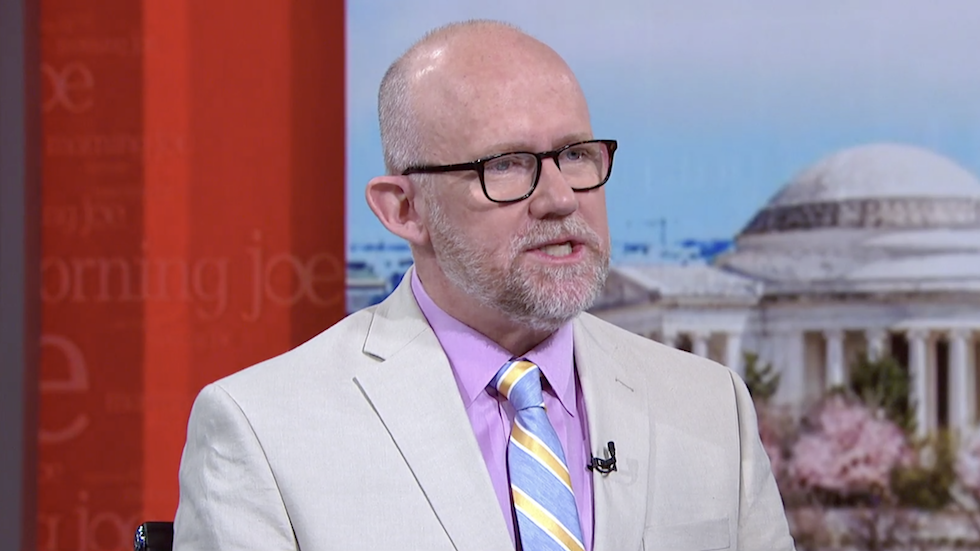 GOP strategist Rick Wilson was abruptly muted for seven seconds during an appearance on MSNBC after going on an expletive-filled rant about President Trump and his supporters on Monday morning.

When asked by MSNBC co-host John Heilemann during the program how the president can continue to “genuinely boast” about his high approval ratings among his party, Wilson said in response: “Cocaine’s a hell of a drug.”

“They love the fact that Donald Trump finally gives them this sort of id of the Republican Party,” Wilson said. “They’re finally given permission to say the ugly things they kind of wanted in their secret hearts for a long time, and the monster got out of its cage in terms of a lot of the populist messaging that worked to motivate Republican primary voters for a long time.”

“There’s just a huge courage deficit in this country,” Wilson went on to say, seeking to back his claim before his audio was abruptly muted on the program.

For the next seven seconds, Wilson could be seen talking while moving back and forth and waving his finger before the program’s audio returned.

After the audio returned, MSNBC co-host Mika Brzezinski asked Wilson: “Are you saying that on TV?”

“I wasn’t trying to,” Wilson said while smiling. “These guys call us and they express this unbelievable, this disgust with Trump. They’re not all bought into this.”

Wilson later took to Twitter shortly after the broadcast to share what he said that had been censored by MSNBC.

“I said ‘Washington is full of profiles in chickenshit. You and I both get calls from members of Congress who say I can’t stand this asshole,’” Wilson said in a tweet.

I said “Washington is full of profiles in chickenshit. You and I both get calls from members of Congress who say I can’t stand this asshole”

Wilson is one of Trump’s most outspoken Republican critics.

Last month, Wilson said that Trump supporters “want anyone who’s darker than a latte deported” on CNN while also arguing that some in the administration enjoy seeing migrant kids being separated from their families.