The man who destroyed the Trump Star on the Walk of Fame was later arrested.

Tonight the West Hollywood City Council is voting to remove President Donald Trump’s star on the Walk of Fame.

Guess whose Hollywood star they won’t be voting on? 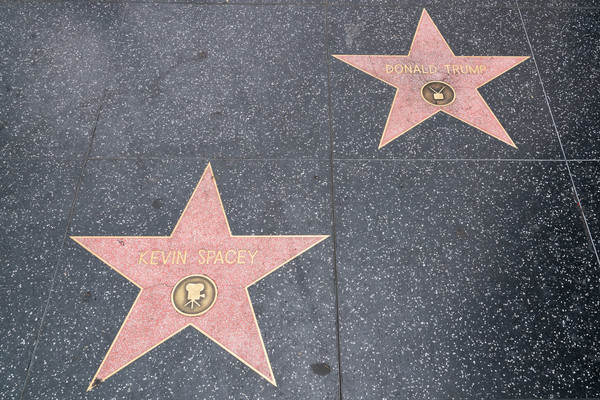 Far left actor Kevin Spacey was accused of sexual misconduct by at least a dozen men and several underage teens.

They have no problem with Kevin Spacey.

The West Hollywood City Council is voting on whether to seek the removal of President Trump‘s star on the Hollywood Walk of Fame.

According to The Hollywood Reporter, the city council is looking to vote Monday night on a resolution that urges the Los Angeles City Council and Hollywood Chamber of Commerce to remove the marker.

The star has been repeatedly vandalized and destroyed twice since Trump took office.

“The City Council will consider adopting a resolution urging the Los Angeles City Council and Hollywood Chamber of Commerce to remove President Donald J. Trump’s star from the Hollywood Walk of Fame, due to his disturbing treatment of women and other actions that do not meet the shared values of the City of West Hollywood, the region, state, and country,” the city council wrote in the resolution.

“Having a ‘star’ on the Walk of Fame is a privilege that is highly sought after by those in the entertainment industry, allowing Mr. Trump to continue to have a star in light of his behavior toward women, particularly in the #timesup and #metoo movements, should not be acceptable in the Hollywood and entertainment industry communities,” the resolution continued.