Why I Am in Favor of Liberal or Conservative States Seceding

When anyone used to mention secession, my response was always the same, “We settled that issue during the Civil War.” I no longer feel that way and I have selfish reasons for it.

Our country is in deep trouble. The level of debt we are piling on is unsustainable and given Republican reluctance to tackle the issue along with delusional Democratic demands for even higher spending, it seems likely that we’re headed for disaster.

What would that disaster entail? Among other things, probably a refusal of foreigners to lend us money, your life savings becoming nearly worthless overnight, skyrocketing taxes, an end to Social Security and Medicare as we know it, a devastating economic crash and quite possibly even high levels of violence and disorder.

This is a wild card for our country because everyone can see that it’s coming, but no one knows exactly when or how bad it will get. I know people who have put large amounts of money into prepping because of this. I know people that have moved to the country already in preparation for this happening. Do you want me to tell you they’re crazy or wrong for doing this? I can’t because if people are ripping the copper wiring out of buildings in the cities and bread costs $20 a loaf in 10 years (which is possible by the way), then they’re going to look awful smart. That bugout bag, a week’s worth of food and a handgun may be totally inadequate if it all goes to hell in a handbasket.

Theoretically, at least for now, this is a very fixable problem. It would just take Republicans and Democrats in Congress putting the good of the country first and working together to get our country’s finances back on solid ground. It would mean no new significant domestic spending programs, reforming Social Security and Medicare to make them more sustainable, ruthlessly slicing government programs, probably raising taxes on everyone from the middle class on up and cutbacks to defense.

Given that we’re talking about issues that would produce strong opposition across ideological lines and the fact that both parties have realized that they benefit politically from attacking EVERYTHING that the other party does, what do you think the chances are that D.C. comes together to make some hard choices before the country slams into a wall at a hundred miles per hour? How much faith do you have that Nancy Pelosi, Paul Ryan, Mitch McConnell and Chuck Schumer will get together, talk all this out and do the right thing for America? 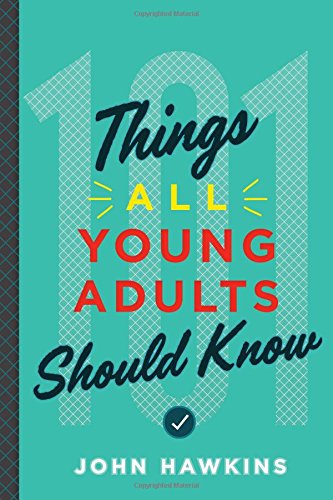 Right, no one has any reason to think that will happen.

So, what seems much more likely to happen is that old Winston Churchill quote will become reality, “You can always count on Americans to do the right thing – after they’ve tried everything else.” When it starts to become too expensive to borrow money, Social Security and Medicare are ready to implode at any moment and a debt-driven economic apocalypse are right around the corner, then Congress may be willing to deal with it. MAYBE. In Greece, it’s gone bankrupt and it’s STILL politics as usual. Of course, Greece is a tiny country. No group of nations will be able to float America when we go the way of Greece.

So, if that’s where we are, then the way you look at secession starts to change.

Fortunately or unfortunately, depending upon how you look at it, the trigger for states actually seceding would probably be a debt-driven economic disaster. For one thing, a big state or region that broke off from the United States would be much more likely to be able to get outside credit. Additionally, given how ideologically hostile many Americans have grown to each other, Medicare and Social Security are a big part of what’s holding the country together. Why not split off and turn into a people’s republic or alternately a nation that believes in the Constitution as it’s written? As much as anything, because all the old folks in those states would lose their access to Social Security and Medicare. Let those programs collapse — and they are on track to do just that down the road – and suddenly there’s not necessarily all that much that the Red and Blue parts of the country have in common with each other. We don’t see eye to eye on capitalism vs. socialism, the Constitution, guns, the size of government or whether we should even have borders. I would say that at least we’re all human beings, but the general position of most liberals these days seems to be that everyone who disagrees with them on anything of substance is a racist, fascist, Nazi sub-human; so I’m not sure we’re even on the same page on that issue any more.

Secession, whether it would be by liberal or conservative states, would be a messy, complicated business with a lot of potential ramifications including violence. Unfortunately, unless America shockingly starts to deal with the very real problems we have, it may turn out to be the least bad option.