A less than encouraging win for the GOP 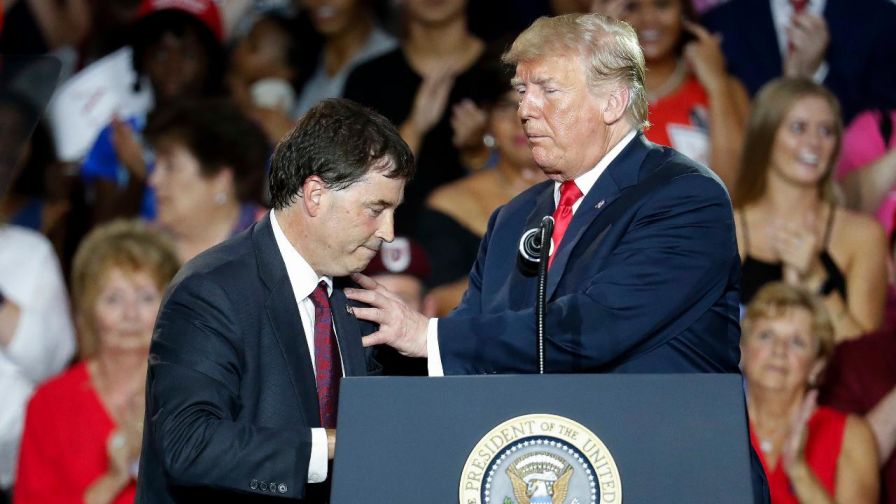 As John noted last night, Republican Troy Balderson appears to have defeated Democrat Danny O’Connor in the special election in Ohio’s 12th congressional district. The result isn’t official because there are a large number of provisional and absentee ballots to consider, but it looks very good for Balderson.

If one views this election as an indicator of Republican prospects this Fall, however, the result looks less good. The Washington Post’s Mike DeBonis gets it right, I think, when he writes:

The tight race between Democrat Danny O’Connor and Republican Troy Balderson in a deep-red Ohio House district Tuesday reinforced a trend that has been developing for more than a year: Democrats are routinely beating their 2016 performance by double digits — putting the House and perhaps even the Senate within their grasp in November.

DeBonis points out that President Trump carried Ohio 12 by 11 points in 2016. That same year, Rep. Patrick Tiberi, a Republican, carried it by 37 points.

By contrast, Balderson looks to have prevailed by two percentage points at most.

However, the diminished performance of Republicans in other special elections can’t easily be discounted. Georgia 6, Arizona 8, Pennsylvania 18, Kansas 4, and South Carolina 5 come to mind.

FiveThirtyEight looks at ten special elections for congressional seats in 2017-18. It finds that Democrats performed better in all ten than the “partisan lean” of the district suggested they would. In three of them — Kansas 4, Pennsylvania 18, and Arizona 8 — Dems outperformed partisan lean by 20 points or more. The outperformance yesterday in Ohio 12 — 13 points — was very much in line with what we’ve seen in special elections throughout the country.

Specials elections are, indeed, somewhat special. The Democrats can bring special attention to these races and pour large amounts of money into them.

But Republicans can do the same. According to the Post, Balderson (the Republican) had a significantly bigger war chest than his Democratic rival in the Ohio 12 race.

The GOP can also bring President Trump into districts holding special elections, as it did in Ohio. In the general election, Trump will be hard pressed to be present in every contested district and state with a key Senate race, and certainly won’t be able to be dozens of them in the two or three days just before the election.

In sum, as FiveThirtyEight’s Micah Cohen concludes, “Special elections have been a good sign for Democratic midterm hopes for awhile now, and Ohio 12 was no exception.”