Court: State can base e-school funding on participation data 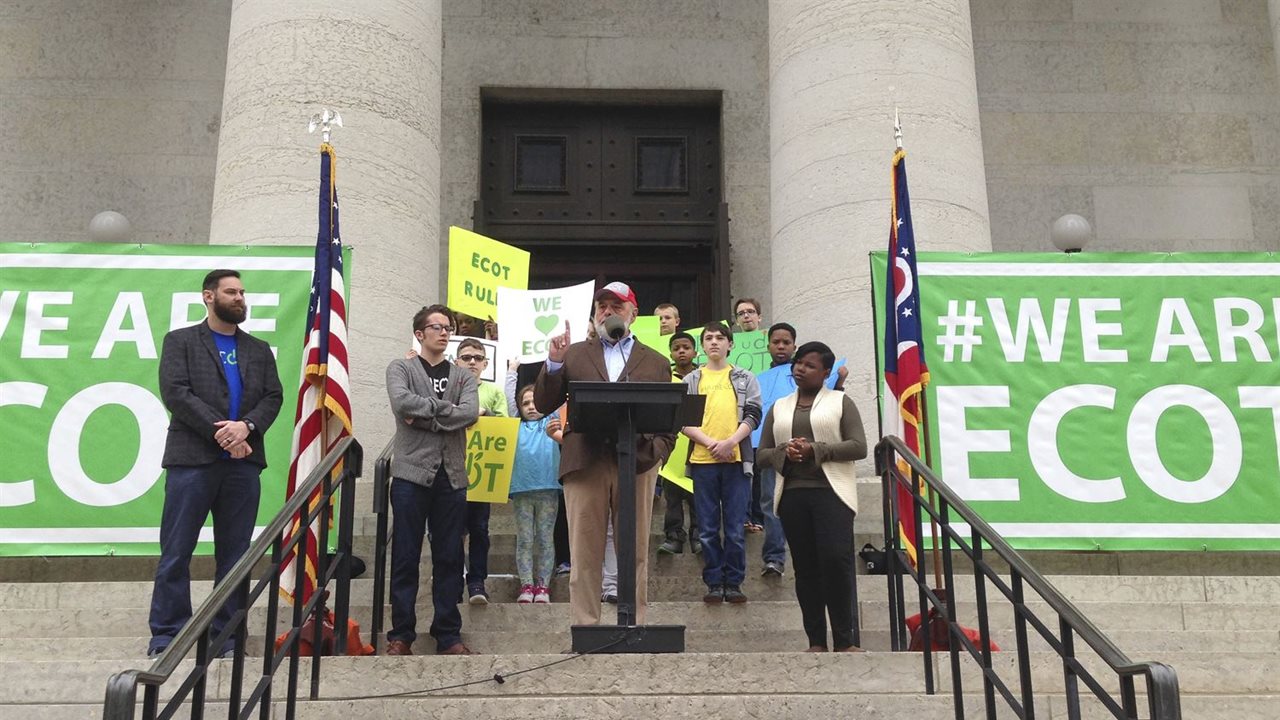 COLUMBUS, Ohio (AP) — Ohio had authority to calculate a giant online charter school’s funding using student participation data rather than only enrollment, the state Supreme Court ruled Wednesday in the latest blow to the now-dismantled e-school.

The Electronic Classroom of Tomorrow, which had been among the nation’s largest virtual schools, closed to its roughly 12,000 students in January but remains of interest to prosecutors reviewing audit findings and politicians raising accountability issues in a midterm election year.

The Associated Press reported in April allegations by a former ECOT employee that the school intentionally inflated attendance data in order to draw more state money, a claim largely validated in state audit findings that have been referred to criminal investigators.

ECOT had argued in court that Ohio’s Department of Education overstepped its authority when it used student learning time to determine the school owed the state a $60 million refund from the 2015-16 school year. But justices sided with the state in a 4-2 decision affirming a lower court’s ruling, concluding the department acted within its authority under Ohio law.

“We determine that (the law) is unambiguous and authorizes ODE to require an e-school to provide data of the duration of a student’s participation to substantiate that school’s funding,” Justice Patrick Fischer wrote for the majority.

Messages seeking comment were left with ECOT’s attorney, Marion Little, and with a spokeswoman for the Education Department.

The department had argued that ECOT was interpreting state law as though it could receive full public funding for students without providing documentation to prove they were being educated. An attorney representing the department during arguments at the court in February likened the situation to the Internal Revenue Service accepting a person’s expenses at face value for years and later asking them for receipts as documentation.

The high court concluded that when lawmakers stated each student could receive no more than 10 hours of credit per school day, they set up a need for documentation of students’ activities.

“This calculation can be made only by referring to records that contain evidence of the duration of a student’s participation in learning opportunities,” Fischer wrote.

Justices Terrence O’Donnell and Sharon Kennedy dissented, arguing their colleagues were misinterpreting the 10-hour limit. They urged the Legislature to clarify the law. Justice Pat DeWine, whose father is the Republican nominee for governor, recused himself in the case.

Democrats who have argued for transparency and accountability at ECOT for years immediately jumped on the ruling as a victory.

“Senate Democrats have been saying for years that ECOT and other publicly funded online charter schools need to be held accountable, and the Supreme Court’s decision today confirms that we were right,” said state Sen. Joe Schiavoni, a Youngstown-area Democrat.

The state had determined that ECOT should repay about $60 million in unsubstantiated funding from 2015-16 and $19 million more from the following year. The cash-strapped school shut down after the state started recouping money, which left students scrambling for other options mid-school-year.

Noting that many students turned to ECOT because illnesses, disabilities, bullying or other circumstances made traditional school environments challenging for them, some of those families refused to return to brick-and-mortar public schools and instead enrolled at other e-schools or tried homeschooling.

ODE has said thousands of ECOT students switched to other schools.

Some of them expressed hope of returning to ECOT if it could reopen, but the lengthy legal battle and the auctioning of ECOT’s equipment and other property and sale of its building seem to have sunk those prospects.

Ahead of the auction, the state auditor took steps to preserve data from ECOT’s administrative computers for use if a criminal case arises.