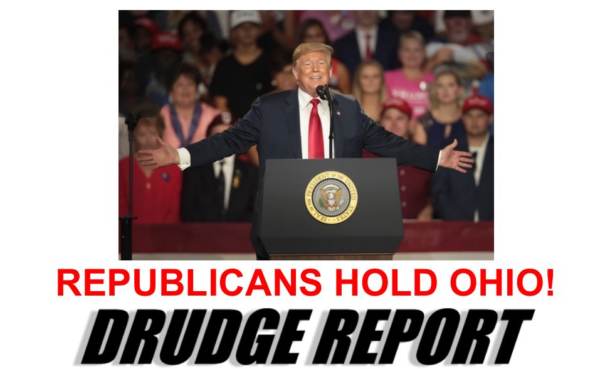 President Trump had another good night on Tuesday.
Trump endorsements won in Missouri, Michigan and Ohio.

With victories in Ohio, Michigan and Missouri, @realDonaldTrump extended his winning streak of endorsements even further. He’s the best person to energize our voters, and it’s why we’re going to #DefyHistory in November!

On Tuesday Trump-endorsed Troy Balderson defeated Democrat Danny O’Connor by less than 1% of the vote.

Balderson ended up defeating O’Connor by 1,754 votes.
The Green Party candidate in the district had 1,127 votes.

Of course, it was obvious who was behind the Republican in Ohio.

Democrats blame Putin for their devastating losses tonight in 5, 4, 3, 2… pic.twitter.com/hpmWDwqjF0

Actress Alyssa Milano blamed Russia for the Republican win. Of course it was Putin.

You know what sucks?

Because of our unwillingness to pass policy that protects our election integrity, I immediately think the Green Party votes tonight are Russian meddling.

Why else would anyone cast a protest vote in Ohio when there’s so much at stake?#OH12