In Defense of Firefighters 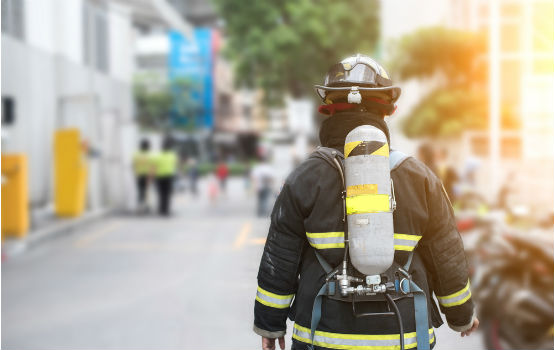 As wildfires rage across California, the state has once again called upon its firefighters—approximately 13,000 of them—to combat the infernos. The fires in the Golden State have thus far killed six people, include two firefighters, while two other firemen died earlier this year fighting blazes in Yosemite. There are “not nearly enough firefighters…on the scene, their ranks stretched thin by the 15 other wildfires burning throughout the state,” according to the Washington Post. Yet many economists, noting a significant oversupply of firefighters in many parts of the country, would have us reducing their number nationally. We should think twice about this.

Firefighters are a perennial target of free-market economists. One of the most memorable anecdotes from my introductory economics course at the University of Virginia, taught by the prolific Kenneth Elzinga, had to do with firefighters. Elzinga asked the class if they had noticed that the fire department seemed to respond to any 911 call, no matter the actual need. He then argued that the number of firefighters far outweighs the public necessity for their services, as the number of fires had significantly declined. He’s right: since the mid-1980s, fires across the country have dropped by about 50 percent.

Yet there are more firefighters than there were in the past—about 50 percent more! According to one American Enterprise Institute analysis, “in 1983 there were more than 10 fires in the US per career firefighter, but by 2013 there were fewer than 3.50 fires per paid career firefighter.” Thus supply far outweighs demand. This is a result, that same AEI study claims, of the outsize influence of firefighter labor unions. It cites University of Miami professor of law and economics Fred S. McChesney, who claims: “Local firefighter unions have fought hard to grow their ranks as fires decline. Although private-sector unions have been diminishing, representation of government employees has remained strong, and firefighters have been among the beneficiaries.”

Some data certainly seem demonstrative of a problem: firefighters earned a median salary of $45,250 in 2012, but overtime can more than double that. In 2013, the average firefighter In Los Angeles was paid more than $142,000, including overtime and bonuses, according to the Los Angeles Times. And even where examples of such egregiously high pay are not apparent, the casual observer might agree that the overabundance of firefighters is indicative of a profession in need of serious trimming.

Yet a reflection on the common good and the role fire departments play in serving it—based on two recent personal anecdotes—should give us caution.

On a recent Friday afternoon at my townhouse community in Virginia, I walked over to my community mailbox. A woman standing on a second-floor deck nearby drew my attention. She said she had accidentally locked herself out of her son’s house when she had been housesitting. She also said her relatives were about an hour and a half away. I tried to find a neighbor with a ladder long enough to reach her deck, and when I finally did, those neighbors declined—quite understandably, they were concerned about potential liability. I came back and insisted on calling the fire department. It had rained practically every day for the past month in Virginia, and was now becoming overcast. Embarrassed but tired, she accepted.

The fire engine arrived within 10 minutes. It was a spectacle for the community, especially all the little kids in the neighborhood. About 20 residents stood outside and watched as the firefighters extended the ladder to her deck and carefully helped her to the ground. The woman was thoroughly embarrassed to be the object of so much attention, so I did the only thing I could think of that would take the edge off—I brought her a beer. Everybody stood around and chatted, and we took pictures of the kids with the firefighters. It was great. The woman kept saying, “I just feel so stupid.” “Don’t,” I retorted. I know what it’s like to be stupid.

As it happened, my wife and I had called the fire department the very night before after a smoke alarm on the third-floor ceiling of our townhouse required a tall ladder to reach. When it started screaming at 8:30 p.m., we tried in vain to find a neighbor with such a ladder so we could replace the battery. Exasperated and knowing that every additional minute increased the likelihood of waking up our kids, we called the fire department. They were there in less than 10 minutes, turned the thing off, and gave us a couple free temporary smoke detectors to use—little did I know the offending alarm should have been replaced in 2005, five years before I bought our house!

One could argue that in both of these situations, the role of firefighters was simply to help stupid people resolve their problems. I should have preemptively bought a ladder that could have reached my smoke detector; our neighbor’s mother should have been more careful with the lock on her door. Yet this is precisely why fire departments exist. Among the top reasons for fires in homes are overheated cooking equipment, smoking in bedrooms, using candles, and not monitoring curious children—in other words, making stupid mistakes. We like to think we are all intelligent, responsible people—until we forget something, get distracted, or simply have a long day that overtaxes our intellects. We are all stupid people at one time or another, and require friends, neighbors, and, yes, firefighters, to help us clean up our messes.

Moreover, firefighters take incredible risks. Ninety-three of them died in the line of duty in 2017. In counties like mine, they are volunteers, largely dependent on responsible citizens’ willingness to provide them with financial support. They are also often role models for our children—my three-year-old son is obsessed with firefighters and fire trucks. When that big red vehicle rolled through our neighborhood the other day, he could hardly contain his excitement. Are they not one of the best parts of any Fourth of July parade? These are public servants who stand ready to answer the call at all hours of the night. Few professions in America require that sacrifice.

Perhaps there are places in the United States where fire departments should be trimmed or investigated, especially if they are bringing in salaries that far surpass many other public servants, such as teachers. Yet I think I’m okay with having a lot more firefighters than we technically “need.” Firefighters’ role in the perpetuation of the common good in American communities is significant, even in surprising and unexpected ways. When they showed up to help that poor woman get down from her deck, it brought my neighborhood together in a way that I had never before witnessed.

A February 2001 report in the Wall Street Journal noted that “to keep their employees busy, fire departments have expanded into neighborhood beautification, gang intervention, substitute-teaching and other downtime pursuits.” This is supposedly evidence that we have too many firefighters. Yet I’d rather public servants find other volunteer activities in their downtime as opposed to gutting or dissolving fire departments. Moreover, at a time when America is suffering a decline in community service and volunteerism, we should be grateful for firefighters serving our communities in other ways. As was the case in my Virginia neighborhood, you never know when you’ll need the assistance of a firefighter.