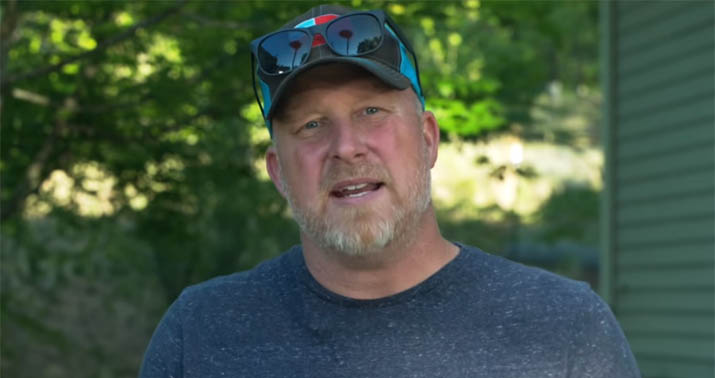 A group called the Swamp Accountability Project has launched a new ad which is aimed at an audience of one: President Trump. The ad is titled “Weak” and the whole point is to suggest that firing Special Counsel Robert Mueller would be a sign of weakness and a betrayal of the President’s promise to drain the swamp. But not just weak, the ad goes beyond that to suggest firing Mueller would be “impotent.”

In the ad, a self-described Trump supporter who appears to be standing at a makeshift workbench says, “We don’t want someone that’s weak, petty, or impotent. That’s why we voted for you instead of those other guys. Don’t fire Mueller or the Deputy AG. Just focus on Making America Great Again.” From HuffPost:

GOP consultant Liz Mair, a strategist for the group, said that the group doesn’t believe Trump committed any crimes during the 2016 presidential election. But she added that the outfit views Mueller, who is leading the investigation into Russia’s meddling, as “the only investigator who has had significant interest and success in going after Russians who interfered in the 2016 election” as well as “stereotypical Beltway influence-peddlers who were exactly the people voters rebelled against in 2016.”…

“It’s our view that these guys, where there’s sufficient evidence of criminality, absolutely deserve to be prosecuted,” said Mair, who belonged to the conservative #NeverTrump movement during the 2016 campaign. “It’s time to clean house, and that should be especially evident this week. So, we’re running this ad to convey the message that the president should leave Mueller and Rosenstein alone directly to President Trump himself.”

In order to make sure Trump sees it, the group is running the ad on “Fox and Friends,” one of Trump’s favorite morning shows.

The ad has a good look and the speaker (or actor) looks like he could be a genuine Trump supporter, but the script is a bit over the top. Did someone really decide that connecting the firing of Mueller to “impotence” would convince Trump not to do it? I think that’s the bottom line here. I’m half-surprised they didn’t go all the way and call the ad “Limp.”

That said, I’ve thought many times over the past year that I wish Trump would stop shooting his mouth off and stick to fulfilling his campaign promises. Even accounting for a media that is eager to capitalize on his mistakes real and imagined, Trump gives his enemies far too much material to work with. He really should stay focused on the economy and let Mueller get on with it and, hopefully, wrap it up soon.