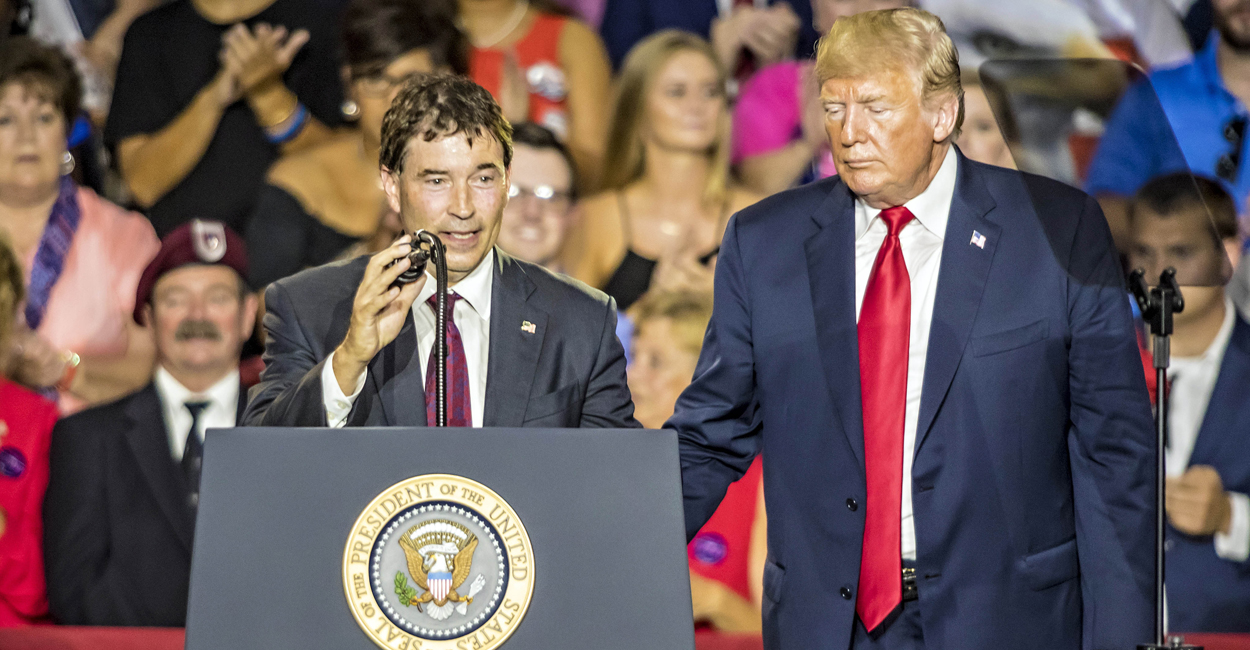 Republican state Sen. Troy Balderson appeared to have a slight edge in the Ohio special House election Tuesday, marking what could be a disappointment for Democrats, but a potential warning sign for the GOP.

The lead changed several times throughout the night, as more votes were counted. With over 3,000 provisional and more than 5,000 absentee ballots still not reviewed, a recount, which would occur if the difference between the two candidates was half a point or less, cannot be ruled out.

In a victory speech, Balderson thanked President Donald Trump and Vice President Mike Pence for campaigning for him.

“America is on the right path, and we are going to keep it going that way. It’s time to get to work,” Balderson said. “Over the next three months, I’m going to do everything I can to try to keep America great again, so that when we come back here in November—get ready, we’ve got to come back in November—I have earned your vote for a second time.”

O’Connor also spoke to his supporters, and did not concede the race yet.

Trump traveled to Ohio over the weekend, stumping for Balderson. Tuesday night, the president tweeted: “When I decided to go to Ohio for Troy Balderson, he was down in early voting 64 to 36. That was not good. After my speech on Saturday night, there was a big turn for the better. Now Troy wins a great victory during a very tough time of the year for voting.”

…..Congratulations to Troy Balderson on a great win in Ohio. A very special and important race!

The Ohio election was held to fill the seat vacated by former Republican Rep. Pat Tiberi, who retired from Congress to become the president and CEO of the Ohio Business Roundtable.

In December, Democrat Doug Jones scored an upset Senate victory in Alabama. In March, Democratic Rep. Conor Lamb won a Pennsylvania special election for a seat vacated by a Republican, but Republicans have won special elections in Texas and Arizona this year.

The Ohio result could be a national bellwether, said Ken Blackwell, a former Ohio secretary of state and the 2006 Republican nominee for governor.

“If you look at the history of the 12th District in Ohio, if we have our hat handed to us, it has great implications,” Blackwell told The Daily Signal.

The district—centered around Zanesville, Mansfield, and Dublin near Columbus—has been in Republican hands consistently since 1983 and has been a GOP stronghold since 1920, except for an eight-year stretch for a Democrat in the 1930s and a one-term Democrat in the early 1980s.

The margin of victory for Balderson definitely matters, Blackwell said ahead of the final results.

“If he wins by less than 7 points, Republicans better be on their toes and not on their heels,” Blackwell said.

Blackwell was in communication with the state party on get-out-the-vote efforts and said that base voter data “suggested a lot of base voters might be on vacation.”

Trump and Ohio Gov. John Kasich, opponents during the 2016 Republican presidential primaries, have had a strained relationship, but both endorsed Balderson’s candidacy.

“We still have a challenge to get the Republican leadership all on the same page,” Blackwell said. “For Gov. Kasich, this can’t be about Trump, but about Trump’s agenda, which has been good for Ohio.”

O’Connor said in a campaign ad that he wouldn’t vote for House Minority Leader Nancy Pelosi, D-Calif., to be speaker of the House. However, he hedged on the promise in an MSNBC interview, reluctantly saying he would vote for her if his vote was needed to support a Democratic leader.

Balderson was criticized for potentially writing off one-third of the district, when he said Monday while campaigning in Zanesville, Ohio, that, “We don’t want someone from Franklin County representing us.”

The president’s Saturday visit to Ohio means he owns the result, at least as far as public perception goes, said Geoffrey Skelley, political analyst for the Center for Politics at the University of Virginia.

The expectations game will be significant, considering the solid Republican leanings of the district, Skelley said.

“If O’Connor is close, or wins, it’s a negative for Republicans,” he said.