Social Media: The Prime Threat to Freedom of Speech? 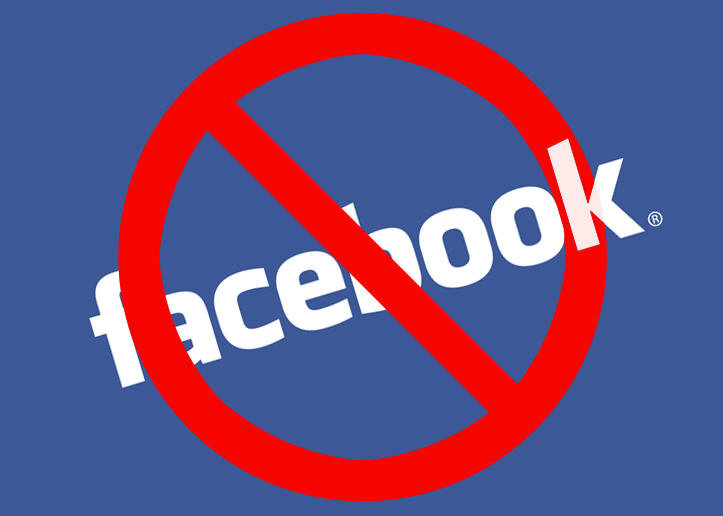 Blogs shattered the Old Media monopoly during the 2004 election.

We remember it well. At the time, it seemed like the dawn of a new age.

Social media became an instrument to restore the power of the guild. As websites grew dependent on a few big social platforms for clicks, a leash that could tame the seemingly uncontrollable blogs was forged.

This is the key thesis, and I think it is correct. Initially, social media appeared to be incredibly liberating. Anyone could have a Facebook page; anyone could be on Twitter. The “long tail” that never really existed in the blog era had come into being. But there was a catch.

Some on the Left wanted to do this with crude government censorship, but that always runs into 1st Amendment problems, and it’s a power they could lose in elections. Guild power is immune to elections. …

When you ask a lefty, “Why do you want to establish government censorship powers that could one day fall into the hands of a Donald Trump?” you’re asking a question many asked themselves before 2016, and all have asked themselves since.

Unelected guilds and mob actions give the Left control over speech without fear of losing elections or running into the 1st Amendment.

This is a critical point. As I noted here, even the Democratic Party Supreme Court justices unanimously reject the idea that “hate speech” somehow lacks constitutional protection. So the Left found an easier way.

They also confer the power to define terms, which is how government power can be bent to the Left even when it loses elections.

Right. Who defines what constitutes “hate speech”? The Left, of course. A wonderful example of this is Twitter’s suspending Candace Owens’ account when she took tweets by Sarah Jeong, and simply substituted “black” for “white” to make a point. Meanwhile, had Jeong ever been suspended? Of course not! “Hate speech” is when people say things we disagree with.

Losing control over the phrase “Fake News” was a rare loss for the Left in the battle to define terms. They want to take it back so they can decide what constitutes “Fake News” and enforce policies that effectively ban it, ideally without a 1st Amendment case reaching SCOTUS.

Left-wing activists are not afraid of establishing non-governmental guild controls that would effectively ban “fake news,” “hate speech,” “dangerous ideas,” etc. because they are confident they will define those terms. The sword of New Censorship is not double edged.

We see that every day. The social media platforms ban, suspend and shadow ban conservatives every day. Liberals who advocate violence against conservatives, assassinating the president, etc.? No problem.

They have good reason for believing that. Look at the social media landscape right now. Look at the vile hatred and even incitements to violence on the Left that go serenely undisturbed. No major left-wing org or news network needs to worry about deplatforming or shadow-banning.

Exactly. Many have pointed out that Alex Jones of Infowars fame was simultaneously de-platformed–kicked out–by YouTube, Facebook, Apple and LinkedIn. Even Pinterest banned Jones, although it isn’t clear he was ever on Pinterest. Maybe they just wanted to get in on the action. Meanwhile Antifa, a fascist group indistinguishable from Germany’s Brownshirts, is welcome on all platforms.

I don’t think this is quite right. The social media platforms haven’t raised barriers against entry on the internet. It is as easy to set up a web site and start writing today as it was in 2004. But most have been enticed into an easier path: platforms like Facebook and Twitter where the audience is relatively ready-made.

Hayward concludes that the “blog revolution of 2004” has been squashed. I think that is largely correct. Instead of the freedom of the internet in those early years, we have companies like Facebook, Google, Apple and Twitter, unfettered by the First Amendment, largely responsible for deciding who is heard by a large audience, and who isn’t. It isn’t coincidental that all of those companies are run and staffed mostly by leftists. The bans, suspensions, and shadow bans that we see today are merely a warm-up for the assault on conservatives that we will see as the 2018 midterms heat up and, above all, when President Trump runs for re-election in 2020. That is when Big Media will really have its thumb on the scale.

That’s the diagnosis, what is the cure? Given the powerful network effects that have entrenched dominant platforms like Facebook, Google and Twitter, there is no obvious answer. Antitrust action is a possibility, but the leftists’ ideological offenses don’t fit traditional antitrust theories, nor do antitrust remedies obviously apply. How different would things be if there were, say, three Facebooks and three Twitters?

Other forms of government regulation are possible. We could turn Facebook et al. into public utilities and thereby subject them to the First Amendment. Conservatives instinctively, and properly, recoil from the idea of making dominant media platforms into government agencies.

What, then, is the solution? I don’t know. But there is plenty of demand for conservative perspectives on the news. There is a reason why Fox News is the number one rated cable news network, why conservatives dominate talk radio, and why conservative web sites attract a lot of traffic. Conservatism long predates Facebook and Twitter, and frankly, the right did better online in 2004 than we are doing today. One way or another, I think conservatives need to be preparing for a post-social media world.