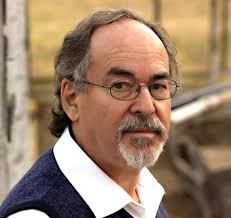 In the third of the three review/essays I chose to preview for Power Line readers from the new (Summer) issue of the Claremont Review of Books (subscribe here), Mark Bauerlein surveys the works of David Horowitz after his turn from the radical left. Bauerlein is professor of English at Emory University; he has not previously written for the CRB, but he was an inspired choice to review my friend David’s most important work. Bauerlein’s essay is “Radical prophet.”

I’m sure my friend David needs no introduction to Power Line readers. He told his own story in Radical Son (1997). I first met him nearly 30 years ago when he came to the Twin Cities with Peter Collier to talk about Destructive Generation: Second Thoughts About the ’60s (1989), their fantastic collection of jointly written essays documenting their turn to the right.

Jay Nordlinger alluded to Whittaker Chambers in the title of his profile of David for NR, “A witness, part 1” (followed by part 2 and part 3). Jay undertook to assess “the meaning of David Horowitz.” Bauerlein continues the effort and looks back on David’s turn to the right with special attention to the concluding volume (volume 9) of David’s collected writings on the left, Black Book of the American Left.

Summer 2018 makes the Horowitz of 20 or 30 years ago look all-too-prescient. He warned conservatives in alarming terms of what was to come; he reminded leftists of their embarrassing misdeeds; he refused to glorify the good old days of agitation, and instead tallied the damage they did and continue to do; he chose the most sensitive issues of race, free speech, and the meaning of America, telling conservatives that they could not run from them. Irving Kristol announced in 2001 that conservatives had lost the culture wars (though he reserved religion as a force the Left hadn’t quite vanquished). Horowitz disagrees—not, however, because he thinks that the Left hasn’t scored victory after victory; he disagrees that the Left thinks the war is over. It’s never over, not for them. In the progressive mind, Horowitz insists, there is always so much more to do.

Conservatives who believe that capitulating on same-sex marriage or any other hot progressive desire will bring calm are naïve. That’s Horowitz’s lesson today. As long as the Left has influence in American politics, we’ll be caught in a culture war whether we like it or not. To be a conservative culture warrior; to see the Left not as one segment of a pluralistic American polis, but as an illiberal, not-so-secret Fifth Column eager to monopolize civic life and private affairs; to regard the 2016 election as a Flight 93 situation—these are not alarmist reactions. They are sensible responses to a zealous adversary.