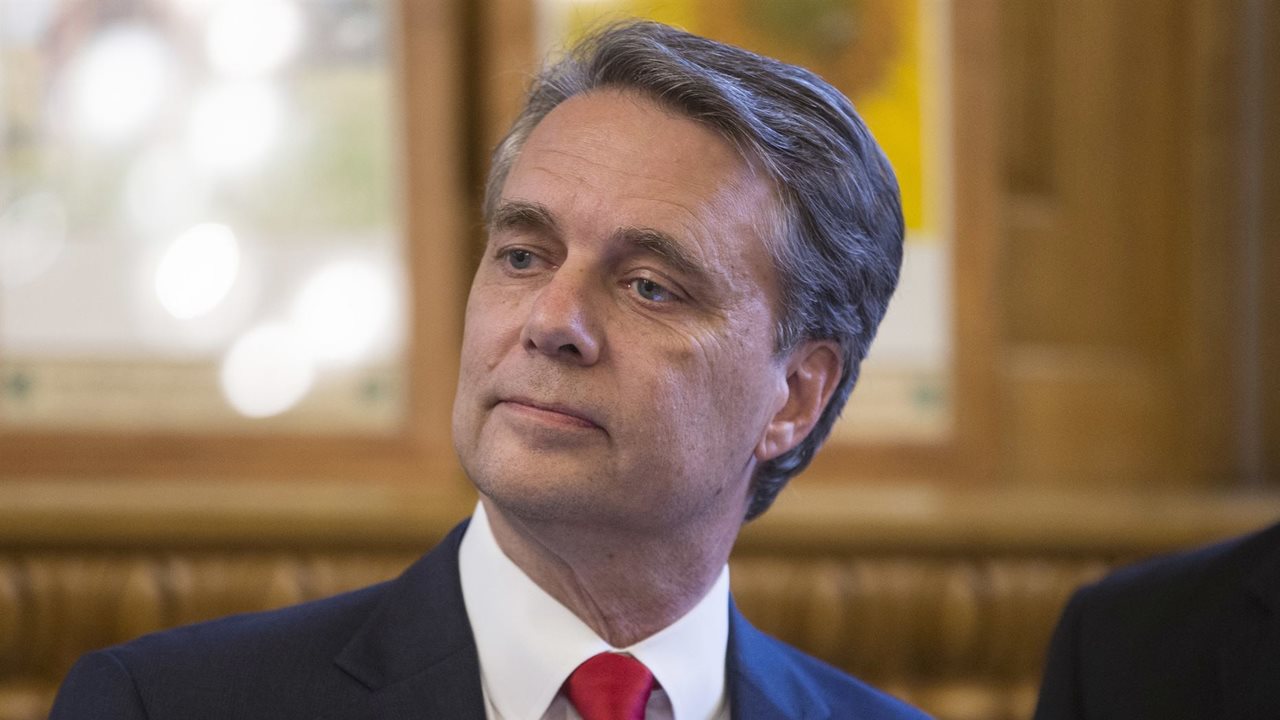 TOPEKA, Kan. (AP) — Kansas Gov. Jeff Colyer demanded Thursday that Secretary of State Kris Kobach, who holds a minuscule lead over him in the Republican primary, stop giving advice to the state’s counties on how to handle still uncounted ballots.

A close contest between the embattled governor and a conservative lightning rod took an acrimonious turn with Colyer accusing Kobach of giving county election officials advice “inconsistent with Kansas law.” It also came with Kobach’s already tiny lead shrinking and questions about the results his office posted online.

Kobach’s lead dwindled Thursday to 121 votes, out of more than 311,000 ballots cast. It had been 191 votes, but one county discovered that the tally of its results on the secretary of state’s website mistakenly shorted Colyer’s total by 100, while another reported different figures for both candidates, for a net gain of 30 for Kobach.

The counting is not complete because state law says mail-in ballots that are postmarked Tuesday can be accepted by the counties as late as Friday. And county officials still must review perhaps several thousand provisional ballots, given to voters at the polls when their eligibility is in question. They have until Aug. 20 to finish.

Colyer released a letter after his campaign announced that it had set up a “voting integrity” hotline and urged people to report their complaints about the election. Colyer spokesman Kendall Marr said it received “countless” reports, saying he personally knows of several dozen.

“It has come to my attention that your office is giving advice to county election officials — as recently as a conference call yesterday — and you are making public statements on national television which are inconsistent with Kansas law and may serve to suppress the vote in the ongoing primary election process,” Colyer said in his letter.

Kobach, a vocal advocate of tough immigration and voter identification policies, advised Trump’s campaign in 2016 and the White House afterward and served as vice chairman of Trump’s now disbanded commission on election fraud. Trump tweeted his endorsement of Kobach on Monday, less than 24 hours before polls opened.

But Kobach’s no-apology, hard-right conservatism has alienated even some fellow Republicans, and Colyer has sought to project a more mild-mannered, steadier style.

Kobach told reporters Wednesday that he knew of no significant reports of irregularities in Tuesday’s primaries, outside of long delays in reporting results from the state’s most populous county. There, Johnson County in the Kansas City area, results were delayed by problems with uploading data from new voting machines.

But the totals for the GOP primary for governor’s race in two western Kansas counties posted on the secretary of state’s website did not match the totals from the counties themselves.

First, in Thomas County in the state’s northwest corner, the final, unofficial results posted on the secretary of state’s website show Kobach winning there with 466 votes to Colyer’s 422. But the tally posted by the Thomas County clerk’s office shows Colyer with 522 votes, or 100 votes more, a number the clerk confirmed to The Associated Press on Thursday.

Bryan Caskey, state elections director, said county officials pointed out the discrepancy Thursday following a routine request for a post-election check of the numbers to counties by the secretary of state’s office.

“This is a routine part of the process,” Caskey said. “This is why we emphasize that election-night results are unofficial.”

Thomas County Clerk Shelly Harms said it’s possible that her handwriting on the tally sheet faxed to the secretary of state’s office was bad enough in the rush of primary-night business that the number for Colyer wasn’t clear. A copy she provided to The AP suggested that explanation was generous — the number for Colyer is unambiguously “522.”

“They just misread it,” she told The Associated Press.

Sign up for “Politics in Focus,” a weekly newsletter showcasing the AP’s best political reporting from around the country leading up to the midterm elections: https://bit.ly/2ICEr3D