The Conservative Case Against the Death Penalty 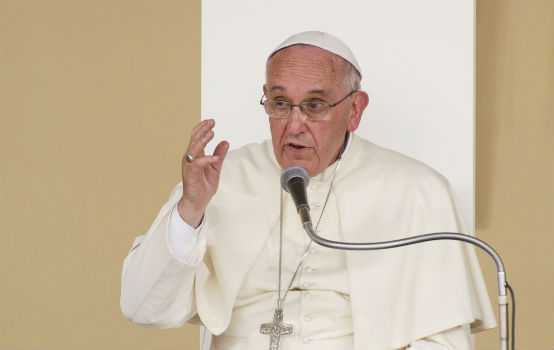 It’s tempting to chalk up Pope Francis’s recent announcement—that the catechism has been revised to decree the death penalty as always “inadmissible”—to his perceived leftism. But that would be a mistake not only from a theological perspective, but also from a conservative one.

The two main conservative arguments for the death penalty are surprisingly weak. The first is that it acts a deterrent. The factual basis for this is, at best, debatable: the number of penal executions spiked in the 1990s and the U.S. murder rate crashed. However, as the use of capital punishment has declined since 2000, the homicide rate has also continued to go down. (See data here and here.) Moreover, the disparity in executions relative to murders undermines the credibility of the argument: executions peaked at 98 in 1999; that same year there were 15,522 murders.

Moreover, the implicit psychology behind the deterrence theory is highly suspect. The offenders whom pro-death penalty advocates hold up as model candidates for lethal injection—serial killers, sadists, and others who stand out for their brutality or deviance—don’t tend to be rational decision-makers, weighing cost and benefits, crime and punishment.

This was borne out in a 2015 study published in The Lancet journal of psychiatry, which found that psychopaths and those with anti-social personality disorder do not respond to punishment the way the rest of us do; in fact they do the opposite, thinking that their behavior will always be rewarded.

The argument from the theory of retributive justice is more solid. But the strength of this theory does not lend itself to the death penalty. One of its core principles is that of proportionality: the punishment must correspond to the offense, with greater crimes eliciting more severe punishments. This approach not only seems eminently reasonable but also compassionate: it’s what prevents us from amputating the hands of thieves or issuing fines for assaults, as C.S. Lewis argued.

Retributive justice calls for the death penalty in cases where the principle of proportionality would not be satisfied by a lesser punishment, according to pro-death penalty Catholic philosopher Edward Feser. (I’m relying on a summary of his position given at Brown University on February 6.) But there are limits to how far we can go in applying this principle. Mass murderers, for example, cannot be executed again and again, as Feser notes.

Moreover, it should be self-evident that the proportionality, by definition, does not demand equivalence or exactitude. We don’t give victims of theft license to raid the homes and businesses of the original perpetrators, nor do we allow the state to do this on their behalf. Likewise with rapists: there is simply no remotely equivalent punishment that corresponds to the physical and psychological harm they inflict. Again: no one would argue that sadists who torture their victims but leave them alive should be waterboarded or subjected to sensory deprivation.

Proportionality tells us “how much” of a punishment should be doled out. But as to the nature of what that punishment is, modern society has, when it comes to serious crimes, settled on one thing: prison time. To simply say that murder is different because a life is lost is inadequate. There is no shortage of crimes that are unique in their own way and seem to call out for a special punishment—rape, assaults that inflict life-altering injuries, and child abuse come to mind. However, retributionists don’t seem to worry that the principle of proportionality is underserved by prison time when it comes these offenses. Why is justice served by prison sentences in these instances but not for murder?

Meanwhile, the conservative arguments against the death penalty are much stronger than many people realize. The first is simply fiscal: even if you don’t object on moral grounds, the high cost alone makes it worth opposing. According to Heather Beaudoin, the senior manager of Conservatives Concerned about the Death Penalty, capital punishment cases can be two to three times more expensive than comparable cases in which the death penalty is not sought.

In Texas, Jasper County raised local taxes by 7 percent just to cover the cost of a single death penalty case. In Nebraska, Richardson County had to mortgage its ambulances to deal with the costs of two such cases. Overall, the state has spent $100 million prosecuting capital cases since 1976, according to a state senator. Over a similar time period, the tab in California hit $4 billion. In a 2015 op-ed, Ron Paul declared, “It is hard to find a more wasteful and inefficient government program than the death penalty.”

But beyond purely pragmatic considerations, conservatives should be against the death penalty on the principle of small government. As Beaudoin told me in a previous interview, “There is no greater power that we can give to the state than the ability to decide who lives and who dies.”

Of course, we have to live with a fallible state that makes mistakes. But there’s a key difference to other erroneous punishments it might impose: they are reversible, or at least can be mitigated. A person wrongly sentenced to prison might not get back the time already served, but he still gets something. Moreover, he has a chance to sue over his wrongful conviction.

Thomas Aquinas is often cited as a theologian who supported the death penalty, but Catholic scholar E. Christian Brugger has argued persuasively that Aquinas’ own premises are more supportive of the anti-death penalty position. This is readily apparent in a section of the Summa Theologica where he’s discussing human and divine judgments. “One who exercises public authority may lawfully put to death an evil-doer, since he can pass judgment on him,” Aquinas notes. However, in the next breath, he suggests that it’s God’s prerogative to determine when a person’s life should end: “But the passage from this life to another and happier one is subject not to man’s free-will but to the power of God…because the ultimate and most fearsome evil of this life is death.”

Of course, Aquinas quickly reiterates that public authorities are exempted from this rule, but he does not satisfactorily explain why. Yes, of course, public authorities are charged with promoting the common good, but this raises the question: why does this give them the right to inflict what Aquinas admits is the “most fearsome evil of this life?”

Even the analogy he employs doesn’t compel acceptance of the death penalty. Aquinas compares executions to amputations: just as a physician must cut off a diseased limb, so also must public officials “amputate” “bad members” of the body politic. But the principle suggested by this analogy is fulfilled by life in prison, which also achieves the effect of removing someone from society. Pro-death penalty conservatives may argue that sometimes underserving murderers have a chance of parole, but that is a mistake that is easily fixable.

A more convincing case could be made against such an exception based on what Aquinas has said about God: surely the death of a person is a power that should be reserved to Him alone.

Finally, a pro-life concern for the inviolable dignity of the person should motivate conservatives to reject the death penalty. In his book Capital Punishment and Roman Catholic Moral Tradition, Brugger outlines the basic argument: what human reason recognizes as good or evil should, according to the natural law, be either pursued or avoided. Human reason regards the “preservation of human life as good and worthy of pursuit” while “that which is contrary to human life” is “bad and worthy of avoidance.” One way of determining whether an action is good is whether a good is intended. The conclusion is that “the intentional harming or destroying of human life” is not good and should be impermissible.

Incarceration does not violate this norm. As Brugger notes, “Punishment, therefore, can deliberately inflict harm without deliberately harming basic goods. One can intend the good end of restoring the order of justice and adopt means such as censure, fines, imprisonment, or exile, and yet never will as an end or means the destruction of or harming of a person’s life, pursuit of knowledge, relationships of friendship, and so forth.”

Brugger’s arguments rest on Aquinas. But his other major source is Pope St. John Paul II and the message of life that was one of the hallmarks of his papacy. (See especially his encyclical Evangelium Vitae.) Brugger predicted that John Paul II had laid the conceptual foundation for what Pope Francis is doing now.

Thus, the current pope’s revision of the catechism is, at least in this instance, less a change in doctrine than a continuation of developments begun under a pope who was an ally of conservatives on some of the most important issues of the last century. So if you’re skeptical of Francis, then trust John Paul II on this one. John Paul II was right on communion, right on freedom, and right on abortion. And he was more right than he perhaps was himself willing to admit on the death penalty.