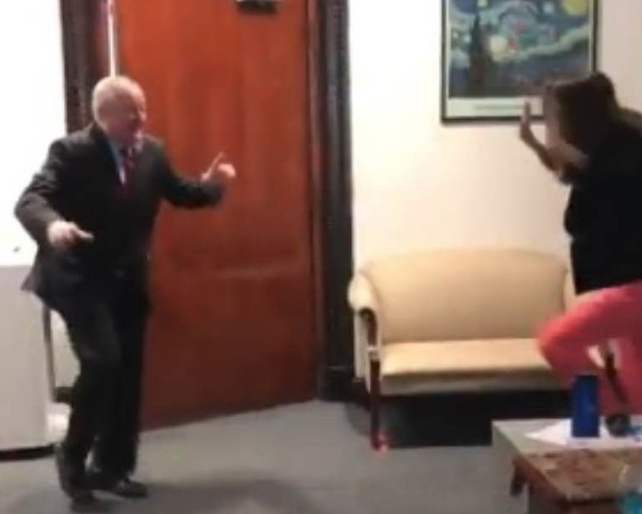 Last night, Department of Homeland Security head Kirstjen Nielsen appeared on Sean Hannity’s program to discuss the outrageous story of a girl who was raped by an illegal immigrant released from prison instead of being held, as ICE had requested. Mike Brest of the Daily Caller reports on the interview, which I didn’t see.

Let me tell the audience about a case that we just found out about and this is out of the city of brotherly love, this is out of Philadelphia. Previously deported immigrant from Honduras raped a child after Philadelphia authorities ignored ICE detainers and released him, pled guilty to illegal entry. Anyway, it goes back to this particular man, Juan Ramon Vasquez, 45.

Then after local criminal charges against him were dropped, Philadelphia officials did not comply with a detainer by the Immigration and Customs Enforcement. He was released, after his release he was rearrested and convicted for the rape of a child, and unlawful sexual contact with a minor.

Philadelphia mayor James Kenney was captured on video dancing with an aide after a federal judge ruled in favor of the city’s sanctuary city policy, finding it reasonable and appropriate. I wonder whether this poor excuse for a mayor is still dancing after Vasquez committed rape. I wonder whether the victim and her parents think Kenney’s obscene policy is reasonable and appropriate.

Unfortunately, Democrats are driven by their long-term electoral strategy — maximize the number of illegal immigrants, enable most of them to become citizens (or otherwise vote), and ride their votes to electoral victories in order to make America a “democratic socialist” country. This strategy overrides whatever slight concern these politicians might have for public safety.

The Democrats’ long-term strategy has a fair chance of succeeding. However, it risks a major backlash, as we saw in the 2016 election.

Democrats shouldn’t assume that the disaffected folks who made the difference in electing Trump are the only category of voters who, in the future, might vote for Republican presidential candidates in reaction to lawlessness by once-and-future illegal immigrants, criminals released from jail too soon pursuant to “sentencing reform,” and a host of other pet Democratic projects that run counter to the interests of law abiding Americans. Demographics matter, but law and order matters too.

JOHN adds: Amen. I would add that those most likely to be hurt by the Democrats’ fecklessness when it comes to law enforcement are not the upper-class whites who run the Democratic Party. The Democrats could be in for a nasty shock when they learn how Hispanic and African-American citizens feel about crimes like rape and murder that are needlessly inflicted on them because of the Democrats’ political strategies.