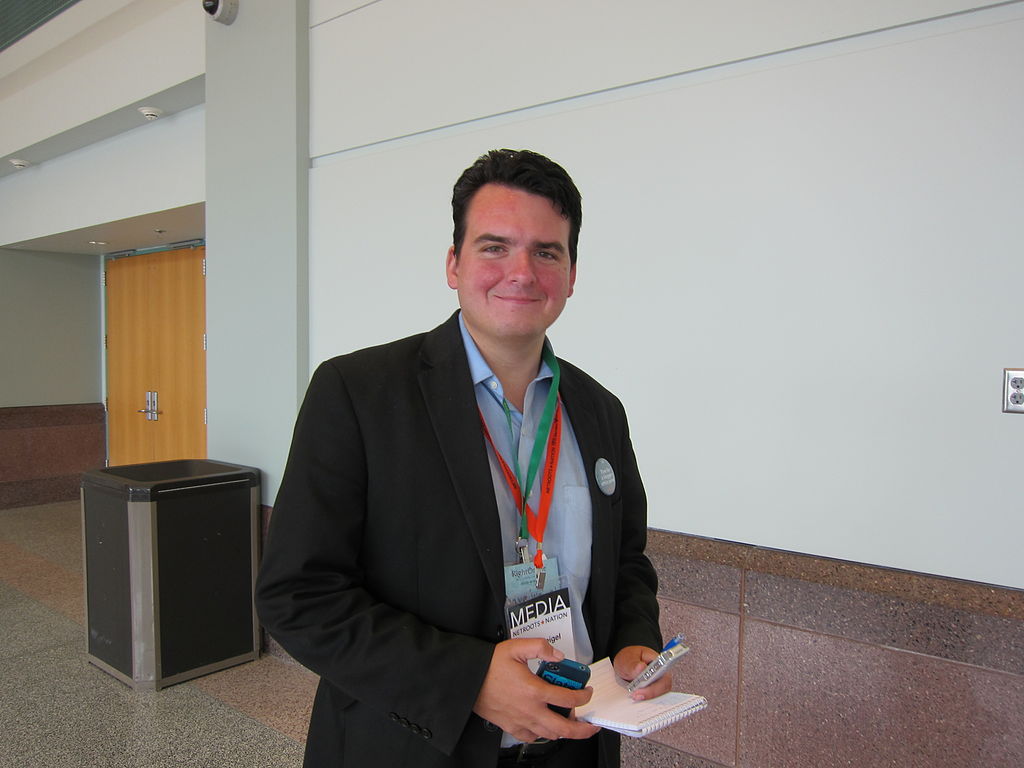 rn @AbdulElSayed is on track to lose by 20 points, but respect where due. He's 33. He's never run for anything before. He lapped a rich guy who went after the same voters and spent $11m. We'll see him again.

In reality, we will likely never see him win, let alone in a statewide contest. Weigel’s sycophancy for a left-wing loser is not the sort of opinion that used to land him in professional trouble. But his career arc is a window on this moment in American journalism and politics.

Weigel made a name for himself at Reason magazine with a 2008 article about Rep. Ron Paul’s publication of newsletters with racist and conspiracy theorist content. The attention prompted follow-ups on Paul’s promotion of the John Birch Society, the white supremacists around his campaign, and some of his supporters’ attraction to birtherism.

Given Paul’s presidential campaign, this angle was newsworthy, particularly for Reason’s libertarian readers. It was also a lesson for Weigel in the appeal of covering the Right’s fringe elements.

Weigel parted ways with Reason after the 2008 election because he “wasn’t fully on board with the magazine’s upcoming, wonky focus on picking apart the [Obama] administration.” Editor Matt Welch later wrote: “What [Weigel] wanted to write about, and what we needed him to write about, were two different things.”

What Weigel wanted to write about was right-wing kooks, which he made his beat at the lefty Washington Independent from late 2008 through early 2010. Weigel believed the media did not sufficiently portray the Tea Party as riddled with fringe elements, even while admitting the movement’s leaders generally opposed the fringe. His coverage of people like Tom Tancredo and Joseph Farah and continuing fascination with birther attorney Orly Taitz ignored Tea Party supporters’ disinterest and opposition. Even the left-wing New York Review of Books offered fairer reporting.

Nevertheless, Weigel’s shtick was popular with the center-left. Weigel joined the Washington Post in March 2010. He spun himself as sympathetic to the conservative movement and hostile only to its fringe.

Here, Dave Weigel Was Free to Skewer the Right

Weigel “resigned” from the Post that June, after media outlets published messages from JournoList, an email group for liberal journalists. The coverage highlighted Weigel’s incendiary comment that “This would be a vastly better world to live in if Matt Drudge decided to handle his emotional problems more responsibly, and set himself on fire.”

Other messages revealed Weigel’s desire to shape coverage and de-platform various conservatives. Weigel partially sold himself as a former Ron Paul voter, but privately ranted about “screaming Ron Paul fanatics” and the “Paultard Tea Party people” on Fox News. He also urged his colleagues (among other things) to avoid linking to the conservative Washington Examiner, and to black out former veep nominee Sarah Palin’s claim that Obamacare legislation included “death panels” that would ration treatment, even if the coverage was negative.

Weigel quickly landed gigs with MSNBC and Slate (also owned by the Washington Post, because elite journalism is a smaller world than Disney ever imagined). His formula remained the same: compare Ben Domenech on Ted Cruz’s Jacksonian foreign policy speech at a 2014 event with Weigel’s account of the event as a hive of right-wing nuttery.

In September 2014, Weigel jumped to Bloomberg, but rejoined the Post mere months later. There, he was forced to apologize again, this time for a false claim about the Trump campaign from his Twitter account. Since the 2016 election, he has tended toward more mundane, friendly reporting on Democratic politics.

Weigel and his defenders might claim his career should be hailed as anticipating the Trump era. Yet Weigel’s private theory is that fringe characters and issues should be suppressed because even critical coverage fuels them. By Weigel’s theory, hyping nutters was good for Dave Weigel, but less so for our politics. It is like the belief that billions in free media coverage for Trump was bad for America, but good for CBS, writ small.

Curiously, the Shoe Never Goes On the Other Foot

Conversely, Big Media has no left-wing nut beat. It was not a major story when most Democrats said they believed President George W. Bush was complicit in the 9/11 terror attacks. When President Barack Obama named Van Jones, who had helped organize one of the first truther groups, to be a “czar,” the media did not frame it as the elevation of a nutter. Indeed, Weigel saw opposition to Jones as evidence of racism.

When progressive leaders and tens of congressional Democrats maintain political ties to a racist conspiracy theorist like Louis Farrakhan, Big Media covers it as an obligatory chore rather than a broader phenomenon. Today, The New York Times can name someone with years of anti-white tweets to its editorial board with broad support in the profession.

More than one-third of Democrats, including figures like Howard Dean and Robert Kennedy Jr., fueled the theory that Bush supporters committed significant voter fraud to win the 2004 election. Today, journalists and politicos sloppily claim Russia hacked the 2016 election, despite a lack of evidence that vote counts were affected. Yet at no time does Big Media treat left-wing nuttery as a political issue.

These are obvious examples of how elite journalism in America decides what is extreme. For a more subtle example, consider a recent Weigel story on Democrats embracing the idea of single-payer health care in state politics. Weigel leads with a pitch from—wait for it—Abdul El-Sayed, although Weigel had every reason to know El-Sayed had little chance against his primary opponent Gretchen Whitmer, who considers such proposals “deceptive.”

Only patient readers learned that Colorado voters widely rejected a single-payer proposal (paragraph 16). And that single-payer is languishing in the state legislatures of New York (paragraph 19) and California (paragraph 30). Then, after more blather from El-Sayed, that the drive for single-payer failed in Vermont (paragraph 39). A progressive idea that flounders in Vermont, California, and New York might be considered “extreme,” but Weigel’s framing of the story seems designed to avoid that question.

As in the more obvious cases, the media generally shares Weigel’s attitude toward the growing extremism within the Democratic Party. Weigel just happens to be a case where that attitude is at its most ironic.