Is democracy a means or an end to democratic socialists like Alexandria Ocasio-Cortez? 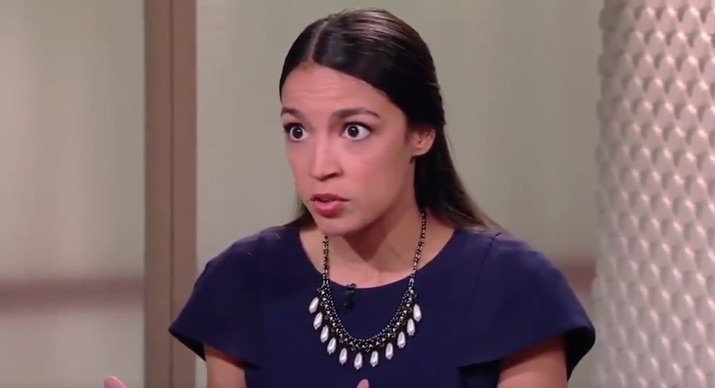 Political science professor Sheri Berman has written an interesting piece on the history of democratic socialism and social democracy. What the piece reveals is that the proponents of the former view have a long history of not playing well with others in a way that isn’t always compatible with democratic institutions.

Democratic socialism and social democracy originated in splits within the international socialist movement over how to deal with Marxism’s failures. Central to Marxism was the belief that capitalism’s internal contradictions would inevitably lead to its demise. By the late 19th century, however, rather than collapsing, capitalism was showing great resiliency. In response, three camps emerged with different views of capitalism and democracy.

The first, epitomized by Lenin, argued that if the old order was not going to die on its own, a revolutionary vanguard should kill it. Others were unwilling to accept the violence and elitism of this course. Some argued that while Marx may have been wrong about the imminence of capitalism’s collapse, he was right that it was inherently unstable and unjust and would not persist indefinitely. The left’s role, therefore, was agitating against the reigning order and eagerly awaiting its departure. Reforms, accordingly, had limited value since they could not fundamentally alter capitalism. The Polish-German activist Rosa Luxemburg, for example, argued that policies to “reduce capitalist exploitation” were ridiculous, while Jules Guesde, a leading French socialist, insisted that “in multiplying reforms, one only multiplies shams.” As for democracy, these leftists viewed it as fundamentally flawed by its association with “bourgeois capitalism” and looked forward to something “better.” With socialism their priority, and democracy a means rather than an end, this group rejected alliances or compromises with nonsocialist forces.

Other leftists dismissed the idea that capitalism was bound to collapse, arguing instead that it was possible and desirable to take advantage of its upsides while addressing its downsides. This camp’s most famous proponent was Eduard Bernstein, a German politician in the late 19th and early 20th centuries who famously argued that “what is usually termed the final goal of socialism is nothing to me, the movement is everything.” By this, he meant that talking about some abstract future was of little value; instead, the left should prioritize concrete reforms that could create a better world. Still, this would require controlling a democratic state. And so Bernstein, like others in this group, viewed democracy as a means and an end.

So, to put this another way, social democrats tend to see democratic socialism as a kind of utopianism, i.e. a future without capitalism but somehow with enough of everything to meet every need. For their part, democratic socialists view social democrats as compromised, impure, and not committed to solving the real problem (capitalism). Berman goes on to argue that a resurgence of democratic socialism will require that proponents like Alexandria Ocasio-Cortez be able to answer some of the practical questions that they have historically failed to address:

What does the DSA’s goal of socialism actually mean? If abolishing capitalism is its goal, as its adherents say, how are the growth, efficiency and innovation that are the prerequisites for redistribution to be achieved? And if reforms can’t create a better world (“Today’s democratic socialists don’t see positive policy reforms as something we’ll stack up until one day, voilà!, we have socialism,” as one democratic socialist wrote in Vox), then how is socialism to be achieved? Is democracy, even when flawed, a means or an end? Will democratic socialists prioritize democracy if the votes for a “socialist future” do not materialize? Will they eschew the compromises and alliances necessary to protect democracy? The unwillingness of Jean-Luc Mélenchon to support President Emanuel Macron in the French presidential elections, and the refusal by some American leftists to support Hillary Clinton, come to mind, as does the willingness of some democratic socialists to consider running outside the Democratic Party. And will democratic socialists accept the trade-offs and bridge-building necessary to win elections? Or is compromise, as Salazar put it, antithetical to truly fighting “for the working class and marginalized”?…

Thus far democratic socialists have effectively mobilized discontent with their critique of the status quo. But critiques unaccompanied by viable solutions do little more than whip up the already angry and frustrated, with more destabilization the likely upshot.

The question I’ve put in bold above is the one that concerns me most. If your goal is democratic socialism and you achieve it, why would you ever agree to allow the regressive forces of capitalism to return? In Cuba and Venezuela and elsewhere the answer has been to prevent the failure of the revolution at all costs, including starvation, privation, pro-government gang violence, imprisoning political rivals, state control of the media, propaganda about secret plots to undermine the state, etc, etc.

Democratic socialists may be against violence in theory but in practice, they often warm up to it once in power. I don’t expect the new crop of DSA candidates to admit in an interview that, under the right circumstances, they might do the same. But is it too much to ask to demand that they denounce their fellow socialists abroad who are already doing these things? Shouldn’t Alexandria Ocasio-Cortez be ready and willing to distance herself from socialist autocrats like Nicolas Maduro and Daniel Ortega?

But again, that’s a minimum. It would also be great if she could explain how her socialist utopianism is going to work. If we’re evolving beyond capitalism, what comes next? How do we get there without killing the golden goose that has kept the social democracies in Scandinavia alive? I don’t think Ocasio-Cortez can answer these questions which is why she’s dodging opportunities to debate and also why the media needs to step up and ask these questions until she answers or until it sinks in with millennial socialists that this is a dangerous fantasy.