Rand Paul Against the World 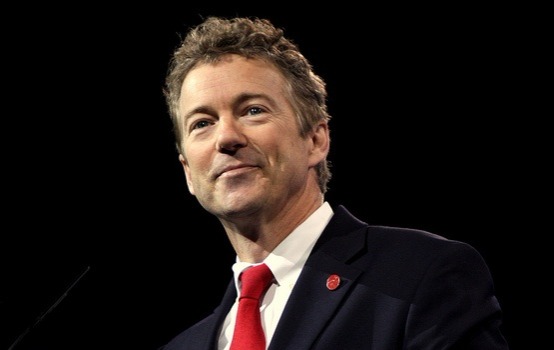 Not long ago, Donald Trump’s national security advisor John Bolton was promising regime change in Iran by the end of this year. Uber-hawk Bolton has long wanted war with Tehran. Secretary of State Mike Pompeo isn’t much different, and has even advocated bombing Iran. Secretary of Defense James Mattis has previously recommend U.S. airstrikes against Iranian targets.

Today, Bolton says the U.S. does not to seek regime change in Iran. So does Pompeo. So does Mattis.

President Trump has been known to be hawkish on Iran. Politico observed Wednesday: “Trump has drawn praise from the right-wing establishment for hammering the mullahs in Tehran, junking the Iran nuclear deal and responding to the regime’s saber rattling with aggressive rhetoric of his own….” There are also powerful factions in Congress and Washington with inroads to the president that have been itching for regime change for years. “The policy of the United States should be regime change in Iran,” says Senator Tom Cotton, once rumored to be Trump’s pick to head the CIA.

So what, or who, is stopping the hawks?

Politico revealed Wednesday some interesting aspects of the relationship between Senator Rand Paul and the president, particularly on foreign policy: “While Trump tolerates his hawkish advisers, the [Trump] aide added, he shares a real bond with Paul: ‘He actually at gut level has the same instincts as Rand Paul…’.”

On Iran, Politico notes, “Trump has stopped short of calling for regime change even though Secretary of State Mike Pompeo, Secretary of Defense James Mattis, and Bolton support it, aligning with Paul instead, according to a GOP foreign policy expert in frequent contact with the White House.”

But this part of the story was the most revelatory: “’Rand Paul has persuaded the president that we are not for regime change in Iran,’ this person said, because adopting that position would instigate another war in the Middle East.”

This is significant, not because Trump couldn’t have arrived at the same position without Paul’s counsel, but because it’s easy to imagine him embracing regime change, what with virtually every major foreign policy advisor in his cabinet supporting something close to war with Iran. “Personnel is policy” is more than a cliché.

Paul and Trump apparently like making fun of some White House staffers, as Politico also reported: “the Kentucky senator and the commander-in-chief have bonded over a shared delight in thumbing their noses at experts the president likes to deride as ‘foreign policy eggheads,’ including those who work in his own administration.”

Eggheads indeed. For every foreign policy “expert” in Washington who now admits that regime change in Iraq was a mistake (and a whole slew of them won’t even cop to that), you will find the same people making the case for regime change in other countries, including Iran, explaining how this time, somehow, America’s toppling of a despot will turn out differently.

“So let’s understand that the people pushing for regime change in Iran are seeking to destabilize and harm the country…” writes TAC’s Daniel Larison. “Just as many of the same people did when they agitated for regime change in Iraq and again in Syria, they don’t care about the devastation and chaos that the people in the country would have to endure if the policy ‘works.’”

These are the same Washington foreign policy consensus standard bearers who would likely be shaping U.S. foreign policy unfettered if 2011 Libya “liberator” Hillary Clinton had become president—or any other Republican not named Trump or Paul.

When it comes to who President Trump can turn to for a more sober and realist view of foreign policy, one who actually takes into account past U.S. mistakes abroad and tries to learn from them, at the moment it appears to be Paul against the Washington foreign policy world.

President Trump hired regime change advocates as advisors presumably because he wanted their advice, yet there’s evidence to suggest that at least on Iran, certain hawks’ wings might have been clipped.

Most importantly, on arguably the most crucial potential foreign policy decision the president can make—one that could potentially start another disastrous U.S. Middle Eastern war—it appears to be Rand Paul who is literally keeping the peace.