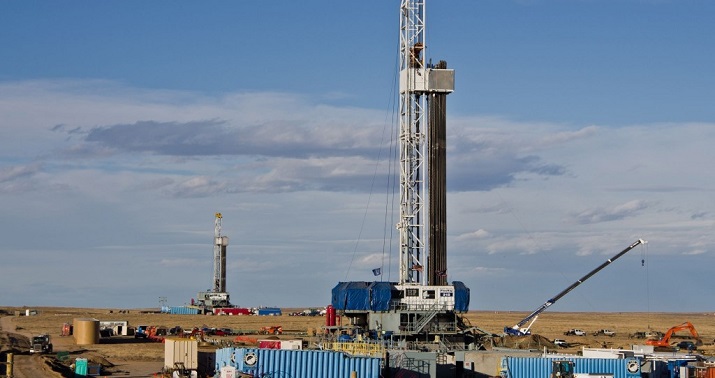 Back in June, the Democratic National Committee passed a resolution to ban the acceptance of political donations from fossil fuel companies and anyone associated with them. That wasn’t terribly surprising since the more socialist wing of the party has been pushing fossil fuel divestment (with zero success to date) all across the country. But now the midterms are fast approaching and candidates need money. With that in mind (and a few better sounding excuses to cover their tracks), DNC Chair Tom Perez scheduled a vote yesterday on repealing the ban and taking the dirty money after all. (Huffington Post)

The Democratic National Committee plans to vote on a resolution Friday afternoon to reverse a ban on fossil fuel company donations just two months after adopting the prohibition in a unanimous vote, HuffPost has learned.

Couched in language of embracing the contributions of fossil fuel workers, the proposal, introduced by DNC Chair Tom Perez, states that the party will accept donations from “employers’ political action committees.”

Some of the activists who pushed for the ban in the first place described themselves as being “furious.” This runs contrary to everything the Bernicrat wing of the party stands for. It’s nothing short of a betrayal. But they wouldn’t really do that, right? The outrage on the progressive left would be deafening. Clearly, the proposal didn’t stand a chance.

Oh, who am I kidding? It passed overwhelmingly. (The Hill)

Critics of the newly passed resolution are calling it a reversal of the DNC’s recently adopted ban on accepting donations from fossil fuel companies’ political organizations.

DNC Chairman Tom Perez sponsored Friday’s resolution that allows the committee to accept contributions from “workers, including those in energy and related industries, who organize and donate to Democratic candidates individually or through their unions’ or employers’ political action committees.”

The reasons that Perez listed for making this move actually have the ring of truth to them, whether he intended that or not. Even if you are of the mindset that energy companies are inherently evil and in league with the devil, they have millions of employees all over the country. Those workers come from every band of the political spectrum or none at all in some cases. Shutting off their contributions silences those voices. Plus, the unions representing many of those workers were in a serious snit at being left out of the influence purchasing game.

But the reality is that elections are expensive and we’re talking about some of the biggest, most profitable companies in the world. They have money to spread around and leaving it on the table isn’t smart when the DNC is defending this many seats and attempting to steal some from the Republicans. Perez can paint this picture however he likes, but the bottom line still comes down to the bottom line. That’s a lot of money.

Unfortunately for them, this is going to be viewed as one more front in the ongoing civil war between the old-school Democrats and the Berniecrats. If the latter’s individual candidates want to stand on their principles and refuse to take any of that fossil fuel money, that’s up to them. I’m sure we’ll be able to find some Republicans willing to accept those checks.