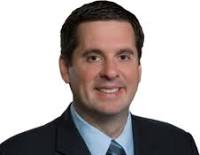 Devin Nunes called in to speak from the republic of Georgia to speak with Maria Bartiromo on the Fox News Sunday Morning Futures show this morning. The interview previews the testimony of former United States associate deputy attorney general regarding his communications with Christopher Steele after the FBI had supposedly terminated its relationship with him. John Solomon and Byron York have covered the latest revelations regarding Ohr’s involvement in the operation run by the Obama administration against Donald Trump. We have learned much, but it is unbelievable how much remains hidden below the surface.