EXCLUSIVE: ‘If someone turns up with a loaded AR-15 they will be allowed in’: Authorities ban skateboards and bats from Charlottesville rally but GUNS are permitted as police descend on city a year after Unite the Right protest

No paintball guns, no skateboards, no bats, sticks or clubs. And don’t even think about bringing bear spray or flying a drone into the center of Charlottesville this weekend.

But while those items — and many more — are banned from the on-edge Virginia city as it marks the anniversary of last year’s deadly Unite the Right rally, there is nothing to stop anyone bringing in an actual gun, even an AR-15, the weapon of choice for mass killers throughout the United States.

A handful of other cities in the state have that right, Wheeler said. Following last year’s violence, Charlottesville applied to be added to the list but was turned down.

‘It certainly does not strike me as sensible, but it’s the law,’ he said. 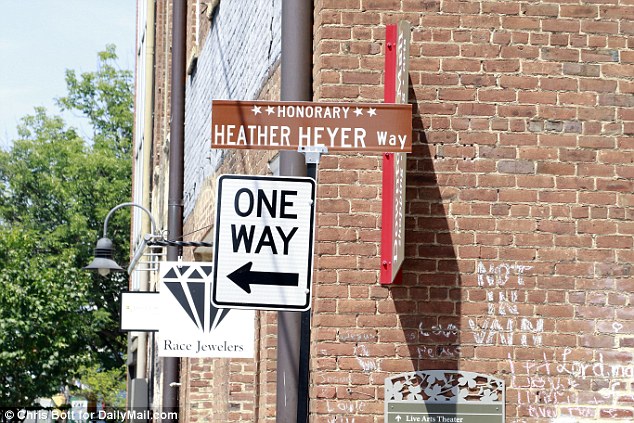 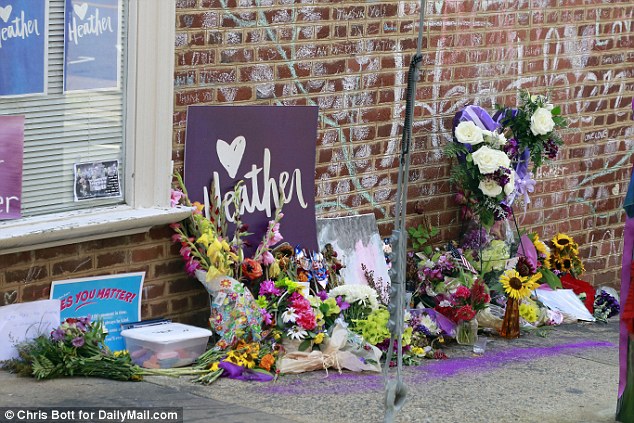 Charlottesville city elders issued a list of items that will be banned from an 18-block area in the city center all weekend just as hundreds of state police officers descended on the university town, determined to prevent a repeat of last year’s violence.

‘Lengths of lumber or wood’ are among the items included on the banned list — without specifically saying how long a length is. ‘Metal beverage or food cans or containers’ are also forbidden, as are glass bottles.’

But the only mention of guns was ‘BB guns, pellet guns, air rifles or pistols, paintball guns and stun guns.’ There was no mention of the real thing.

AR-15 semi-automatic rifles, the type of weapon which was used to kill 58 people and in last year’s Las Vegas shooting, 49 revelers at the Pulse Nightclub in Orlando, Florida, in 2016, 20 first-graders and six teachers at Sandy Hook Elementary School, Connecticut in 2012 and 14 students and three faculty members at a high school in Parkland, Florida in February are not mentioned.

Handguns and rifles are equally nowhere to be found.

‘If someone turns up with a loaded AR-15 they will be allowed in,’ said Wheeler.

People wearing masks and hoods will also be stopped from going inside the city center. 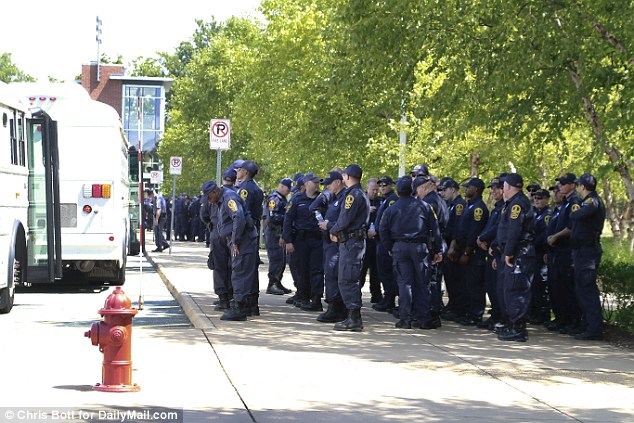 Hundreds of state police officers descended on the university town, determined to prevent a repeat of last year’s violence 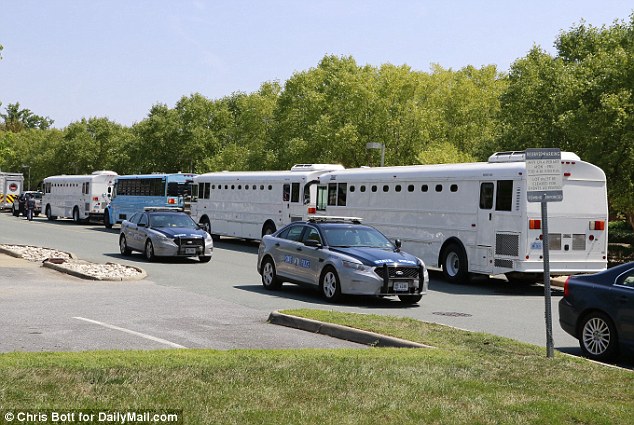 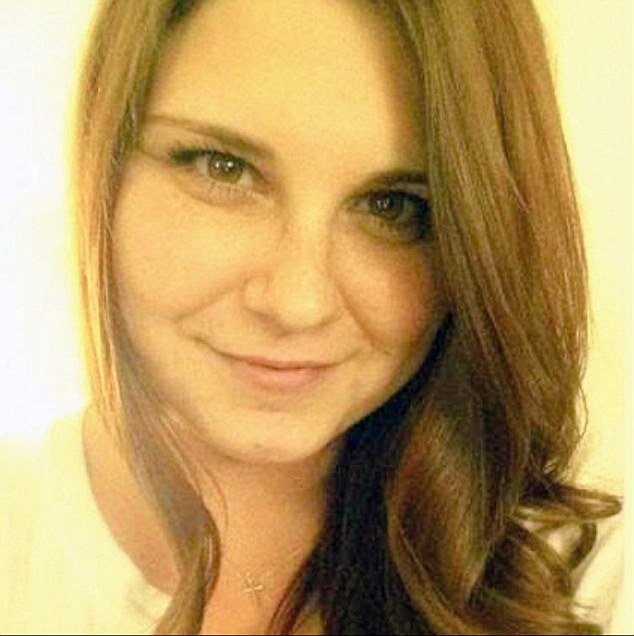 Heather Heyer, 32, (pictured) was protesting the racists was killed when she was mowed down close to the park

Charlottesville authorities say they are doing all they can to keep the city safe. Some 700 state police and 300 members of the Virginia National Guard have been brought in to bolster the city’s own police department.

Dozens of state police cars were driving round the University of Virginia campus where the extra cops are housed in the John Paul Jones basketball arena, and a state of emergency was declared.

‘It’s like they have every cop this side of the Mississippi in town,’ local resident Marybeth Collins told DailyMail.com as she walked in Emancipation Park, the epicenter of last year’s rally.

The retired teacher said she feels there will be no repeat of last year’s violence which was sparked by a rally to protest the proposed removal of a 26-ft. high bronze statue of Robert E. Lee on horseback, the centerpiece of the park — which was known as Lee Park until June last year.

‘Obviously they weren’t prepared last year. This year I think they are.’

John Kessler, the organizer of last year’s rally, has been denied a permit this year. But he has won the right to hold a protest close to the White House, in Washington, D.C. on Sunday.

Wheeler said Kessler has the right to turn up in Charlottesville so long as he does not organize a rally of more than 50 people. ‘We just don’t know whether he will be here.’

The city spokesman said he expected around 1,000 protestors in town, but admitted that figure could be way off.

The Lee statue — which is on the National Register of Historic Places — still stands in the park. Following last year’s violence, the city ordered it to be shrouded in black while legal maneuvers to remove it were worked out. But in February this year a judge ordered the shroud to be lifted. 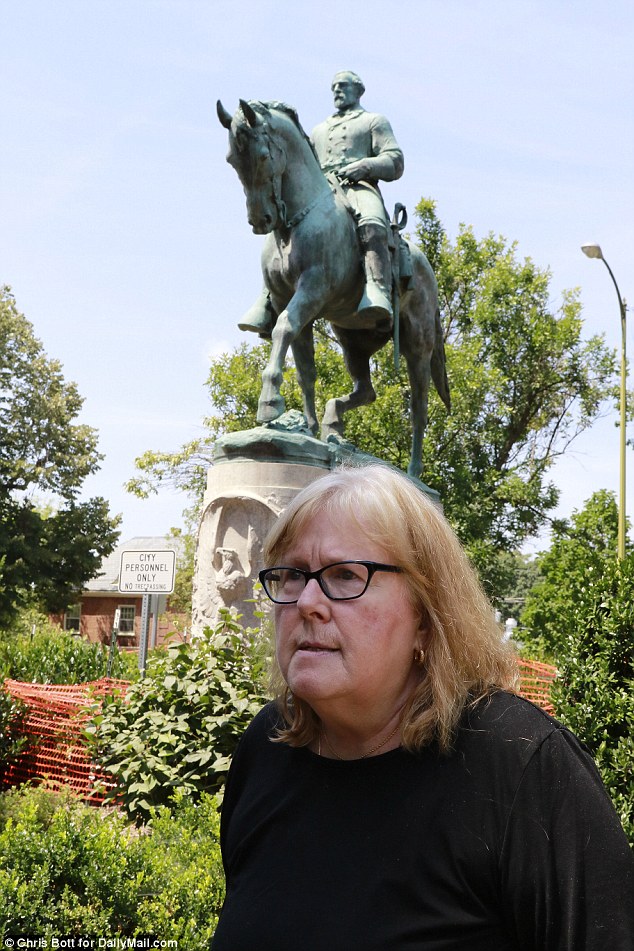 ‘It’s like they have every cop this side of the Mississippi in town,’ local resident Marybeth Collins (pictured) told DailyMail.com as she walked in Emancipation Park, the epicenter of last year’s rally. She is seen in front of the 26-ft. high bronze statue of Robert E. Lee on horseback

Heather Heyer, 32, who was protesting the racists was killed when she was mowed down close to the park. Alleged Nazi sympathizer James Fields, 21, is still facing trial charged with her murder along with dozens of federal hate crimes.

The rally became etched in the public’s consciousness after President Donald Trump insisted there were ‘very fine people on both sides.’

His remarks were condemned by all sides, including many leaders from his own Republican Party. Senior Sen. Orrin Hatch of Utah, whose brother was killed in action in World War II tweeted: ‘We should call evil by its name. My brother didn’t give his life fighting Hitler for Nazi ideas to go unchallenged here at home.’

The spot where Heyer, 32, was killed — a section of 4th Street, now renamed Heather Heyer Way — was bedecked with flowers and anti-hate chalk messages as the anniversary of her death approached.

Many in the city feel that the extra police presence will maintain the peace this year. George Hudson, a friend of Heyer’s told DailyMail.com; ‘It’s sad that they’ve basically had to close the town down.

‘And really I don’t think anything major will happen.’

‘We are seeing an overwhelming show of force to compensate for last year’s negligent police inaction,’ Woolford added. ‘For black and brown folk and other marginalized people, we know this police presence only increases our risk.’ 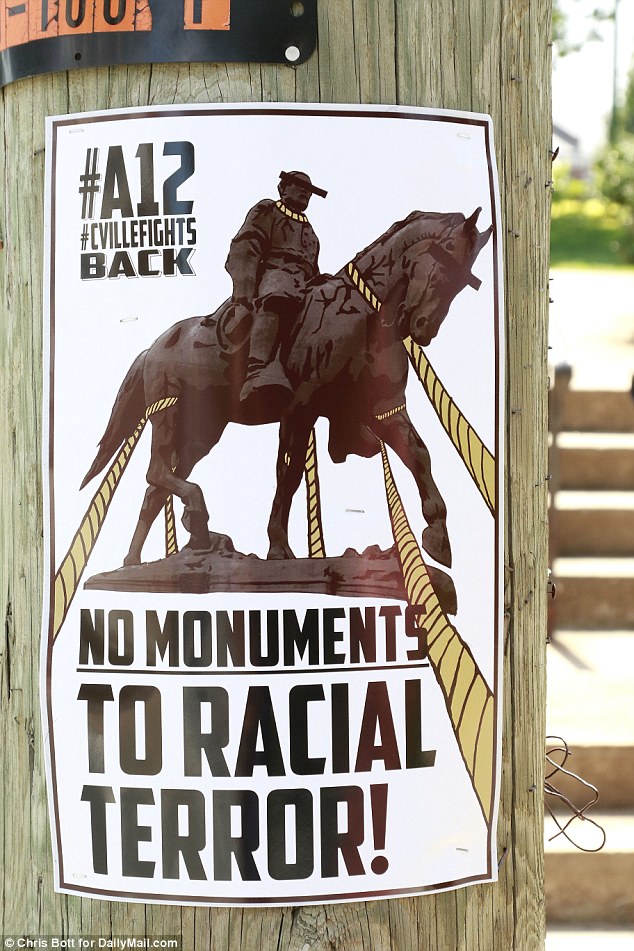 A sign is seen close to the 26-ft. high bronze statue of Robert E. Lee ahead of the anniversary of last year’s deadly Unite the Right rally