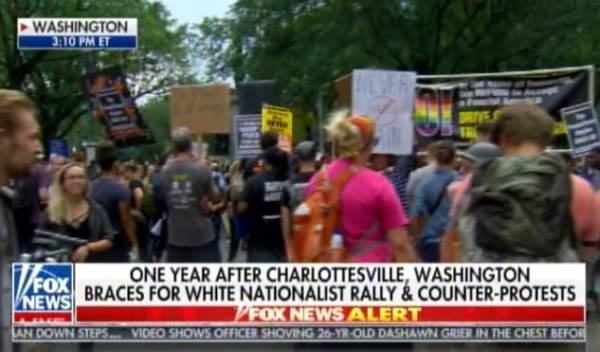 The racist ‘Unite the Right’ rally is being held today on the one year anniversary of the deadly Charlottesville race riots.

Last year Heather Heyer was killed in the race rioting in Charlottesville, Virginia.