Turkey to Trump after tariffs: You have the dollar, we have Allah 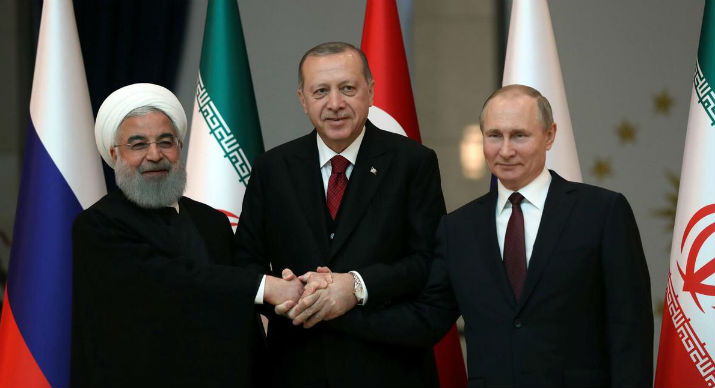 Turkish President Tayyip Erdogan is putting on a rather fierce face in reaction to new tariffs from President Donald Trump and the plunging lira. Erdogan – ever the strongman – implored the country to show economic patriotism in response to what was going on. Via Daily Sabah in Turkey.

“If you have dollars, euros or gold under your pillow, go to banks to exchange them for Turkish lira. This is a national struggle,” he said.

“This will be my people’s answer to those who declare economic war against us,” he added.

Erdoğan also said Turkish people should not worry, saying “We also have measures to guard against all negative possibilities.”

Criticizing what he called the “interest lobbies,” he reiterated that they cannot defeat Turkey.

Erdoğan said the “waves of artificial financial instability” Turkey is being subjected to ignore its economic strength, as it faces “not a single problem” in macroeconomic data, producing power, or its banking system.

He also told the people, “While they have dollars, we have our people, law and Allah,” and suggested the country’s economy was growing, despite the lira’s instability. Ed’s already looked at why comparing Erdogan’s comments to bull turds is probably an insult to actual bull turds.

He then got on the phone with Russian President Vladimir Putin. Details are a bit sketchy but both Ankara and TASS’ reports on the talk are almost a carbon copy of each other. Via Ankara:

In a phone call, Turkish President Recep Tayyip Erdogan and his Russian counterpart Vladimir Putin on Friday hailed strengthening economic and trade ties between the two countries, according to Turkish presidential sources.

The two leaders also discussed bilateral and regional issues, said the sources, who asked not to be named due to restrictions on speaking to the media.

They also expressed their satisfaction about progressing cooperation in the areas of energy and defense, and discussed the latest developments about Syria and the Astana peace talks for the war-ravaged country.

Here’s the Kremlin’s statement to TASS:

The presidents discussed the current state and prospects for further development of mutually beneficial trade and economic cooperation between the two countries…They positively assessed the implementation of joint strategic projects, first of all, in the energy sector.

I wonder if Putin transmitted the statement to Erdogan or vice versa.

The reason all this is interesting is the fact Turkey is a member of NATO, so this is troubling for the EU and the U.S. It isn’t known if Russia is going to form a new version of The Warsaw Pact, but one would guess Turkey would be hip to join the alliance. Of course, it doesn’t have to because it can have its cake and eat it too. NATO would have to protect Turkey, should someone decide to attack it, so it can get close to Russia and still enjoy all the benefits of NATO.

The solution to all this is probably releasing Andrew Brunson, but Turkey’s closer ties to Russia may make it harder to secure a deal. Market Watch suggested oil prices could hit $120 a gallon by the end of the year which would be a boon to Russia’s economy. Say things do end up going well, and Russia’s economy grows. Why would Turkey back down from the demands of the U.S. on Brunson?

I still think the best way to break down Erdogan’s hold on Turkey is increase trade with them. Increased business means increased wealth for everyone in Turkey. It gives people more of an opportunity to create companies – from a corporation to a fruit cart – meaning freer markets and freedom, in general. That could force Erdogan’s hand into liberalization, especially if he’s the typical politician who wants to stay in office. Sanctions and tariffs will only help Erdogan keep power consolidated, especially if he keeps on being buddy-buddy with Putin.