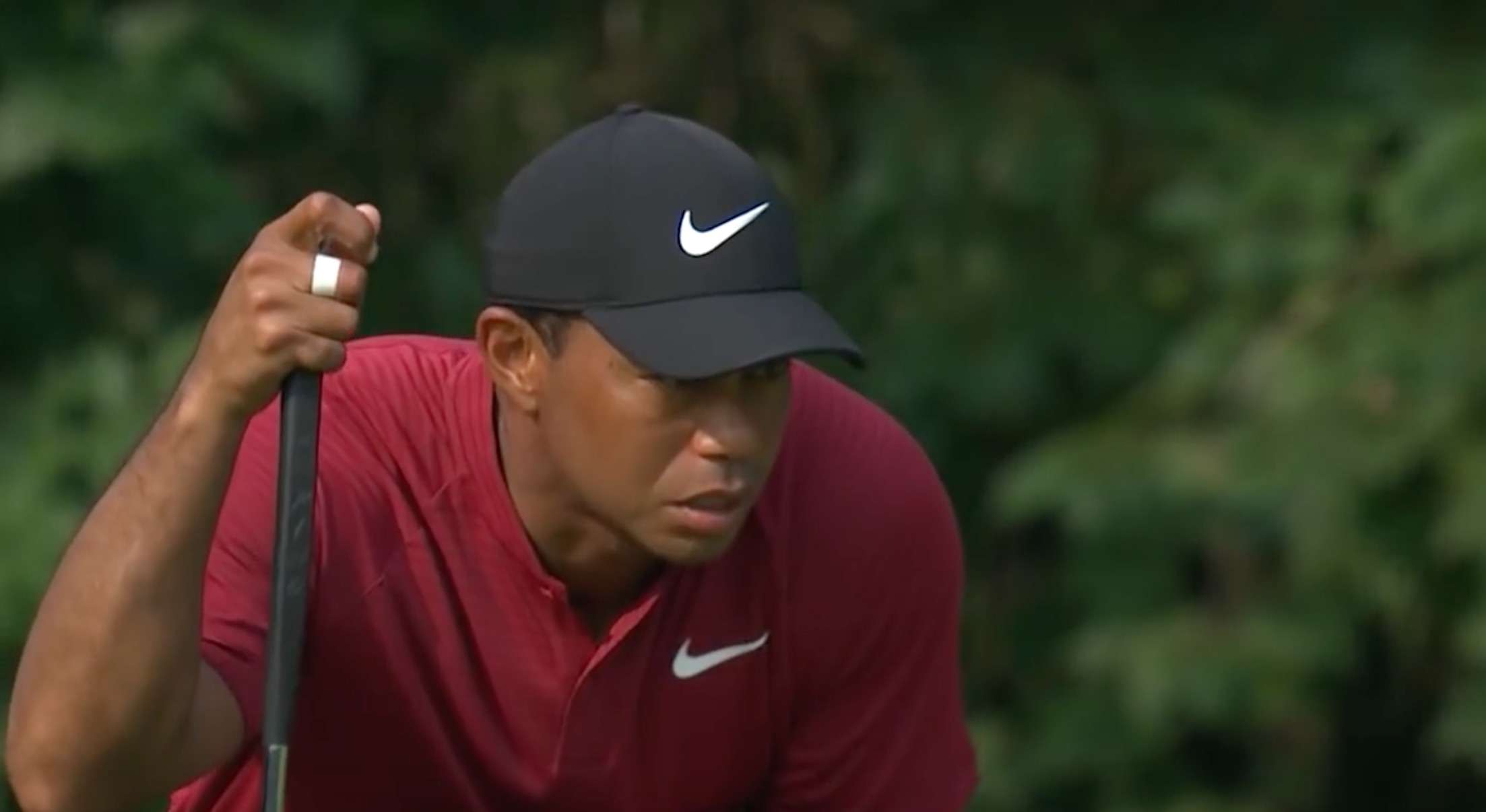 Tiger Woods came close. Closer than Dustin Johnson, Rory McIlroy, Jayson Day, Jordan Spieth, and the all the other young guns who had become contenders for the title of greatest in the world since Woods had last won a major championship, ten years ago. There was, in fact, only one man ahead of him on the leader board at the end of the day, Brooks Koepka, who might have been the winner but certainly was not the story.

The PGA championship was Koepka’s second major title this season. The other was the U.S. Open, a tournament he won last year. Back to back U.S. Opens. Three majors in two seasons in spite of having to sit one — the Masters — out for injury. That ought to buy a guy some love. But the PGA at Bellerive outside of St. Louis was all about Tiger. And the tournament was not so much about Tiger the golfer as Tiger the competitor.

In golf, you play against the course and against yourself.

The course turned out, eventually, to be not much of a problem. It was long but then, these days, aren’t they all. And it took a while for the pros to get the feel of the greens but once they did, and after some rain had softened them up, the twenty footers started rolling in. And, anyway, Tiger Woods might have favorite golf courses but there is none that he fears.

However, his other opponent — himself — looked at first like it would be no pushover. Woods started out the tournament bogey, double bogey. It was the sort of beginning you would expect from an over-the-hill former winner of majors, still teeing it up with the young studs and trying to make cuts until he can, blessedly, move on to the senior tour.

But Woods gathered it up. Sufficiently, at any rate, to finish the day at 70, even par. Another round like that and he would make the cut. Which appeared to be a reasonable and attainable goal for the aging Woods who had reason to be grateful that he was still playing. His troubles have been well documented. His determination to overcome them had been winning back the fans. Still, another major championship seemed exceedingly unlikely.

But on Sunday, there he was. Near the top of the leaderboard and wearing his customary red shirt. He had the fans with him. His game, however… not so much.

Not off the tee, at any rate. On the front nine, he did not hit a single fairway. This would normally be a death sentence in any major. In those tournaments, the mantra is “fairways and greens.”

Woods couldn’t find the fairways with a map and a GPS. But he found the greens and sank some putts. At the turn he was three under for the day and three strokes off the lead. On the 11th hole, his approach shot was some 27 feet short. The putt looked like it had eyes but at the last minute, it blinked. The ball hung on the lip of the cup, one revolution short.

Back to back birdies put him one shot out of the lead. He never got any closer. The par-five 17th might have been an opportunity. For his entire career, he has feasted on par fives. But his tee shot almost found water and left him nothing but a salvage job. Which he accomplished. But the best he could do was par the hole.

He birdied the last for a 64 and finished as runner up.

He hadn’t played his best round — all those missed fairways — but as a competitor it might have been his finest.