TAC Bookshelf for the Week of August 13 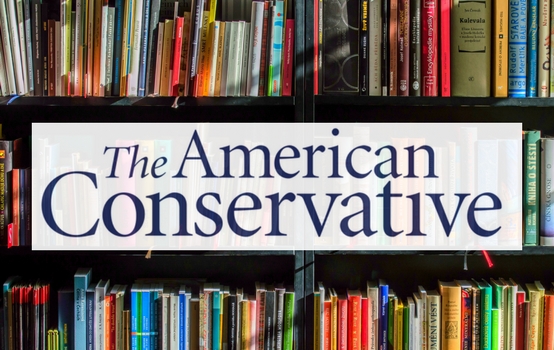 Daniel Kishi, associate editor: As a historical and cultural account, Bobos in Paradise (2000) provides much insight. In it, David Brooks documents the collapse of the old ruling class—the White Anglo-Saxon Protestant elite—and traces the development of the new one: the meritocrats.

Arising in the 1950s after a shift in priorities from Ivy League admissions offices, the ethos of the meritocrats, in Brooks’s telling, is a fusion of freedom-seeking culture war factions once at odds with one another: the bohemians (as represented by the free-spirit and “organic” character of the 1960s and the pursuit of “free expression, freedom of thought, sexual freedom) and the bourgeois (as represented by the middle-class character of the 1980s and the pursuit of “economic and political freedom”). What emerged was the bourgeois bohemian—the bobo.

Peppered with shrewd (and at times, biting) observations of upper class banalities, Brooks notes that much of the bobo ethos is predicated on consumption. And yet, propensity for self-indulgence notwithstanding, Bobos is not simply a sociological analysis of the meritocratic bobos: it’s a celebration of them.

Indeed, Brooks, a self-identified bobo, believes (or at least believed at the time of its writing) that the well-credentialed and high-achieving ruling class truly has the potential to usher in a new American century. To do so, Brooks writes that they must re-capture the “public service ethos” of the postwar leadership class and advance a post-ideological politics that pacifies the “hard-edged warriors on left and right” and instead presents a “soft and comfortable synthesis.”

Eighteen years after its publication, the meritocratic bobos still reign. But all is not well in paradise.

Not only has the legitimacy of the meritocracy been called into question (see Dream Hoarders by Richard V. Reeves and “The 9.9 Percent is the New American Aristocracy” in the June 2018 issue of The Atlantic), but the political power of the meritocratic bobos are waning as well. With a rising tide of populist and nationalist movements shaking nations across the globe, commentators on both the Left and the Right have postulated that the political program (and its failures and excess) of the Center—a political vision championed in Bobos—is largely, if not primarily, responsible for the return of the “hard-edged warriors” Brooks decries.

Gracy Olmstead, contributing editor: I just finished reading Patrick J. Carr and Maria J. Kefalas’s Hollowing Out the Middle, a fascinating book about “brain drain” and the exodus of youth from rural America. It’s a fascinating book, and as relevant today as it was when first published eight years ago. The authors give a clear-eyed consideration of small towns’ failures when it comes to keeping youthful talent from migrating elsewhere. They divide young Americans into several categories, including the “Achievers” (those who usually leave), the “Stayers” (those who usually lack opportunity or talent necessary to leave), and the “Returners” (many of whom belong to the Achievers category, but choose to return home later in life). The authors note in their introduction that the survival of rural America is important for the future of our country, but still seem to hold a degree of dislike or disdain for the towns they write about. They write like urban folk, who can easily see the vices of rural dwellers, but struggle a bit to see their virtues.

In contrast to this consideration of rural life, I’ve been reading Wendell Berry’s essays on the poetry of William Carlos Williams. The essays examine (among other things) what it means to embed oneself in a community, and how to create art that serves a place. Berry is one of those “Achievers” who chose to be a “Returner,” and this book demonstrates the artistic beauty and inspiration that can flow from that choosing.

Finally, I’m reading Carolyn Weber’s Surprised By Oxford and Holy Is the Day. Both are beautifully written chronicles of faith—different, but complementary considerations of what it means to seek out the kingdom of God. Weber taught literature at Seattle University, and her academic prowess shines through in both of these books. But it’s the raw edges of her story—the hard circumstances of her childhood in Surprised By Oxford, the harrowing birth of her twins in Holy Is the Day—that make these books potent and convicting.