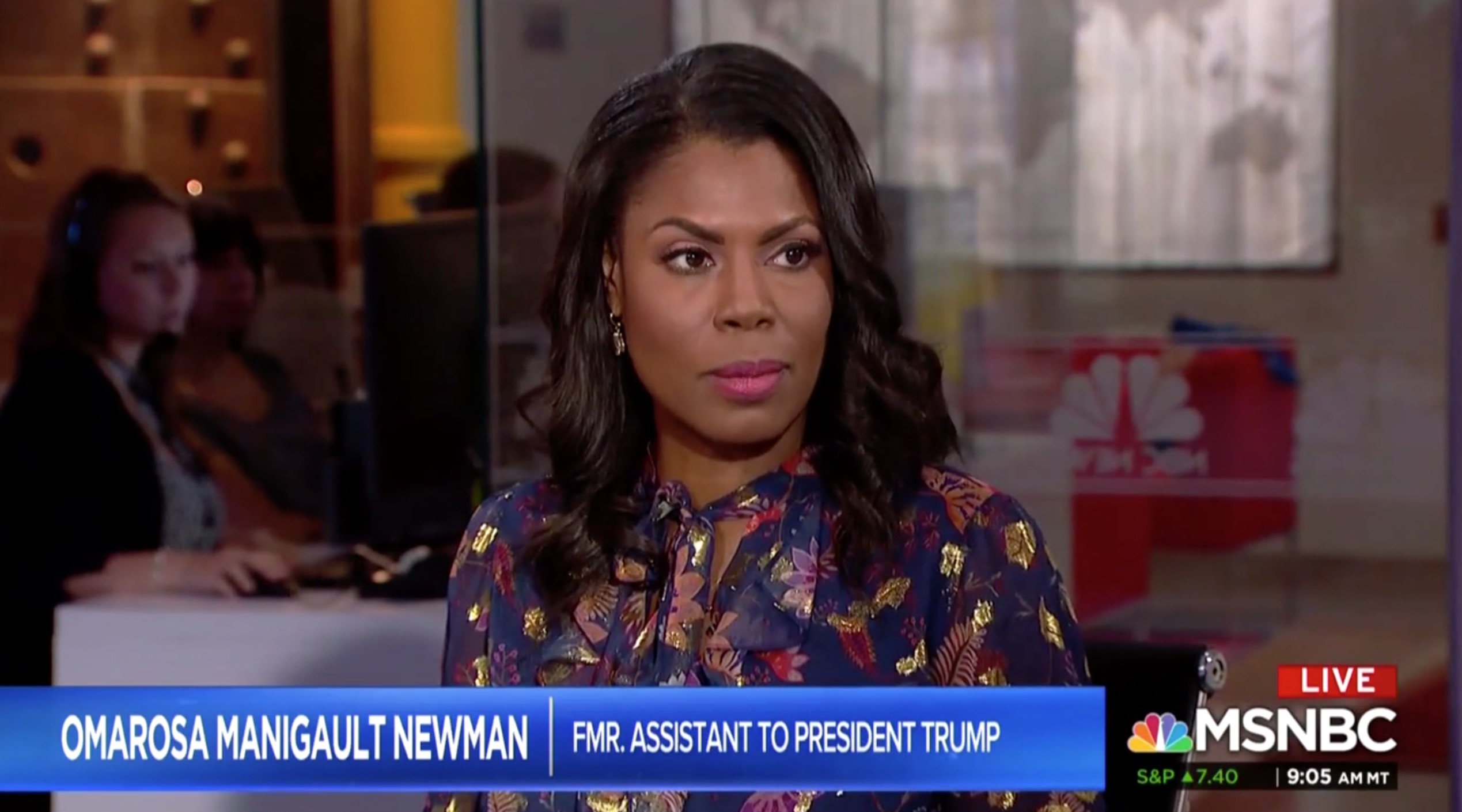 Omarosa Manigault Newman appeared on MSNBC’s Velshi & Ruhle Monday — after President Donald Trump‘s brutal Twitter attack on her — and said she expected the White House to “retaliate” against her.

MSNBC first aired the full audio recording of Manigault Newman’s firing by White House Chief of Staff John Kelly, in which he cited “integrity issues,” and asked for a “friendly departure.”

That’s after she released another tape on the Today show Monday morning of Trump expressing shock that she had been fired by Kelly.

When asked by MSNBC’s Ali Velshi if she had more recordings, Manigault Newman replied, “Absolutely.”

“Are you going to release them?” Velshi followed up.

“I don’t know,” she replied. “I’m going to watch to see. They’ve been threatening legal action, they’re trying to figure out how to stop me, they’re trying to penalize me because I would not accept the $15,000 a month deal that they offered me for the fake job on the Trump campaign.”

“I’m expecting that they’re going to retaliate,” Manigault Newman added. “And so I’m just going to stand back and wait.”

Have a tip we should know? tips@mediaite.com