How The Great Society Made a Mess of Higher Education 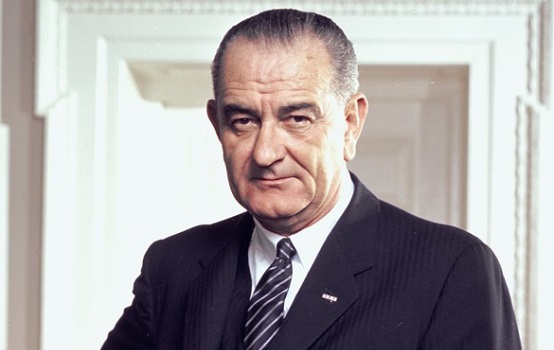 This fall, more than 20 million college students will begin a new academic year. To help cover rising tuition rates that continue to outpace inflation, they’ll rely on one or more of the federal government’s six low-interest loan programs, adding to the $1.5 trillion of student debt already owed in the United States. Despite nine repayment plans, eight forgiveness programs, and almost three dozen deferment options offered by the government, most won’t be debt-free until they’re in their 40s.

It’s easy to forget that it wasn’t always this way. Until Lyndon Johnson and the 1960s Great Society, the most significant fact about the federal government’s policy towards higher education was that it had no clearly defined policy—and it worked.

Prior to 1965, federal legislation affecting colleges and universities—and there wasn’t much—was typically incidental to some other well-established national prerogative, such as selling public land on favorable terms (the Morrill Acts in the 19th century), stimulating the economy (the G.I. Bill), and investing in national security (the service academies and the National Defense Education Act). Uncle Sam encouraged higher learning, but he didn’t bankroll it.

In fact, both George Washington and James Madison asked Congress during their respective presidencies to consider funding a national “Seminary of Learning.” They were both rebuffed on the grounds that direct support of education was not among the powers enumerated in Article I Section 8 of the Constitution.

And yet, despite the lack of federal support, colleges such as UVA, Georgetown, and Bowdoin were founded across the nation, funded by tuition, private giving, and state and local legislative appropriations. America’s belief in voluntary association and the value of higher learning provided the social and economic capital to create a robust higher education system.

LBJ’s Higher Education Act of 1965 radically broke from this tradition and injected the federal government into higher ed in an unprecedented way.

Johnson was incredibly bullish about the state’s power to solve all of America’s social ills, an outlook that had been incubated during the 1930s when he served as the first Texas director of the National Youth Administration, a part-time student-work program created by FDR. Johnson later credited the New Deal for giving him “an abiding faith in the capacity of government to change things for the better.”

From food stamps to wages, from health care to housing, there are few areas of life that LBJ didn’t think would be better off with increased federal intervention. Higher education was no exception.

Title IV, the heart of the HEA, established an array of federal grants, low-interest loans, and other forms of need-based financial aid for college students. It also made accreditation by a federally approved agency the institutional gateway for these funds, an ingenious way of allowing the government to get into the business of regulating colleges and universities.

Thanks to the foundations laid by LBJ, Washington now has an enormous amount of control over what goes on in college classrooms (and bathrooms—Title IX came with HEA’s 1972 reauthorization).

And what does higher ed have to show for it? College enrollment has soared, but so has the cost of attendance. Student loan debt has become a fact of life for Millennials now that even many entry-level jobs require four-year degrees. Not surprisingly, the number of graduates defaulting on loan payments is increasing.

Colleges and universities spend a collective $27 billion every year to comply with federal regulations so that students can take out billions more in financial aid and obtain degrees that increasingly seem to be little more than middle-class job permits. But so long as subsidies keep demand artificially high by sending the message that “college is for everyone,” schools will have little incentive to cut costs and develop cheaper educational models for the future.

LBJ’s Higher Education Act of 1965 is now up for congressional reauthorization and expansion, and it’s time for conservatives to learn from the past and reduce government overreach on campus. The Republican-backed PROSPER Act, which would reauthorize and amend the HEA, may be a good place to start. Yet the bill fails to question the operative premise of all higher ed policy since 1965—that the national government should directly support and regulate it as such. This idea, now taken for granted, was widely considered unconstitutional and imprudent until the 20th century. Even if we can’t completely pull the plug on today’s higher ed bureaucracy, let’s at least stop letting politicians and university administrators beg the question.

In the Freedom to Learn Amendments proposed by the National Association of Scholars last year—a set of suggested reforms that I had a small hand in drafting—we recommended implementing a long-term plan to devolve financial authority over federal grants and loans to the state governments. By transferring half of the Title IV allotment to the states over the next 10 years, America could take a substantive step towards restoring freedom in higher education.

As the left continues to repackage LBJ’s failed utopianism with new plans for tuition-free college, we ought to remember that the vision of the Great Society has been tried and it came up short. We’re still suffering its not-so-great consequences today.

Instead, we should draw inspiration from America’s 176 years of laissez-faire tradition on higher ed—a time when visionary philanthropists and religious associations were the primary movers behind higher learning; college wasn’t for everyone (and we were better off for it); and “free college” meant that higher ed was free from government intrusion and widespread debt.

Spencer Kashmanian is a consultant at American Philanthropic and a graduate of The King’s College in New York City. He has written and spoken about higher education policy for the National Association of Scholars.