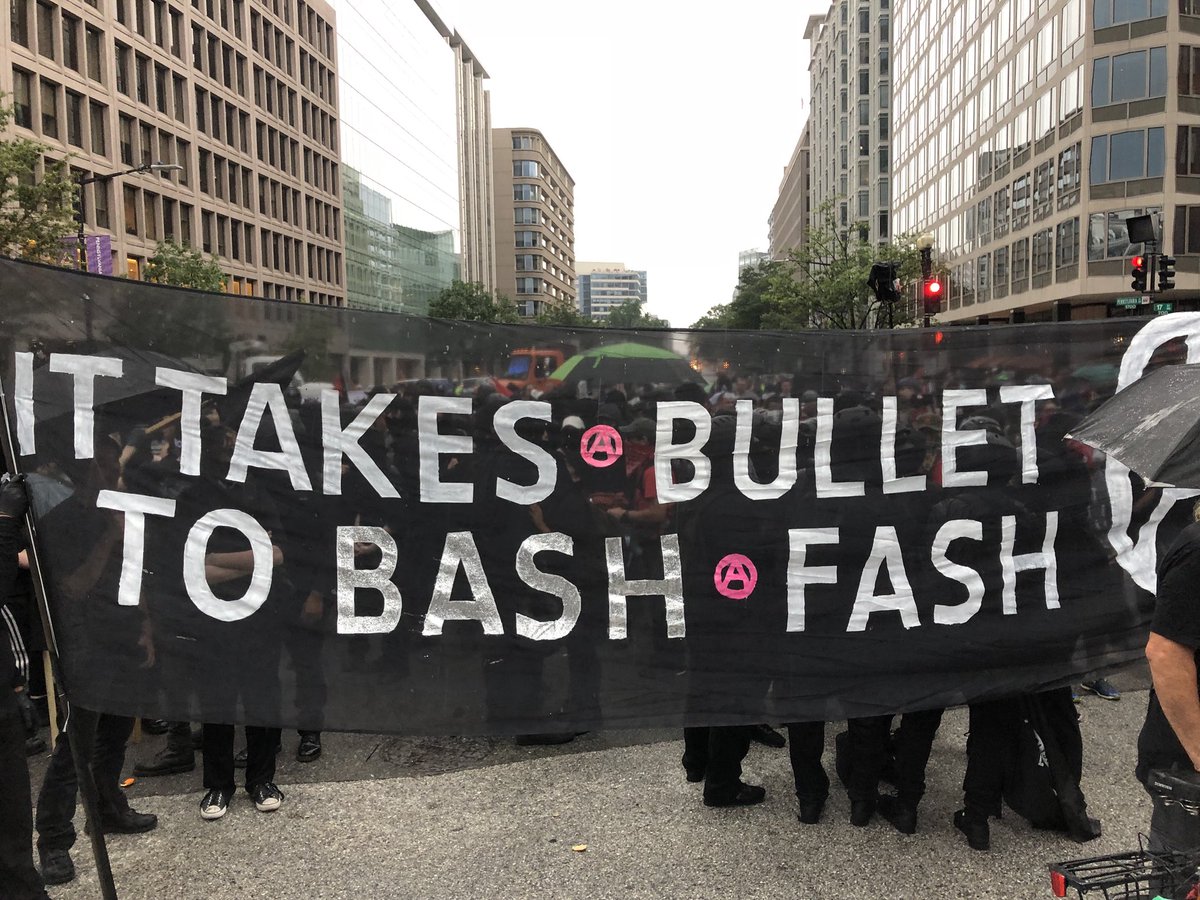 Petula Drorak is a left-liberal writer for the Washington Post. On Sunday, she attended the “Unite the Right” rallies in Washington, D.C., at which, she says, the water and popsicle vendors seemed to outnumber the Unite the Right marchers. Dvorak describes a telling scene:

“There they are! Nazis!” someone shouted, as a knot of about two dozen helmeted, masked, jackbooted marchers clomped through the back of the crowd down H Street NW. A sneak attack!

“Go home, Nazis!” some counterprotesters shouted, as the crowd began to turn and surge toward the militant-looking group.

“Wait! No!” someone yelled, one hand up.

“They’re on our siiiiiiiiiiiiide!” another love and unity demonstrator shouted.

Antifa lived up to its image and its look:

[A]fter the sad little band of Unite the Right demonstrators retreated, the nouveau antifa was still looking for a fight.

They knocked a cellphone out of a Washington Post reporter’s hands.

Masked — in black instead of KKK white — they pinballed around the empty streets of downtown D.C., randomly chanting and searching for a brawl .

Eventually, the Antifa goons clashed with the police, hitting them with water bottles and glitterbombs and forcing them to duck flying eggs and fireworks. By all accounts, there was no activity of the kinds described above on the part of the Unite the Right marchers.

Dvorak’s main objection to the conduct of the Antifa thugs seems to be that it hurts, rather than helps, the resistance to Trump. To her, the evil nature of Antifa is, at best, a secondary concern.

But Dvorak has provided a service by giving us an up-close-and-personal look at Antifa and by showing the inability of people “on their side” to distinguish them from Nazis.