And then Rudy went off on partisan hack and former CIA Chief John Brennan. 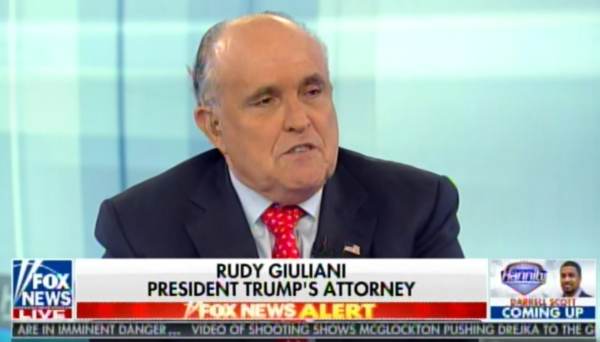 Sean Hannity: Do you see crimes?

Rudy Giuliani: Absolutely. I just told you one. The perjury on the affidavit. I was telling you about Hillary crimes a year before Comey outlined them all… She got off in a fixed investigation — run by Peter Strzok! Hah-hah. They dossier is obtained the day that they dropped the case against Hillary… I’m gonna tell you who orchestrated, who was the quarterback for all of this. It isn’t just Strzok. He’s a bit of a puppet. It’s not just Mueller, he’s a puppet…

Sean Hannity: I have a funny feeling you’re about to drop a bomb on me.

Rudy Giuliani: The guys running it was Brennan. And he should be in front of a grand jury.