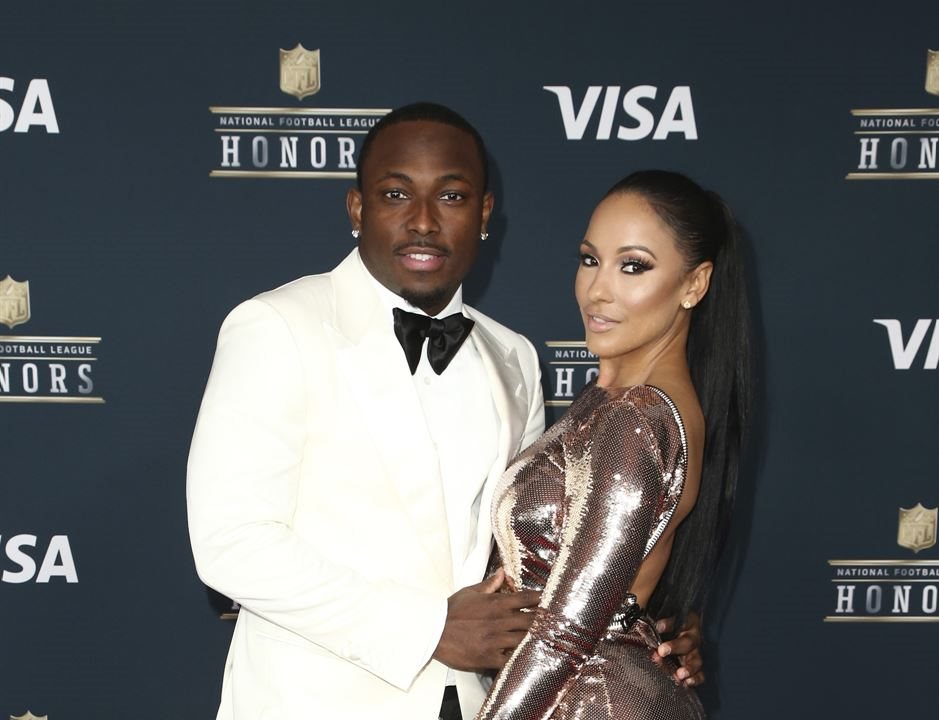 ATLANTA (AP) — The Latest on Buffalo Bills running back LeSean McCoy’s eviction proceedings against an ex-girlfriend (all times local):

Buffalo Bills general manager Brandon Beane tells The Associated Press no “legit evidence” has come to light in a lawsuit filed against LeSean McCoy to change the running back’s status as a member of the team.

Beane reiterated what he said at the start of training camp last month by saying he foresees McCoy being in the Bills lineup to start the regular season.

Beane spoke to The AP following the team’s practice at its training camp facility in suburban Rochester, New York, on Tuesday. He is the first Bills official to speak publicly since McCoy’s ex-girlfriend filed a lawsuit in Fulton County, Georgia, on Friday.

Delicia Cordon is suing McCoy for failing to protect her after she was bloodied, beaten and had $133,000 worth of jewelry stolen during a home invasion last month. She also alleges McCoy would “often brutally beat his dog,” and would also “aggressively, physically discipline and beat his young son.”

McCoy has previously denied the allegations, calling them “totally baseless” and “completely false.”

A lawyer for LeSean McCoy says the eviction proceedings against the Buffalo Bills running back’s ex-girlfriend have been finalized and she is no longer living in his Atlanta area home.

McCoy began eviction proceedings in June against Delicia Cordon. Attorneys for McCoy met with Cordon, her attorney and a mediator Tuesday afternoon and then presented an agreement to the judge in the case. McCoy was not present.

Attorney Michael LaScala said in a text message to The Associated Press after the mediation that the eviction is finalized and Cordon is no longer living in the house.

The agreement signed by the parties says a sheriff’s deputy will accompany Cordon to the home on Monday to retrieve personal items such as photos and a gold chain belonging to her son.