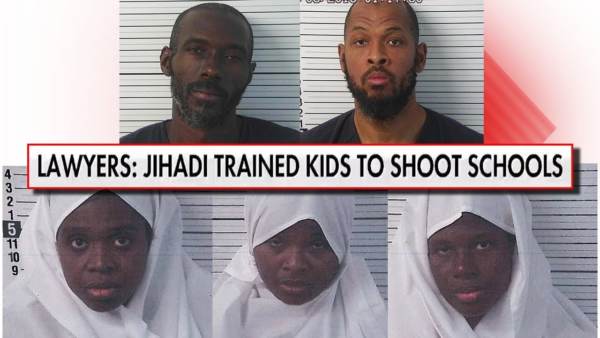 Muslim Siraj Ibn Wahhaj was arrested earlier this month at a terrorist compound in New Mexico.
Wahhaj was training children to commit mass shootings at US schools.

Siraj ibn Wahhaj is the son of a Brooklyn imam who was named as a possible co-conspirator in the 1993 World Trade Center bombing.

The Clarion Project wrote an extensive report on the New Mexico terrorist compound.

The FBI refused to act. Instead the FBI told a neighbor to wear a hidden camera and risk his life by approaching an armed Islamist extremist compound.

That means that the defendants found living on a makeshift terrorist training compound with 11 malnourished children will not have to pay money unless they violate the conditions of their release.

Judge Sarah Backus said the state did not prove the jihadis were a danger to the community.

Via FOX and Friends: