Turns out, Democrats really are turning to socialism 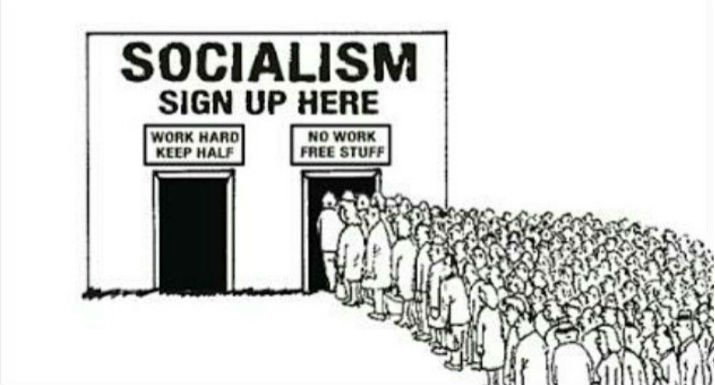 You know how you’ve been hearing all this cockamamie talk about the Democratic Party worried about losing so many elections that it’s turning for a new platform to socialism?

It seems that’s precisely what Democrats really like, especially the younger ones. No, seriously. New numbers prove it.

If such a policy twist occurs in, say, 2020, then Trump Derangement Syndrome has led that party to drive off the cliff in what is historically a center-right country.

Americans as a whole have maintained a positive stance toward capitalism. And they still do. But capitalism’s positive rating of 56 percent this year is by four points the lowest Gallup has ever encountered.

A majority of Democrats have always viewed socialism positively. Witness the 2016 primary successes and rally crowds (despite Team Clinton rigging outcomes) of Bernie Sanders, who isn’t really a Democrat but plays one in the party’s Senate caucus.

Then, this summer along comes what’s-her-name, the member of the Democratic Socialists of America with similar socialist views to Sanders. She shocked Democrats’ world in June by defeating veteran Joe Crowley in the New York 14th primary.

Crowley is House party caucus chair. He’s the No. 4 leader on Nancy Pelosi’s team of septuagenarians and, at 56, the spring chicken. He was expected to rise higher in leadership with Pelosi and the other two nearing 80.

A new Gallup survey of Democrats and Democrat-leaners finds the positive views of socialism now at 57 percent, up from 53 percent eight years ago.

But what has changed more significantly among that crowd is a decline in positive views of capitalism, from 53 percent in 2010 to just 47 percent now, a minority and 10 points below socialism.

Views of Republicans and Republican-leaders have held steady over that time span with 71 percent positive on capitalism and 16 positive on socialism.

Support for capitalism fell most dramatically among young Democrats, 18-to-29. Their positive views of capitalism plummeted from 68 percent in 2010 to just 25 percent now.

Democrats 30-to-49 held steady views of capitalism at 58 percent positive while positive views of socialism jumped from 36 to 41 percent.

Capitalism among Democrats 50 to 64 dropped four points to 60, while socialism held steady at 30-31 percent.

Senior Democrats 64 and over actually think better of capitalism today, 60 percent positive now vs 54 percent in 2010. Their support for socialism fell slightly from 30 to 28 percent. But their views are far outweighed by the young crowd.

Specific reasons for capitalism’s decline in popularity among Democrats were not offered. But Sherlock Holmes might suspect a connection between the 2016 election results and the current capitalist occupant of the Oval Office.