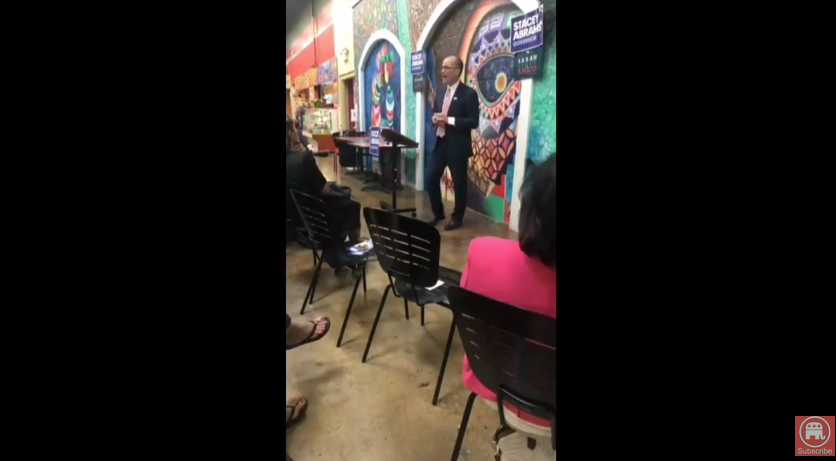 Democrats claim they have the enthusiasm edge heading into the November midterm election, but an appearance today by DNC Chairman Tom Perez may leave many wondering if that’s true.

DNC Chair Tom Perez is here on Buford Highway addressing Hispanic voters. Starting out in Spanish, he said his brother was born here and his father was stationed at Fort McPherson. pic.twitter.com/wws1cozHOX

A photo tweeted by reporter Amanda Coyne shows only a tiny group listening to Perez’s remarks.

“And when we put hope on the ballot, we win,” he continued.

“And when we put fear on the ballot, we don’t do so hot. Let’s face it, fear won in 2016, but let’s also face it, hope is making a huge comeback,” he said, before stoking fear.

“And that is not being hyperbolic. America as we know it is on the ballot.”