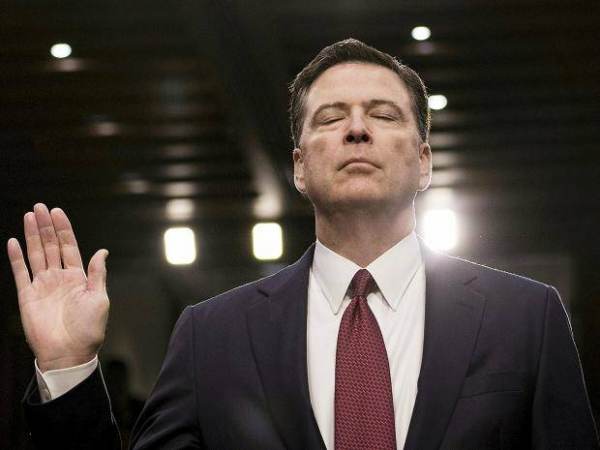 Former FBI Director James Comey is strangely silent on Twitter after his partner-in-crime Peter Strzok was fired this week.

Strzok was fired last Friday, his lawyer made the announcement on Monday morning and not a peep from Comey.

James Comey usually takes to his Twitter account to lash out at the Trump administration or post a sanctimonious quote to express his disapproval every time an FBI hack gets fired.

They’re dropping like flies and this is a direct reflection on Comey’s directorship.

To put it frankly, James Comey was a terribly corrupt leader and the unprecedented firings and demotions of top FBI brass are proof of that.

The FBI director, his deputy, and their lead counterintelligence investigator supervising both the Clinton and Trump investigations have all now been fired. Tells you something about the Comey FBI, eh?

Peter Strzok was James Comey’s protegé and was with him every step of the way to make sure Hillary Clinton was cleared of her crimes while the bureau worked to frame Donald Trump for crimes he didn’t even commit.

Peter Strzok was the architect of the Russia investigation into Donald Trump, dubbed ‘Crossfire Hurricane‘ which officially began on July 31st.

Just like James Comey, Peter Strzok defrauded the FISC by providing information which was used to obtain FISA warrants on Carter Page; they both made false statements during their Congressional hearings.

FBI Deputy Director David Bowdich ordered the firing of Strzok after the Office of Professional Responsibility recommended Strzok only be suspended and demoted.

So why is Comey so quiet?

It is important to note that Bowdich and Comey were close–in fact they were both involved in the Clinton-Lynch tarmac meeting cover up.

Comey has fired off a tweet every time a top FBI agent has been fired or demoted; this is the only time he has chosen to remain strangely silent.