Republicans Lose Faith in the FBI for All the Wrong Reasons 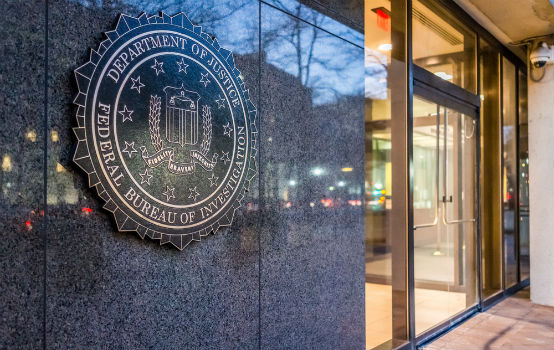 A new Pew Research poll released on July 24 shows that Republicans are rapidly losing faith in the FBI. While there are a slew of legitimate reasons to not trust our law enforcement agencies, Republicans’ current skepticism is grounded more in petty politics than serious concerns over civil liberties violations.

According to the poll, 49 percent of Republicans view the agency favorably, while 44 percent view it unfavorably. Compare that to January 2017 when President Trump took office: 65 percent had a positive image of the FBI, and only 21 percent viewed it negatively. This recent trend has directly coincided with an increased view among Republicans that the Bureau is working to undermine the president. A poll conducted by NPR and PBS Newshour in April of this year found that for the first time a majority of Republicans viewed the FBI as biased against Trump.

The longer the FBI probes the Trump administration’s alleged connections to Russia, the deeper this seed of distrust will be sowed—but for all the wrong reasons. Instead of worrying about the abusive nature of our surveillance laws, Republicans are motivated by a false perception that the agency is becoming more politicized. As the Cato Institute’s Julian Sanchez put it: “The question we should ask isn’t whether the FBI followed the laws in wiretapping [former Trump aide] Carter Page—they clearly did—but whether the laws they followed protect our privacy well enough.”

Sanchez is right: civil libertarians shouldn’t put too much stock in Republicans’ sudden gripes with the FBI. Historically, the GOP (and the public as a whole) have firmly supported the Bureau even amidst massive scandals and abuses.

In 1975, a bipartisan Senate committee, commonly known as the Church Committee, charged the FBI and CIA with illegally spying on hundreds of thousands of Americans and plotting to assassinate Chilean President Salvador Allende. Yet even this massive scandal failed to dampen the American people’s opinions of these agencies—by the end of the year, the FBI had an overall approval rating of 81 percent.

Fast forward to 2005: amid ongoing controversies over the Bush administration’s use of the Patriot Act to spy on American citizens without warrants, Republicans came rushing to the Bureau’s defense yet again. An ABC News/Washington Post poll from June of that year found that 80 percent of Republicans still wanted to reauthorize the Patriot Act, 60 percent wanted the Postal Service to allow the FBI access to domestic mail, and 42 percent wanted to expand the FBI’s record searching abilities. Not to mention the FBI received a “good” or “excellent” rating from a majority of Americans all five times Gallup asked during the war on terror, despite the fact that it was continually trampling on the Fourth and Eighth Amendments.

Ten years later in 2015, the FBI found itself at the center of yet another national civil liberties hullabaloo. Following a shooting in San Bernardino, California, the Bureau tried to force Apple to unlock the alleged killer’s iPhone. Had Apple caved to the Bureau’s demands and built a so-called “encryption back door,” it would have made the data of all iPhone users susceptible to attacks by hackers and law enforcement. Yet even this massive overreach didn’t turn Republicans against the FBI. A Pew poll from 2015 found that 70 percent of Republicans supported the agency, which was ironically run by their now-nemesis, James Comey.

Republicans have stood by the FBI through decades of warrantless surveillance, attempts to decrypt our most personal communications, and clear violations of the Constitution. It’s hard to believe that their emerging distrust is sincere.

If the FBI were not currently investigating a GOP president, Republicans would almost certainly be bending over backwards to support them. It is abundantly clear that their sudden dislike of the FBI is driven entirely by politics, not a newfound concern over our abusive surveillance laws, the erosion of due process, or the obliteration of the Fourth Amendment.

Dan King is a writer for Young Voices, a journalist, and a digital communications professional based in Arlington, Virginia. His work has appeared in National Review, Reason, The Week, and the Weekly Standard.